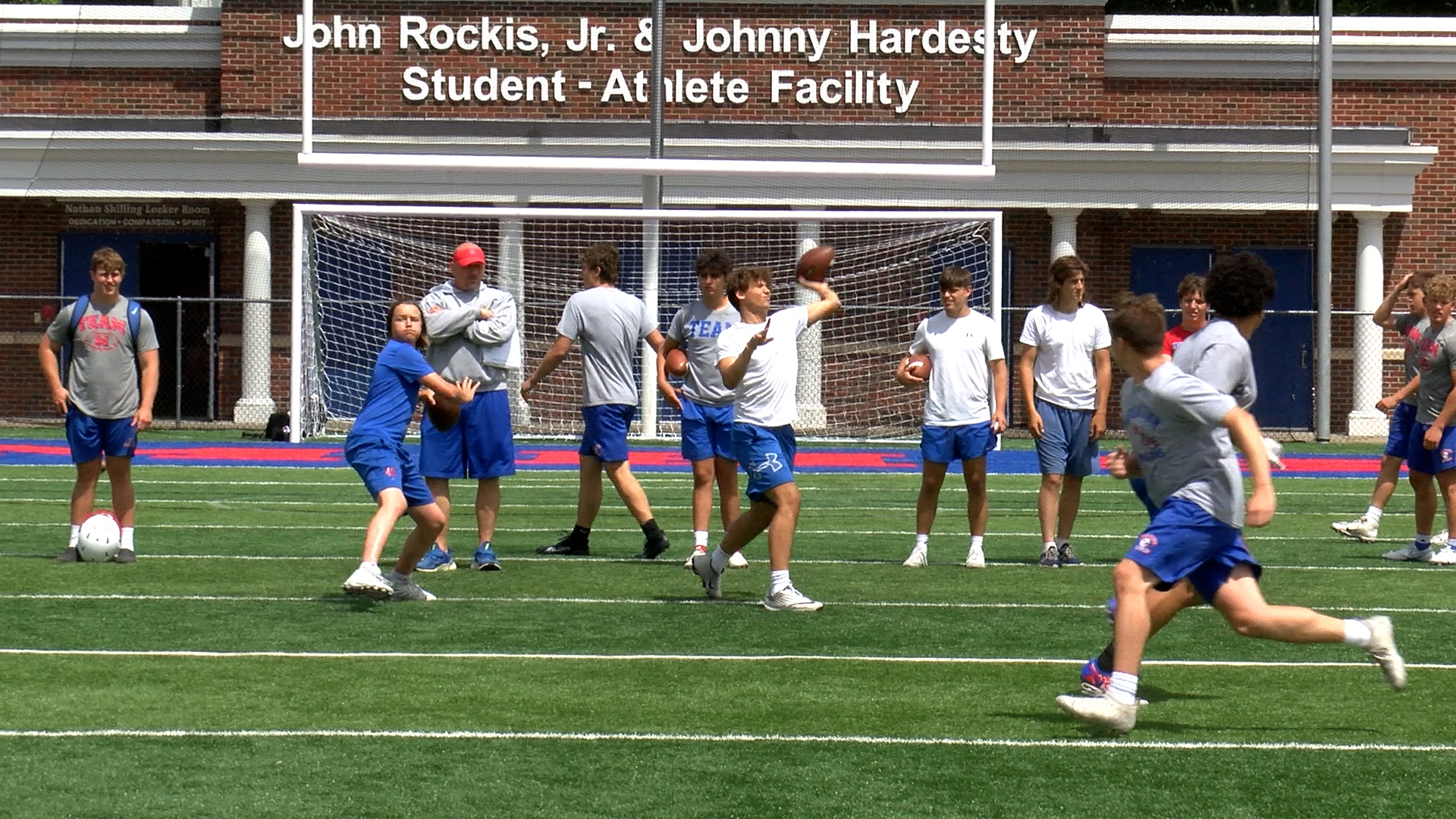 MORGANTOWN, W.Va. — Morgantown returned to the Class AAA playoffs last fall for the first time since 2018. After a 1-3 start to the season, the Mohigans won four of their last six games to earn a postseason spot in Sean Biser’s second season as head coach.

“Honestly, I think the kids just stayed the course and just tried to improve every week,” Biser said. “I don’t know if one single thing clicked. We just kept improving and improving.

Biser joined the MHS program at the start of the pandemic in 2020 and the Mohigans played just six games that season. Participation numbers and offseason achievements are on the rise as Biser enters his third season. He estimates as many as 130 players could be on the roster this fall.

“We started out with really thin numbers the very first year. It has grown every year. We just fitted 114 kids the other day and then we had several more come after that. And we still have a few more to fit.”

While the weight room is a key element of offseason work for any team, the Mohigans also go to ‘Speed School’, where progress can be clearly measured.

“We time them twice a week. We’ve got data on our kids from back in March when we started running outside. You can look and see that we have improved our speed each week. Speed is kind of like growing a garden. You have to water it every week and every day and you have to keep it going.”

Biser’s traditional Wing-T offense, which was a staple of his successful tenure at Keyser, will once again be utilized. Caleb Nutter, Brodrick Washington and Bobby Powell are veteran returners in the backfield. Many more will be needed in the run-heavy system.

“We were so decimated by injury that we really developed some depth in the backfield last year.”

Paving the way for those backs is a line that is led by Braylon Brown and is bolstered by several returning veterans.

“It is a good, solid group that works pretty hard together. It all starts up front.”

Junior Maddox Bowers is the most experienced veteran at the quarterback spot and is entering his third year in the system.

“He’s an intelligent kid so that really helps out. He knows our system inside and out. He’ll give me, ‘Hey what about this, what about that’. So he has a full understanding of everything that we are doing. That is huge for him.”