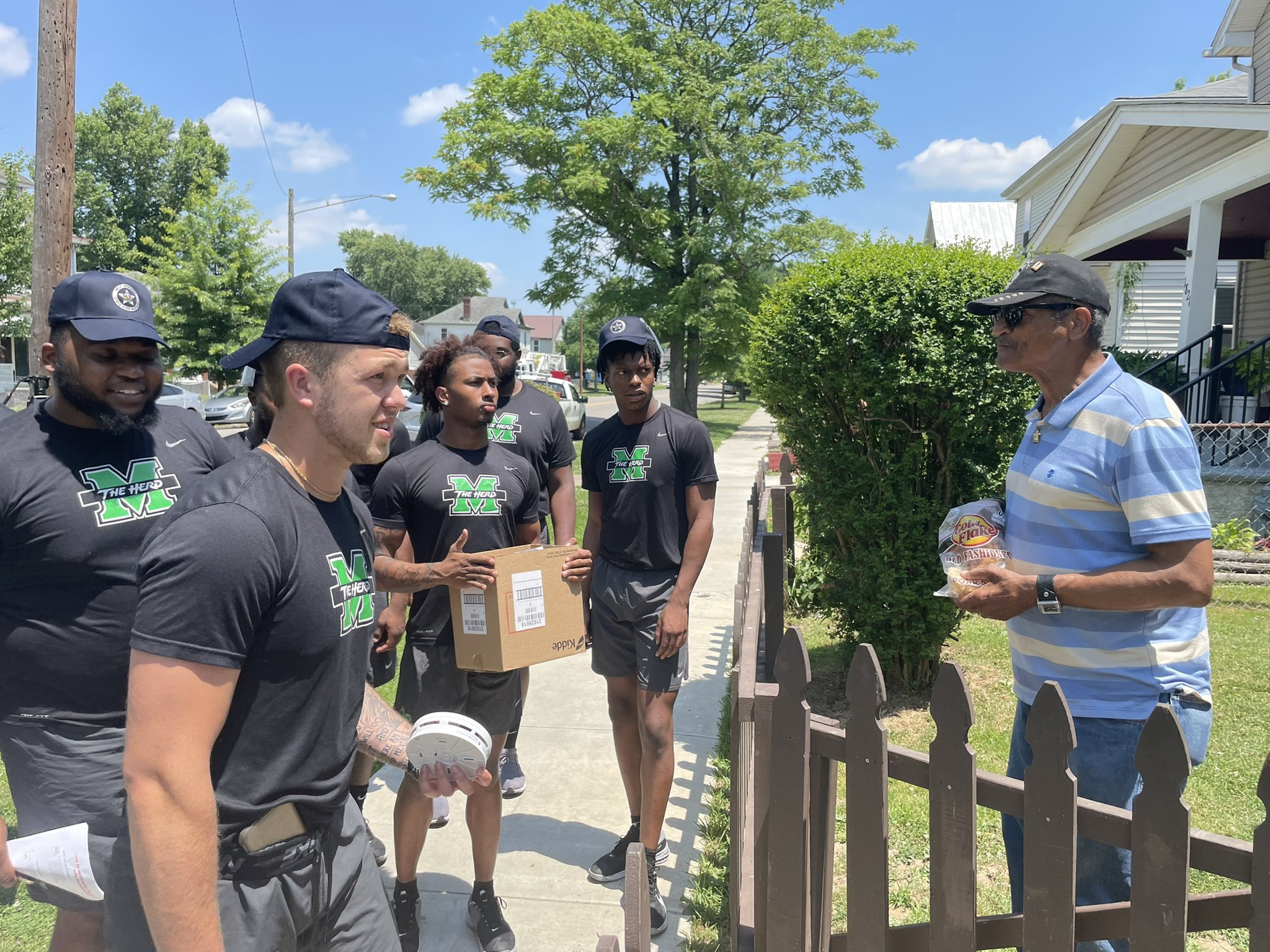 Members of the Marshall football team speak with a community member on Wednesday.

Representatives with the West Virginia State Fire Marshal’s Office, the Marshall University Football team, the City of Huntington, the Huntington Fire Department, and the American Red Cross joined forces to install smoke alarms in the homes and apartments.

All residents who enrolled in the Fairfield Community Smoke Alarm Installation Program received a free smoke alarm Wednesday. No pre-inspection of the residence was required before installation.

Bryan Chambers, Communications Director with the City of Huntington told MetroNews that the city targeted this neighborhood has suffered two fatal fires since 2016 that have claimed multiple lives. He also said data shows this neighborhood leads the city in structure fires annually.

Chambers said they had planned to install 65 smoke detectors on Wednesday but expects the number to be higher based on the awareness the event brought to the neighborhood. The West Virginia State Fire Marshal’s Office obtained funding for the detectors.

“As we went out into the community, there were more and more people who were seeing what was happening and asked the installers if they could install two smoke detectors in their homes as well,” Chambers said.

Chambers noted that the city offers this program year-round.

According to the National Fire Protection Association, West Virginia had the second-highest rate of fire deaths per million from 2015-2019; a number that can be decreased significantly by the number of smoke alarms properly installed in homes.

“If anyone wants working smoke detectors, if they want to make themselves feel safer and be safer, all they need to do is call the City of Huntington Fire Marshal’s Office and we will install those smoke detectors,” Chambers said.

The Great Marshall U/Huntington/WVSFMO/ARC smoke alarm install was an incredible success: over 60 homes had brand new smoke alarms installed by the members of the Marshall football team. The Fairfield area of Huntington is much safer now from fires thanks to these young men. pic.twitter.com/Y2hWLIQhSk