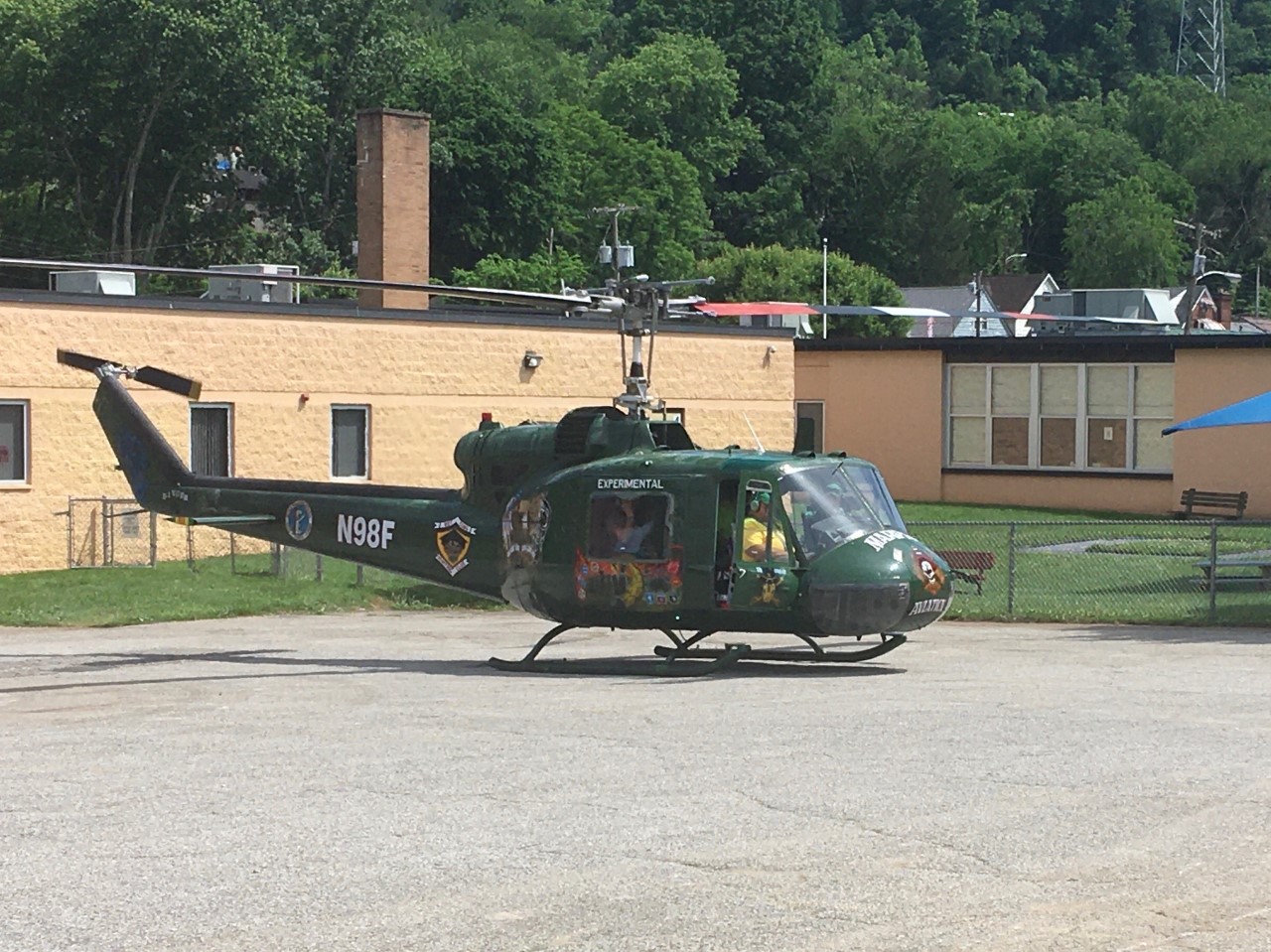 This is a Huey Helicopter with a tail number that matches the one that crashed in Logan County. This picture is from the Run for the Wall event in late May in Nitro. (Photo/Joe Stevens)

CHARLESTON, W.Va. — Investigators with the National Transportation Safety Board on Thursday released more information regarding a fatal helicopter crash in Logan County.

Six people died in the helicopter crash, which happened Wednesday near Kelly Hollow. The aircraft crashed onto state Route 17.

According to investigators, the flight was part of an annual event called the Huey Reunion; MARPAT Aviation offered helicopter rides in the Bell UH-1B helicopter involved in the crash.

According to Federation Aviation Administration records, the tail number of the helicopter is registered to Gordon Prescott of Princeton.

The NTSB noted the helicopter left Logan County Airport before 5 p.m. with a pilot and five passengers on board. Investigators described two of the passengers as “pilot-rated.” The victims’ names have not been released.

Investigators said the flight was the final planned flight of the day. The helicopter’s flight path was different from the tour paths offered earlier in the day.

The helicopter crashed on state Route 17 around four miles northeast of Logan County Airport. Investigators noted most of the wreckage was “consumed in a postcrash fire.”

“The helicopter was not equipped, nor was it required to be, with either a cockpit voice recorder or a flight data recorder,” investigators noted.

FAA records described the helicopter as built in 1962.

Officials will recover the helicopter on Friday and take the aircraft to a secure location. The investigative team is expected to complete its scene work within seven days.

A preliminary report regarding the crash is expected within 15 days of the incident.

NTSB spokesperson Peter Knudson told MetroNews that investigators will focus on three areas with its inquiry.

“We look at the pilot, the helicopter, and then we look into the operating environment, and we do a deep dive into each one of those areas,” he said.

The NTSB is receiving assistance from the FAA, Bell Textron and Ozark Aeroworks as requested.