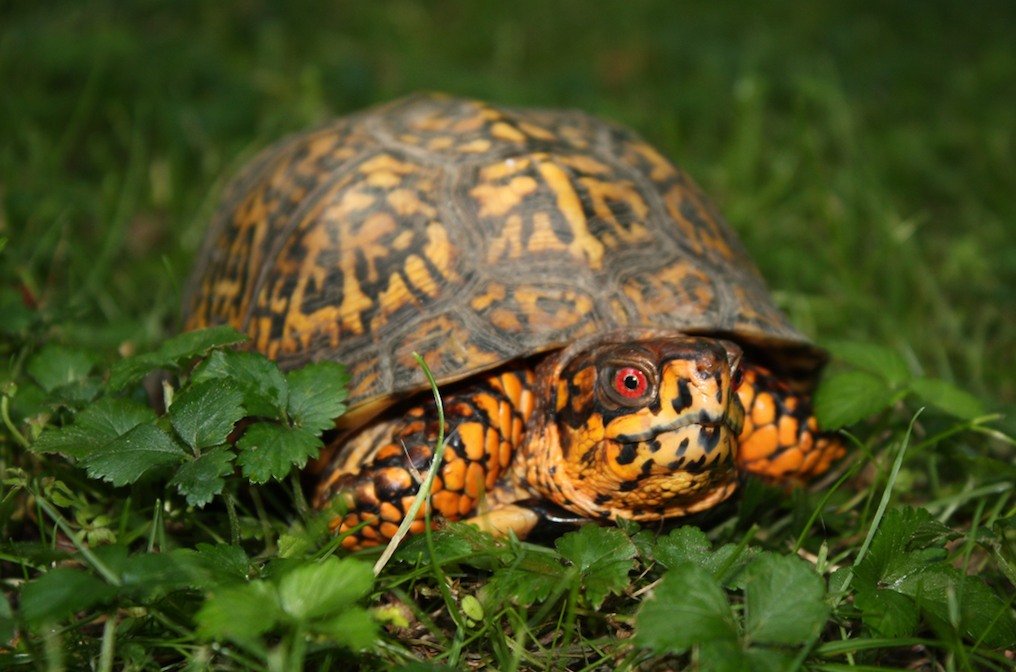 ROMNEY, W.Va. — Although painted box turtles are a fairly common site to most West Virginians, the species faces a substantial threat which most Mountain State residents had no idea existed.

The Division of Natural Resources recently approved new regulations which make it illegal to possess a box turtle. At one time the law allowed for you to keep as many as four. That was modified in recent years to one, but is now at zero to reflect similar regulations in neighboring states. The problem is the black market.

Oxenrider, speaking on a recent edition off West Virginia Outdoors, said in recent months Natural Resources Police along with agents of the U.S. Fish and Wildlife Service have charged individuals with anywhere from 150 to 400 turtles in their possession. Along with the turtles, poachers are making off with the state’s native snakes and other critters as well.

According to Oxenrider, the creatures we find so common in the hills and hollows of our state are prized possessions in the Far East.

Unlike some illegal wildlife trade, like bear gallbladders, the illegal sale of box turtles is purely for pets.

“Reptiles overseas in place like Asia and Hong Kong, they love having these animals as show pieces in their homes. They are being sold for the pet trade,” he explained.

During the past two years, Oxenrider led a Citizens Science Project in West Virginia to encourage people who see a box turtle to document the sighting with a picture and a location which was reported via app to the DNR. The aim was to get a database of where the turtles were located. The response was overwhelming. More than 8,500 responded to the project and Oxenrider said it gave them some key information.

“We do have them distributed across the state of West Virginia. We have a record in every single county. Although we did find there is a very obvious cutoff in elevation. Anything over 1,230 feet, we’re not seeing them any higher than that,” he said.

The elevation creates a barrier between the eastern panhandle and the rest of the state’s turtles which are not found in the highest elevations of the Allegheny Range. Biologists can use the  information for management decisions in the future. However, Oxenrider worries the issues with poaching will continue having a negative impact.

“It’s definitely something that flies under the radar and people don’t realize. It’s not just box turtles, it’s every turtle species we have in West Virginia. When people think of illegal trade in wildlife, they think of elephants, ivory, and rhino horns, but what they don’t realize actually the largest driver of the illegal global wildlife trade is reptiles. West Virginia is not exempt from that and we’ve had lots of our animals poached and sent,” he said.