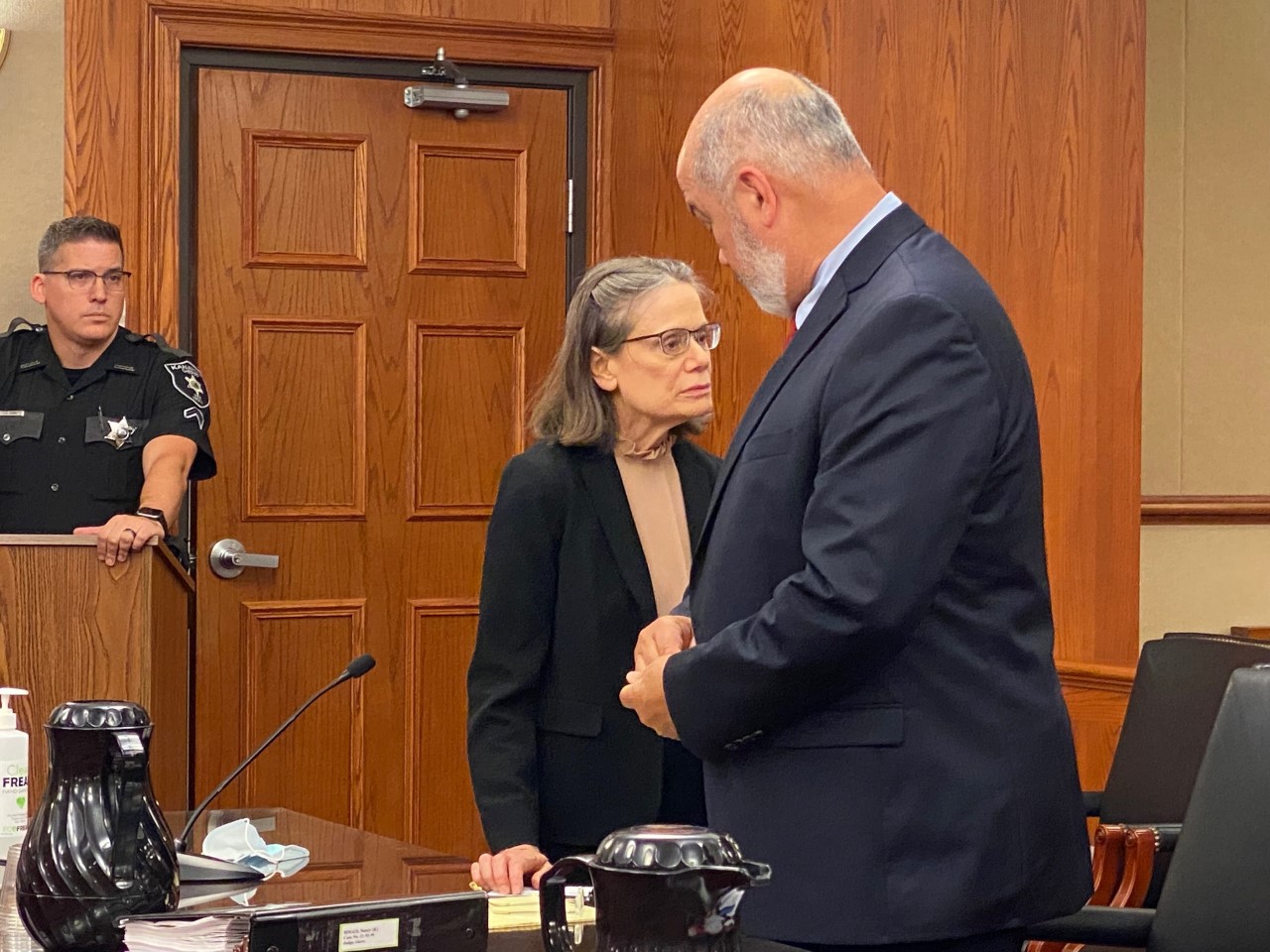 CHARLESTON, W.Va. — A former Kanawha County teacher was taken into custody Tuesday after a judge handed down the maximum sentence for physically and verbally abusing special needs students last year.

“You turned your classroom into a place that can only be described as torture,” Kanawha County Circuit Judge Maryclaire Akers told Nancy Boggs before sentencing her to 10 years in jail.

Boggs, 67, previously pleaded guilty in May to 10 counts of misdemeanor battery in connection with the Sept. 2021 abuse of three students in her classroom at Holz Elementary School in Charleston.

Each incident was captured on surveillance video, which is required by state law.

“I think that it’s only fair that the court is able to play these videos so that everyone understands what we’re talking about,” Akers said before the videos were shown in court.

Family members of the three students wiped away tears as they witnessed, for the first time, Boggs pushing and shoving their children, pulling one student’s hair and banging another student’s head on a desk.

“Mommy doesn’t care. She taught you bad and you’re being a big baby,” Boggs said to one student in the video. “We’re here to to work. You think you’re some kind of big shot and you’re not. Low man on the totem pole. No body every cared about you.”

Boggs apologized to the parents for what she did.

“I accept full responsibility for the harm I have caused you,” she said.

Boggs officially resigned from her teaching position in Nov. 2021.

The victims were all non-communicative students between the ages of 8-10 identified as S.P., T.B., and A.S.

Craig and Beth Bowden publicly identified their son as Trenton Bowden, who was 9 years old at the time of the abuse. The couple testified before Boggs was sentenced.

“Our children are the most vulnerable and you knew that,” Beth Bowden told Boggs. “You made our worst nightmares come true.”

The Bowdens said Boggs was in a position to make a difference in kids’ lives, but she broke that trust.

“You can look at us and say you’re sorry, but we got no excuse as to what happened. Our kids don’t have voices, but you do,” Beth Bowden said.

The much publicized case resulted in additional protections to state law when it comes to classroom recordings. Two bills were signed into law by Gov. Jim Justice this year. It’s the strongest legislation tied to classroom video recordings in the nation.

HB 4600 would make it a felony for a person in a position of trust to verbally or physically abuse a disabled child, or to neglect to report abuse they witness.

SB 261 calls for more frequent viewing of the classroom video. A school administrator is required to review the video for no less than 15 minutes, no less than every 90 days. The school system is also allowed to release classroom video to attorneys representing students and their families and to investigators.

Craig Bowden spent much of his time at the state Capitol over the last year speaking to lawmakers to make sure this kind of abuse doesn’t happen to other kids.

“When it happened, I was immediately looking for the good in it and it didn’t take long to find that, and it actually got harder for me once the Legislature was over because I didn’t have anything to put energy into anymore,” Craig Bowden told reporters following Tuesday’s hearing.

Elizabeth Foley and Mark Pressman, parents of S.P. who they have identified as Sophia Pressman, held back tears as they described the horror their daughter experienced at school.

“You made the other students make fun of her,” Pressman told Boggs.

“You swept trash onto my child,” Foley said.

“You made her eat lunch off of the bathroom floor,” Pressman added.

Foley said, even after all that, her daughter still felt the need to apologize to her teacher.

“She would sit and write apology letters to Ms. Boggs after going through that all day,” she said.

Sophia moved from Texas to Charleston to receive a better education. “To know that she left a great teacher in Texas to come here, just for that?” Foley said.

Foley said her daughter will bounce back because she truly cares about Boggs.

“She did not break her,” her parents said. “She even wants to give Ms. Boggs a hug after all she’s done. She said Ms. Boggs is in her heart.”

Boggs’ attorney David Moye said his client “has a lot of remorse for the families” and that she should not be sent to jail. But Judge Akers said Boggs deserved a higher penalty of 10 years because she was in position of trust for more than three decades.

Boggs was handcuffed immediately after sentencing and taken to the South Central Regional Jail.