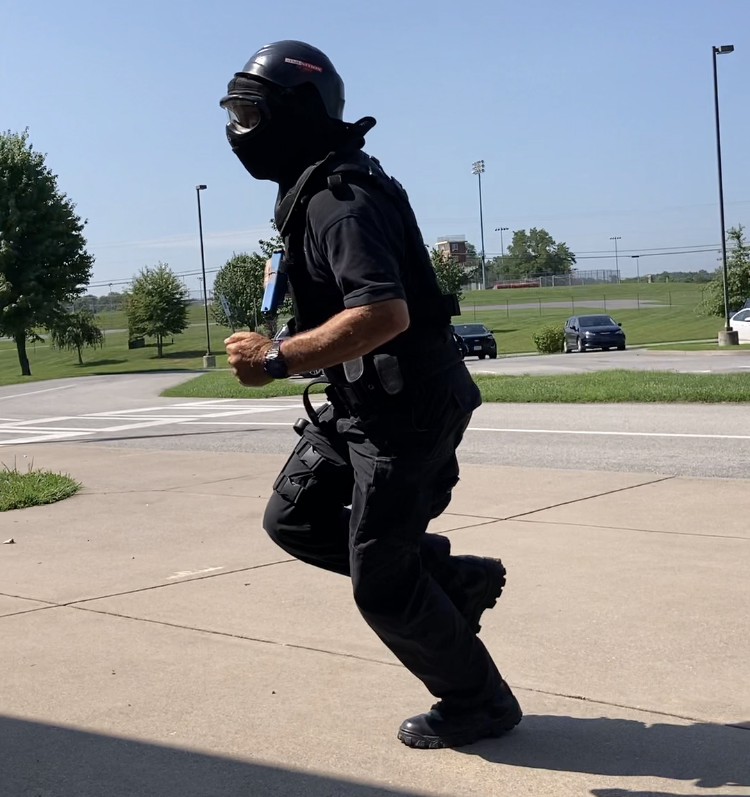 “This is mainly for our first responders and how they act initially in that first five minutes,” Olack said.

He said role players comprised of school staff and other volunteers made it feel real to the first responders and the location of a middle school adjacent to a high school campus was ideal for training.

“We chose this location specifically because of the logistics that we have here. This made the most sense for our first practice scenario,” Olack said.

Berkeley County Sheriff Nathan Harmon said the day was the culmination of a lot of planning and cooperation.

“This replaces a stigma that this won’t happen here to a mentality that we are ready and we are prepared,” Harmon said.

Jefferson County Sheriff Tom Hansen said the best thing about the drill was it a simulation of real life.

“We’re trying to make sure that past failures don’t happen here in the Eastern Panhandle and the only way to do that is by training and by training realistically,” Hansen said.

“We want our communities to know that rather than sitting on our heels we are being proactive,” Bohrer said.

“There is nothing more important to the Martinsburg Police Department, to my deputy chief and my staff than the safety of our children, so this kind of training is crucial,” Swartwood said.

First responders went through six different scenarios throughout the morning.

It was a first of its kind training which was designed to help strengthen regional coordination and planning capabilities.

According to Hans Fogle, Public Information Officer for Jefferson County Schools, the exercise focused on the critical decisions which would need to be made in the first minutes, hours, and days following a large-scale event.

Among the issues discussed and exercised:

• Communicating quickly and effectively with the public during an emergency

• Command, control, and interoperable communications between all response agencies