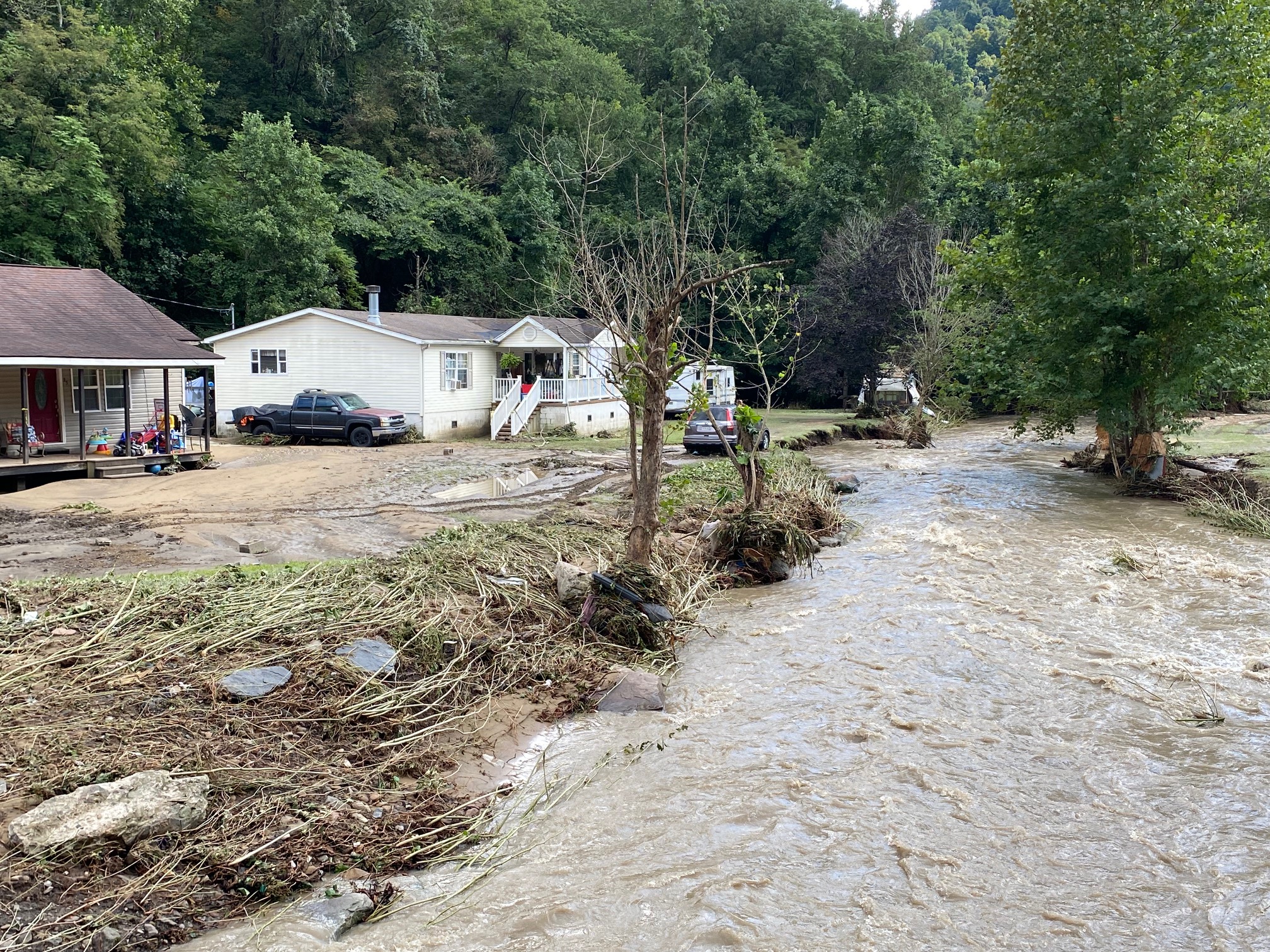 MOUNT OLIVE, W.Va. — The state Department of Environmental Protection and other agencies are working on a plan to change sewage treatment at Mount Olive State Prison in Fayette County after the sewer line below the prison was destroyed in Monday’s flash flood.

State DEP Secretary Harold Ward said removing the sewer generated by the prison from that broken line is a top priority. He said Mount Olive already has a lift stations in place to handle its sewage before it goes into the line. He said options are being explored on what action to take on site.

“We can probably do something as simple as solid storage containment up on top and then chlorination. We are looking at several options right now,” Ward told MetroNews.

Ward said the new options may be completed in stages.

The DEP issued a recreational use advisory Wednesday for a section of the Kanawha River from Smithers downstream to the London Locks of Dam—because of the chance that raw sewage has made it into the river.

“This is simply a recreational use (advisory) so people are aware and they can informed decisions about what activities they want to take,” Ward said.

According to the advisory, “People should avoid water contact recreation activities in the affected area, such as swimming, fishing, water skiing, and certain types of pleasure boating (e.g. sailing in a very small craft or outboard motor boats).”

The DEP said the order does not include water plants on the Kanawha River because their filtering systems should be able to handle anything that’s flowed into the river.

The sewer line from the prison to Smithers is maintained by the Kanawha Valley Falls Public Service District. It was destroyed in several sections in the flood of Smithers Creek along Cannelton Hollow,” DEP Secretary Ward said.

“About two-and-half miles of line that was completely destroyed and preliminary reports are indicating that in that hollow there’s an additional 3,000 feet that’s impacted by sediments and rocks that will have to be addressed,” Ward said.

Smithers Mayor Anne Cavalier said for now residents along Cannelton Hollow are having to turn elsewhere for sewer service.

“We do have residences where the sewage facilities are not operable at this time,” she said.

For now residents can take showers and use facilities at Valley School in Smithers. Cavalier said when the school year begins next week, the services will be switched to Smithers City Hall.

Cavalier said the amount of debris has made it difficult assessing the damage to the line.

“Hopefully as this goes forward we can look at in the future at other items. I know the administration is interested in looking at this holistically so that we can avoid this in the future if at all possible,” Ward said.