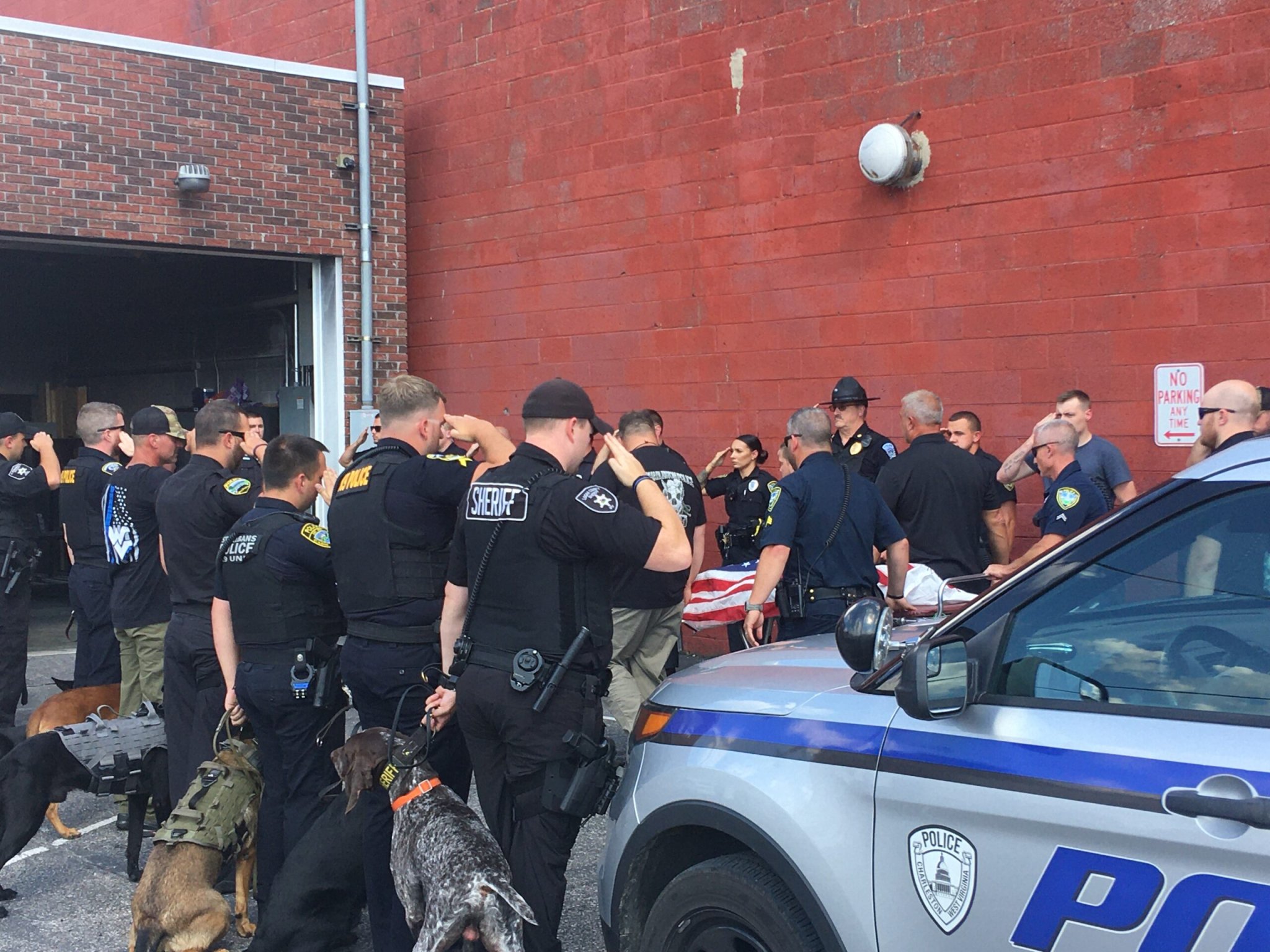 CHARLESTON, W.Va. — A K-9 officer killed in the line of duty late Saturday night in Charleston was honored Sunday afternoon in a processional that began at the state Medical Examiner’s Office in Charleston and ended in Nitro.

Charleston PD Officer K-9 Axel died late Saturday night after being shot by a man police wanted on a felony warrant. The shooter was killed by police who said the officers were at a “very close distance” when the suspect shot Axel in a wooded area near East Point Drive.

“We are saddened by the loss of K-9 officer, Axel,”  Goodwin said in a Sunday news release. “Our thoughts and prayers are with his partner, Josh, and his family – as well as all of our men and women in blue.”

“With a heavy heart and mixed emotions on our tragic loss of one of our most loyal officers, I am thankful yet saddened. I am thankful Axel was faithful, selfless and most of all fearless in his duties for he saved the lives of two of our officers, but deeply saddened K-9 Axel is now gone,” Chief Hunt said. “Please keep Axel’s partner, Ptl. Clendenin and all of our Charleston Police Department in your thoughts and prayers as we cope with the loss of our K-9 officer.”

Police haven’t released the name of the shooter but WCHS-TV, citing sources, reports that it was Samuel Paul Ranson, 50. The Kanawha County man  was wanted in connection with a stabbing last week in the same area.

Hunt is expected to have a news conference Monday to talk more about the shooting.

Axel’s body as taken from the state Medical Examiner’s Office in Charleston to Cooke Crematorium in Nitro Sunday afternoon.

“This is just like losing an officer. These dogs are highly-trained and they’re treated just like a police officer would,” Gaylor said. “It’s hard to lose these dogs.”

Gaylor said a K-9 officer is part of the family.

“We’re with the dogs on 12-hour shifts and we’re with the dogs at home and to lose one, especially early on like this, he was a young dog and he was really phenomenal, it’s just devastating to the department as well as to the handler’s family,” Gaylor said.

A service is expected at a later date.