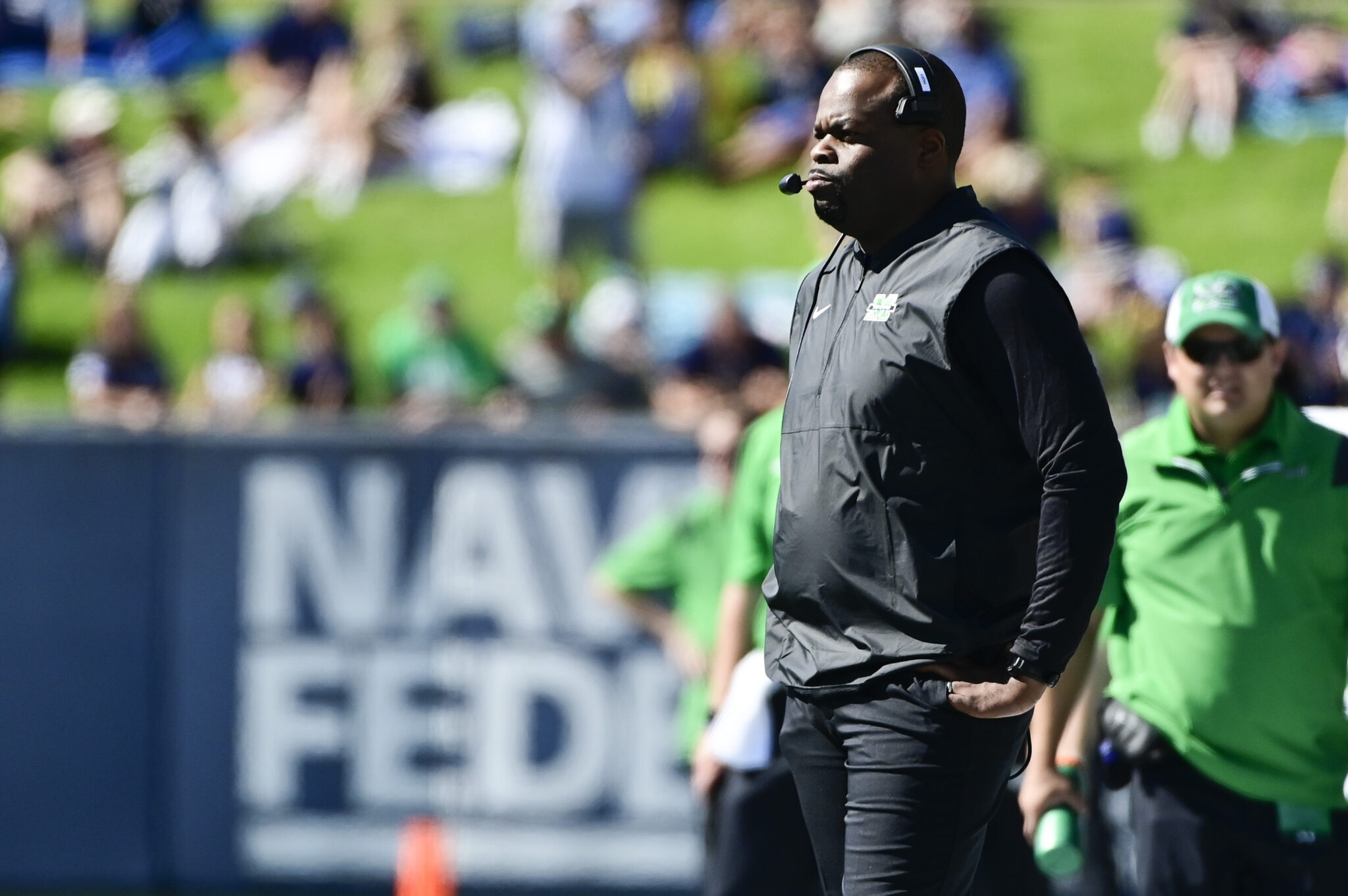 The Herd and Spartans are meeting for the second time, as Marshall defeated NSU in Huntington 45-7 in September of 2015.

Marshall hopes to continue its recent run of success in season openers with the Herd having won nine straight.

A year ago, in Charles Huff’s first season as head coach, the Herd finished with a 7-6 record, including 5-3 in its final Conference USA season. The Herd lost 36-21 loss to Sun Belt member Louisiana in the R and L Carriers New Orleans Bowl.

The game has some added luster for Huff, who is an alumnus of Hampton University, a Norfolk State rival.

After this week’s game, Marshall will get ready for a much-anticipated trip to South Bend, Indiana to face Notre Dame.  The September 10 matchup begins at 2:30 p.m. and will be carried nationally on NBC.

Norfolk State faces a second-straight Sun Belt Conference team next week as it travels to Harrisonburg, Va. to take on James Madison.

Colombi, who is at his third school, won a competitive battle for the starting job with Cam Fancher, the only signal caller in camp with game experience at MU last year.

In his stops at both Texas Tech and Utah State, Colombi has thrown for 2,816 yards, 15 touchdowns and 10 interceptions. How he meshes with MU’s talented receivers will be crucial.

Colombi’s comfort in scrambling will be crucial as he works behind an offensive featuring multiple new starters.

KHALAN LABORN’S TIME TO SHINE: With the recent announcement that Marshall preseason all-conference running back Rasheen Ali wouldn’t be available for early-season games, the attention turned to sixth-year senior Khalan Laborn, a Florida State transfer with plenty of past honors. Laborn was a five-star recruit for the Seminoles in 2017 and both Rivals.com and 247 Sports rated him that year as the nation’s top all-purpose back.

His work at FSU was limited to 297 yards and four touchdowns in 2019. Laborn now has a chance to show that the hype is justified as he could be Marshall’s featured back for much, if not all, of September.

The contributions of Poca’s Ethan Payne will also be crucial as the sophomore is Laborn’s backup. Payne got experience as a freshman last year late in wins as he played in 11 games, ran 20 times for 89 yards and two touchdowns and caught four balls for 14 yards.

DON’T GIVE THEM HOPE: Norfolk State is a proud HBCU institute and carries the MEAC’s banner into two opportunities for eye-opening wins this week at Marshall and next week at James Madison. These opportunities against FBS opponents are rare for teams like the Spartans and you can be assured coach Dawson Odums will have his squad prepared to take a good shot at the Thundering Herd. T

There are players on the NSU roster who are capable of giving Marshall fits, including running back JJ Davis, the MEAC Preseason Offensive Player of the Year. The Spartans had seven preseason all-league picks, with wide receiver Da’Quan Felton joining Davis as an offensive playmaker and plenty of quality defensively.

Huff has warned his Marshall team all week about two possible issues — overconfidence and looking ahead to next week’s game at Notre Dame. Early scores and strong performances by Marshall could be quick solutions to those issues.