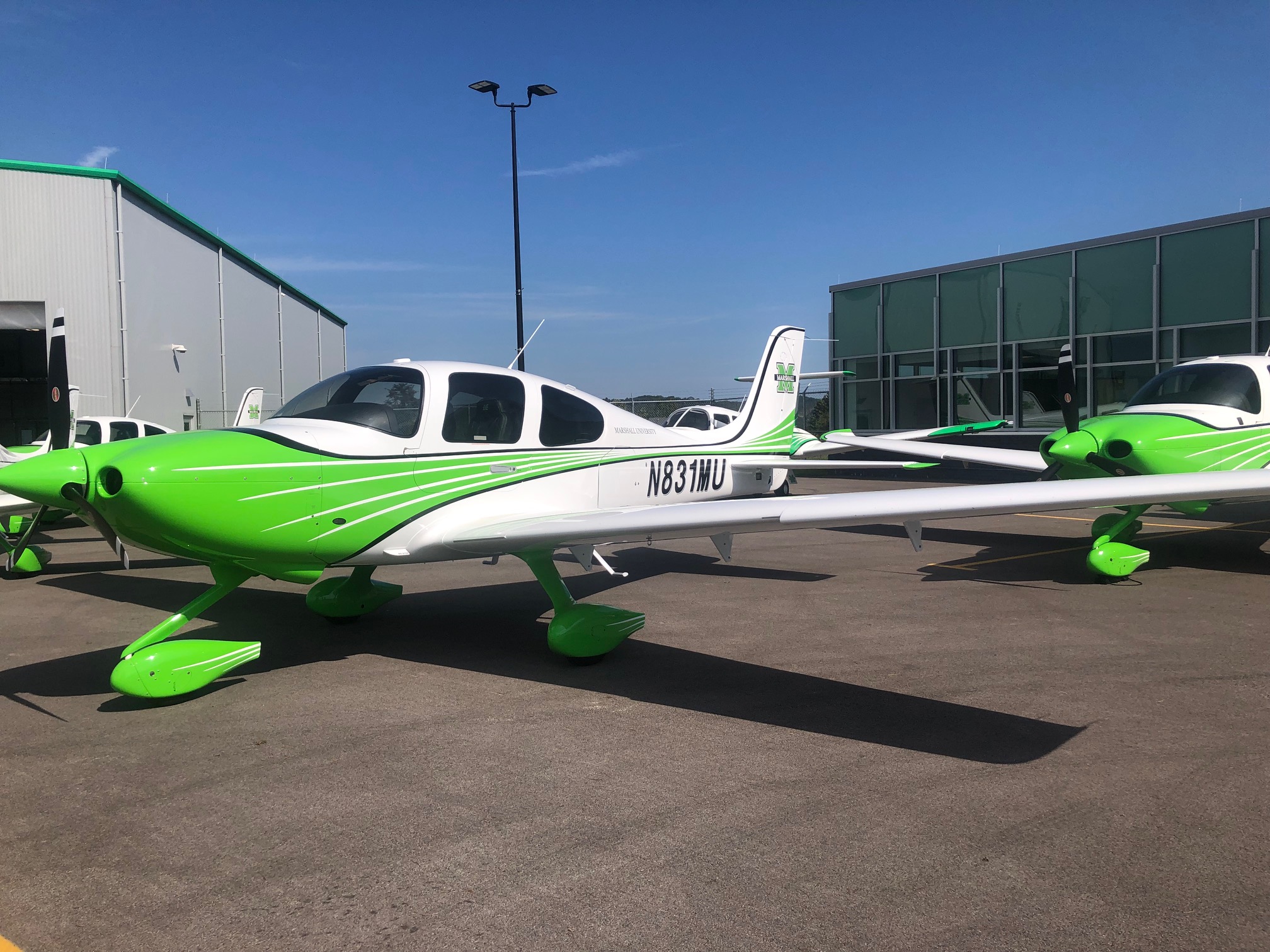 A new Cirrus SR20 was delivered to the Marshall flight school on Wednesday afternoon.

A new Cirrus SR20, with the tail number N831MU, was flown from Cirrus’s Knoxville facility to the West Virginia International Yeager Airport (CRW). The new airplane will be the fourth of its kind in the Bill Noe Flight School’s fleet. This unit, and another to be delivered later in the fall, will allow the school to meet the student demand for flight time.

“When you have almost 60 students that need flight training and only have a couple of airplanes, it makes scheduling tight. We need to match the demand with the assets on hand,” Bill Noe, the namesake of the school and Marshall’s Chief Aviation Officer told MetroNews.

The school’s current enrollment is 56, with several additional students scheduled to begin their training in the Spring 2023 semester. Noe said the school is ahead of its planned growth. August marked the start of year two of the school.

In February, the school welcomed its first multi-engine aircraft. Noe flew the Marshall-branded Piper Seminole onto the tarmac with crowds gathered to watch from the school’s 12,000 sq. foot hangar.

According to Marshall, the Cirrus SR20 is an ideal airplane to train professional aviators, as it is a highly sophisticated airplane with many safety features not available in other airframes and navigation equipment similar to commercial aircraft.

Noe said the plane would be flown just a few hours after arrival at CRW.

“They are not doing anything for you if they are sitting on the ground. Getting them up, into the air is of vital importance. We have our maintenance hangar behind us and a staff that keeps them up and running for us. When they are available, they are flying,” he said.

Noe, who was appointed to his current position earlier this month, said the larger fleet and growth of the school will help recruit students. The school also features an Aviation Maintenance Technology program located at Tri-State Airport in Huntington.

“It casts a bigger footprint and gets us more recognition, makes us more well-known and gathers more interest. Hopefully, we will continue to enhance the growth,” Noe said.