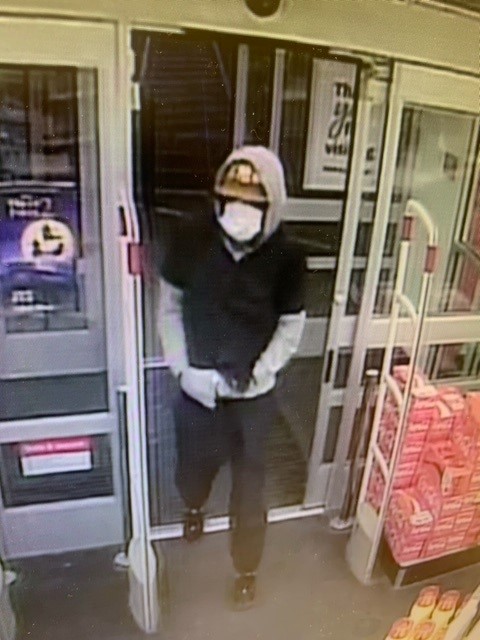 CHARLESTON, W.Va. — Police are on the hunt of a man suspected of robbing a Walgreens at gunpoint late Tuesday on Charleston’s West Side.

According to police, the suspect entered the store on West Washington Street and went to the pharmacy counter where he handed the pharmacists a note. The note demanded a number of specific medications and told them to “be quick and no one will get hurt.”

Police said the pharmacist handed over the drugs and the suspect fled the store headed west toward the rear of the building.

The suspect is black, he wore a grey hooded sweatshirt with a black t-shirt over it, black sweatpants, a brown hat, and a surgical style mask.

Police are asking anybody who may know the suspect or have any knowledge about the robbery to come forward and share the information with investigators.