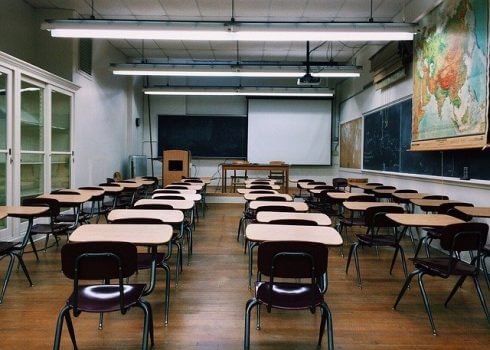 CHARLESTON, W.Va. — State Homeland Security Deputy Secretary Rob Cunningham says West Virginia is on track to implement a statewide school safety plan in all 55 counties by the beginning of 2023.

“I’m having great feedback. Everybody is on board,” Cunningham told MetroNews at the West Virginia School Safety Conference held last week in downtown Charleston.

“One of the big issues we ran into was from a state level, not having people whose sole responsibility was school safety and we’ve addressed that,” Cunningham said.

Currently, some counties have different plans for different schools.

Wayne County Schools Superintendent Todd Alexander said they have three school resource officers and they conduct safety drills every year, but they’re constantly looking to see how to upgrade their safety.

Alexander said the state’s plan is “a positive” move to ensure everyone is on the same page.

Cunningham said each officer is going to have 6-8 counties and will work with school resource officers, local police, sheriff’s departments, EMS, hospitals and other first responders.

West Virginians have already started to use a new app launched by the state to report suspicious activity at schools. It’s called the See Send app. Cunningham said they received their first tip last week.

“It was for Tucker County who had an incident and it worked as we wanted it to,” he said.

Alexander said it’s unfortunate to hear about mass shootings at schools nationwide. The Robb Elementary School shooting in Uvalde, Tx. earlier this year prompted Gov. Jim Justice to kick off West Virginia’s initiative. The state is also partnering with the state Department of Health and Human Resources to identify mental health issues among students and staff.

“One of the things that’s happened is with the pandemic and the opioid epidemic and everything that the state’s been through, the mental health of students has really suffered. I think that everybody is concerned that something similar could happen here,” Alexander said.

There were several vendors at last week’s conference that showcased new technology including upgraded security cameras, metal detectors and other products. Alexander said it’s important to be protected in that aspect, but addressing mental health concerns should come first.

The state is in the process of hiring school safety officers. The director of the initiative will be coming on board in December.