An announcement was made Wednesday morning on the Athens campus.

Dr. Michele Holt, director of nursing at Concord, said the goal is to expand opportunities for students interested in nursing and to fill employment gaps at healthcare facilities across southern West Virginia.

“Our curriculum focuses on rural healthcare in West Virginia. There’s a lot of access issues, so we want students to come to us and leave serving their community,” Holt said.

Gov. Jim Justice announced last year that leftover CARES Act money will be used to finance the new school in the wake of the ongoing nursing shortage.

“Because of this funding, Concord University will be able to offer state-of-the-art facilities for our students to better prepare them for the demands of the health care field,” Concord University President Dr. Kendra Boggess said in a statement when the funding was announced in August. 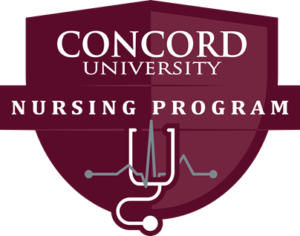 Holt said the nursing programs at Concord will address real-life issues in the Mountain State including drug overdoses.

“West Virginia is one of the hardest hit with the opioid crisis, so those are things that we’re going to focus on,” she said.

“Most universities and colleges have nursing in some capacity tied to the university. Concord didn’t have that. This is actually the only four year traditional bachelor degree program in southern West Virginia,” she said.

Depending upon how far along students are in their general education as they apply will determine when they can start nursing classes.

“We plan to have the nursing classes start in spring 2023,” Holt said.

Holt said it’s not every day that they’re able to start a nursing program from scratch.

“For us to be able to the that and to bring the curriculum into the 21st century is very exciting for us,” she said.