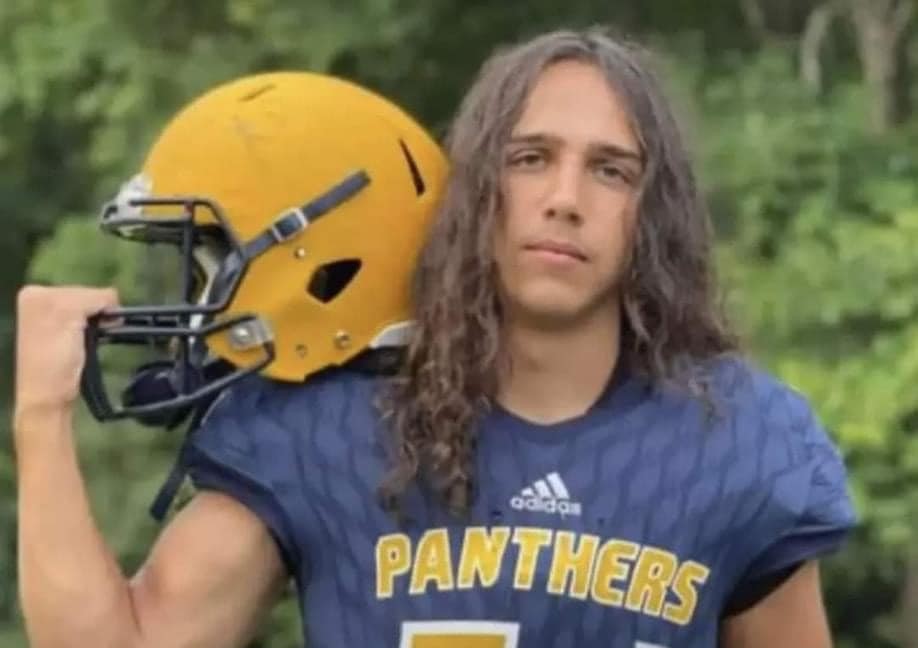 CLAY, W.Va. — Although he wasn’t the most imposing figure on the field, Clay County senior Jake Morton was known for his tenacity to find the football and put whomever was holding it on the ground.

At 5-8 and 165 pounds the defender with flowing locks of hair out the back of his helmet played with the force of somebody 6-5 and 250 pounds. Although opposing offenses dreaded seeing him across the line of scrimmage, today all of high school football in West Virginia is pulling for the young man they call “Salty.”

Salty was severely injured in an automobile accident on Monday and has been hospitalized at the Charleston Area Medical Center this week. Indications are he has a long recovery process ahead.

Soon after the wreck, social media lit up with well wishes for the young man from Clay who captured the hearts of many with his love of the game and his infectious sense of humor.

And he’s one of the funniest, most humble people. 💙💛 https://t.co/xpZDAEDnuc

Sending prayers up to @ClayPanthersFB and Jacob Morton🙏🙏.

“I talked to Mr. Morton today for about an hour or an hour and a half and he said, ‘I knew my son was loved, I just didn’t know he was loved this much,” said Clay County Head Coach Jason Nichols during an appearance on the MetroNews High School Sportsline Wednesday night.

Morton earned his spot on the Panthers’ defense as a sophomore when he was barely known by the coaches and was forced into service in the first game of the season against arch rival Roane County. His quickness made him tough to block and he wound up with nearly a dozen tackles before the game was over.

“We’ve got to find a place for him,” said Nichols at the time.

Since then, Salty’s contributions to the team have flourished even more. Last year he was an all-state selection on the defensive line and earlier this season, he became the school’s all-time sacks leader. He has helped the Panthers to a playoff season, Clay County is ranked 7th in Class AA this week with one game to go. They face Braxton County Friday night.

Nichols said the team was really in shock and they hadn’t been together until Wednesday, but they intend to play Friday’s game for Salty.

“Football is definitely taking a backseat to the most important situation, however, the team and the family have all been in agreement that the game on Friday needs to be played and must be played,” Nichols said.

News
Family of 4 injured, 2 dogs dead after car goes over interstate wall in Charleston
It happened at the I-77/I-64 split Sunday morning.
By MetroNews Staff
News
Education focus groups to be held statewide by AFT-WV, WVEA
First listening session to be held in Morgantown this Tuesday.
By Carrie Hodousek
News
State capitol Christmas trees come from Monongalia County tree farm
Trees will be focus of Joyful Night celebration.
By Mike Nolting
News
DNR officer reflects on week one of buck season
Up to 300,000 hunters hit Mountain State woods during the first week.
By Mike Nolting