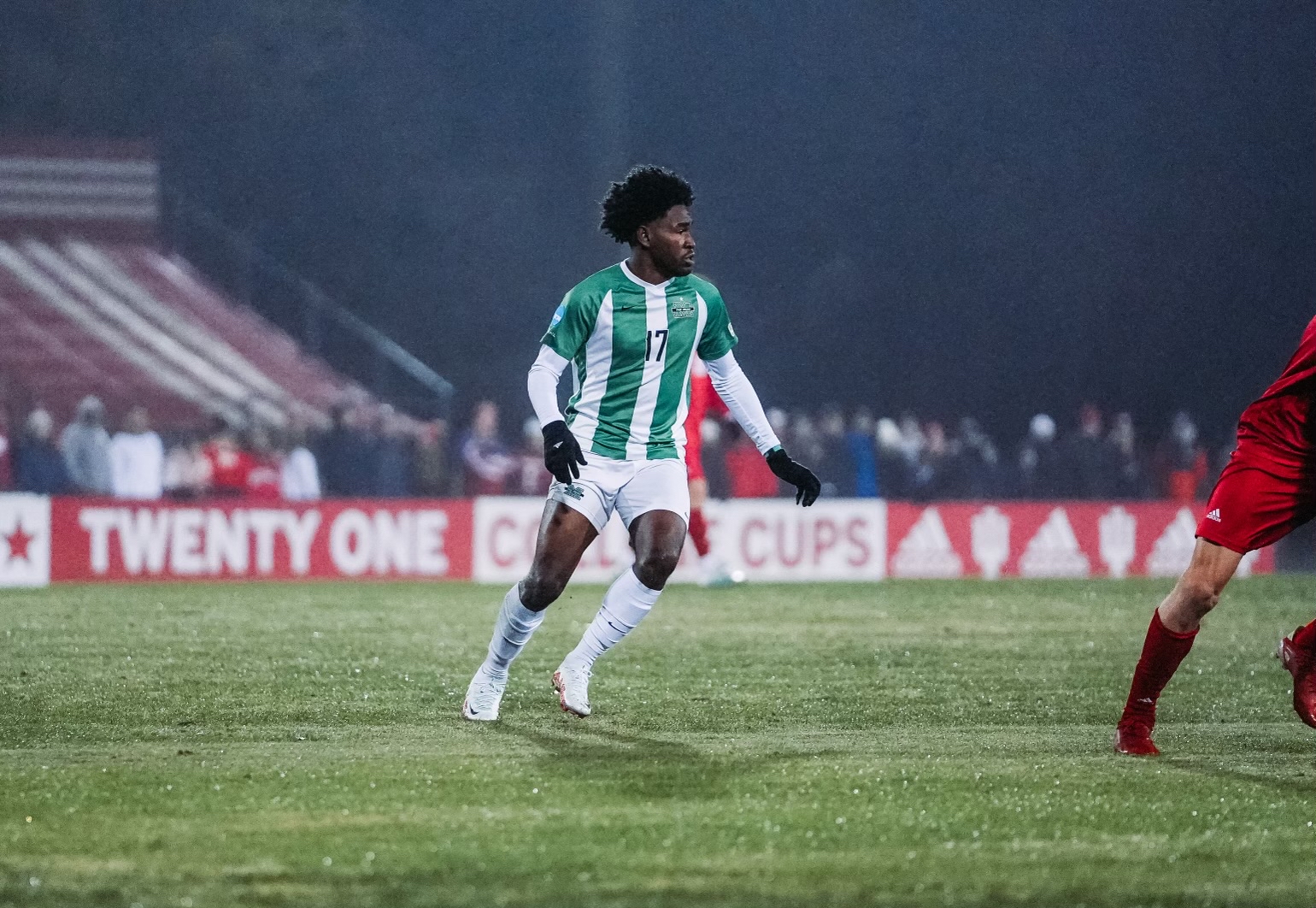 Marshall's Matthew Bell during the Herd's match at Indiana. Photo courtesy of @HerdMSoccer

Indiana made its final home match of the 2022 season memorable Sunday night.

Brett Bebej’s goal at 46:54 proved to be the game-winner as the Hoosiers edged Marshall, 1-0, in the third round of the NCAA Tournament at Jerry Yeager Field at Bill Armstrong Stadium in Bloomington, Ind.

Indiana advances to the NCAA Tournament quarterfinals for the fourth time in six years. They extended their NCAA record to 28 Elite 8 appearances.

Ryan Wittenbrink notched the assist off a high, arching corner kick from the right and Bebej came from the back side, leaped high and headed the ball into the top right of the goal past Herd keeper Oliver Semmle. Wittenbrink is the Big 10 team’s leading scorer with 27 points (nine goals, nine assists).

“Probably gave away too much at the beginning of the game,” Marshall coach Chris Grassie said. “Needed to get more pressure on their back lines. They were just flicking the ball in behind us. The field was wet. We gave away too much territory and that’s where they ended up scoring from.”

Marshall made adjustments in the second half. The Herd just couldn’t get a shot home.

These two teams first met in the title match in the 2020 College Cup held in the spring of 2021 (due to the Covid-19 pandemic and protocols put into place). The Herd prevailed in the thriller, getting the lone goal in overtime for a 1-0 win.

“This did not feel like a rematch,” said Grassie, knowing that’s the way this match had been constructed. “The teams are quite different from the spring of 2021.”

Unseeded Marshall, one of two Sun Belt Conference teams in the tournament, finishes 11-4-4.

Kentucky, the other Sun Belt team in the event and top seed coming in, got eliminated Sunday by Pitt, 2-1, in Lexington. The Wildcats were the only unbeaten team in the country prior to Sunday.

Marshall took 12 shots, but had only two on goal. Hoosiers keeper J.T. Harms stopped both for his sixth clean sheet and seventh overall for the team.

Indiana got off 10 shots with six on goal. Semmle have five saves.

The Hoosiers kept the pressure on with 12 corner kicks to one for the Herd.

Marshall had wins over Elon and Virginia in the first two rounds.

“We never quite put it all together,” Grassie said. “We did some good things. A great bunch of guys. They have a lot to be proud of. We set the table to show how far this program has come. Everybody is unhappy with the result. To come to a place like this shows how far the program has come. This is a great place to be.”