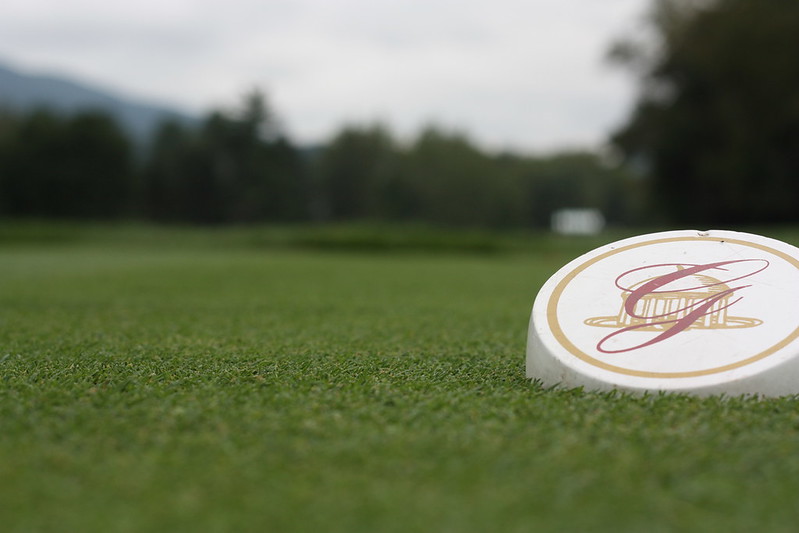 Gov. Jim Justice didn’t exactly confirm LIV Golf coming to West Virginia — but his comments came so close they were practically a gimme.

Justice is the governor, a tourism promoter, owner of The Greenbrier and a golf enthusiast. A gimme is a shot so close to the hole that your partners just give you credit for it without another putt. The governor’s hints were unmissable.

“I know negotiations have continued with The Greenbrier folks,” Justice said today after being asked about the status of the Saudi-backed golf tour.

“There’s, I guess, a big announcement coming and I think it will be exciting to the state of West Virginia that we may have a big event coming.”

ESPN, Golf Digest and the Golf Channel each recently cited anonymous sources to report that the LIV Tour is coming to The Greenbrier in 2023.

Justice, when asked about those reports by MetroNews, said confirmation is up to LIV Golf officials.

“I think that is their choice. And we should respect their choice,” Justice said. “From that standpoint, I’m not at privilege to announce anything. But I think from the standpoint of the LIV Golf tour when they decide they want to make their announcements we should be respectful of that.”

Then Justice edged toward the hole again: “I think we’re going to have a real positive announcement for West Virginia.”

And the governor then specified that he did not negotiate the contract and has not seen the contract — inadvertently making specific reference to a contract. He concluded by saying, “I think we’ll have a positive announcement real soon.”

The national golf coverage has specified LIV Golf coming to The Greenbrier’s Old White course from August 4 to 6, 2023.

From 2010 to 2019, the historic West Virginia resort was the site of a PGA Tour event that was called The Greenbrier Classic for most of that time. After the event moved to fall dates, The Greenbrier and PGA agreed to end it based on declining attendance and attractiveness to sponsors.

This past summer, LIV announced plans to expand to 14 events in 2023, without announcing the specific sites.

LIV golf, which stands for the Roman numeral 54, the number of holes to be played at its events, started competition earlier this year. The organization is funded through the Public Investment Fund, the sovereign wealth fund of Saudi Arabia overseen by Crown Prince Mohammed bin Salman, the state’s authoritarian ruler.

The connection with Saudi Arabia has been controversial because of that country’s connection with many of the terrorists who carried out the Sept. 11, 2011, attacks on America. More controversy has focused on Saudi Arabia’s human rights record, including the killing of journalist Jamal Khashoggi in 2018.

LIV golf competes with participants and interest with the PGA. Its payouts are quite lucrative: The $25 million purse for a London event this year is the largest in golf history.

Talk of LIV Golf coming to West Virginia first kicked up in August after a visit to The Greenbrier by Greg Norman, the chief executive of the LIV Golf International series.

Justice told a story delving into geography and golf course attributes about that visit by Norman, describing ideas by the famed golfer to alter the course.

“We spent probably 45 minutes to an hour together. We rode out to number 16 and he showed me something we should do there on 16 if this thing progressed,” Justice recounted. “He would relocate the tee back across Howard’s Creek and basically bring the lake into play, increase the yardage on that hole to probably a little over 500 yard par 4. I thought it was a marvelous idea.”

News
House drops impeachment inquiry after family court judge's resignation
Goldston, a family court judge for Raleigh, Summers and Wyoming counties, was accused of improperly searching the home of someone in a dispute before her.
By Brad McElhinny
News
West Virginia to provide the U.S. Capitol Christmas tree in 2023
This will mark the third time the Monongahela National Forest in West Virginia has been the source of the tree and the first time since 1976.
By MetroNews Staff
News
MetroNews This Morning 1-31-23
Summary of West Virginia news/sports/weather for Tuesday, January 31, 2023
By MetroNews Staff
News
Matthews called to be next fire chief
Matthews brings over 25 years of experience to his new role.
By Jarrett Lewis