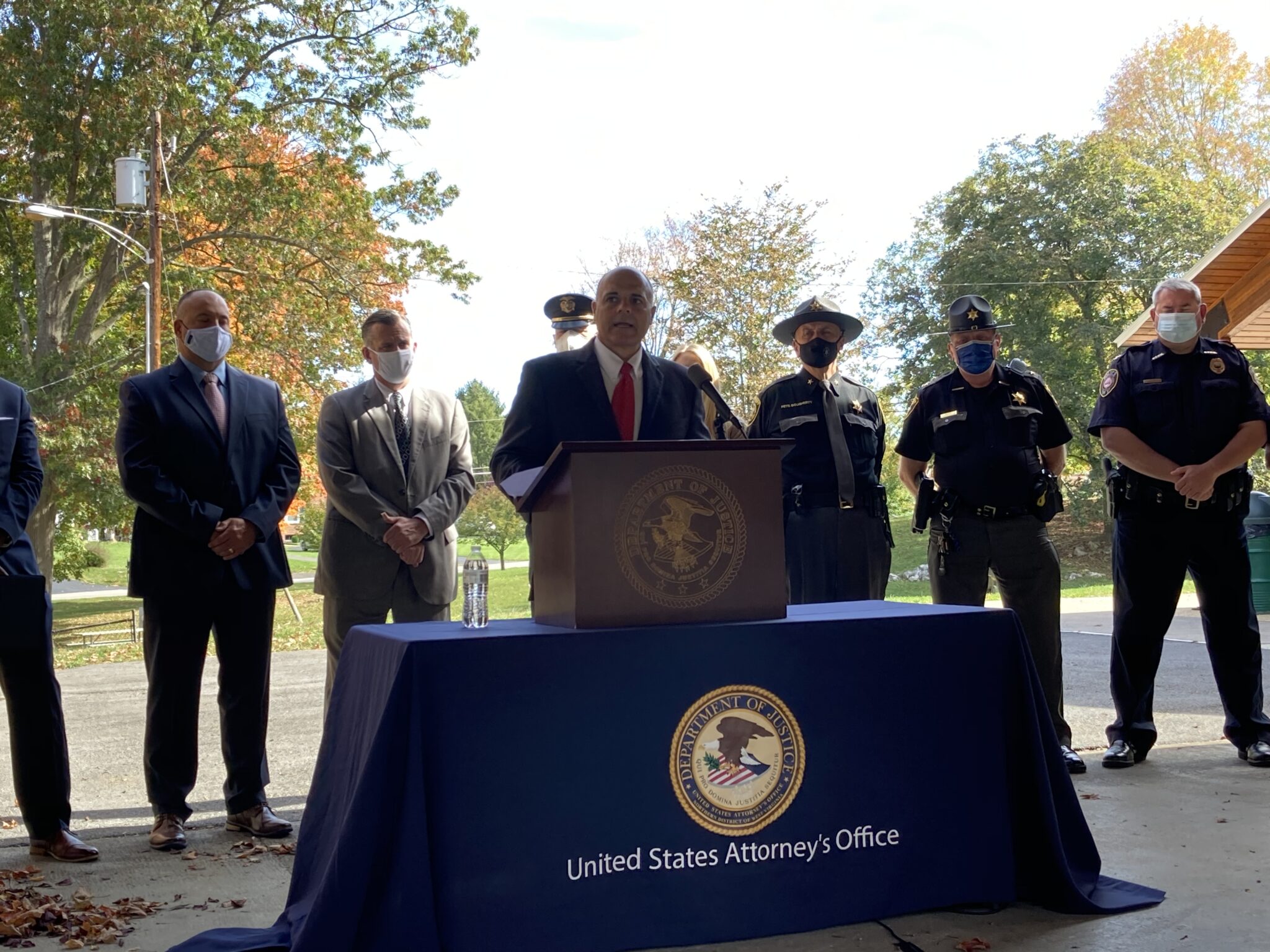 MARTINSBURG, W.Va. – It’s been dubbed the “19th Street Enterprise” – a multi-state group that has been implicated in drug, violence, money and weapons offenses.

First Assistant US Attorney for the Northern Office Randolph Bernard made the announcement at War Memorial Park in Martinsburg Wednesday, surrounded by more than a dozen local and federal agents involved in what he said was a nearly two-year investigation that saw weapons charges and some federal charges under RICO laws.

“Not just drug trafficking, but robberies, violent crimes, use of violence, mail fraud, wire fraud among other things including the manufacturing of false identification documents; some very serious and dangerous activities and I think as the evidence bears out it will reveal that this is a violent organization and enterprise,” Bernard told MetroNews.

The criminal enterprise consisted of racketeering to hide thousands of dollars in proceeds from drug sales, acts of violence, and the distribution of more than 400 grams of fentanyl, heroin, cocaine base, and cocaine hydrochloride. It occurred in Berkeley and Jefferson Counties and elsewhere from June 2019 to October 2020.

Andre’ Miller, the Assistant Special Agent in Charge from the D-C field division of the ATF, said weapons brought in straw purchases were part of the mix, as was violence, and as the US Attorney’s office characterized, “enough fentanyl to kill two and half times the population of West Virginia.”

The DOJ expects more indictments as part of the investigation, but for now, of the nearly two-dozen suspects indicted October 7th by a federal grand jury in Wheeling, five of them are from the Eastern Panhandle.

Bernard says the sentences could be substantial. “The maximum punishment in a couple of the charges the RICO count – could be up to life. One of the drug conspiracy charges is a ten-to-life conspiracy, so they face a potential maximum of life – others are a maximum of twenty years, so we’re talking substantial sentences with decades of imprisonment.”

Indicted was Christopher Arthur Jones, also known as “Smooth,” 35, of Philadelphia, Pennsylvania, the alleged ringleader. He has had his hearing and is being detained under federal charges at the Eastern Regional jail, which means he is not eligible for bond, according to Assistant US Attorney Lara Omps-Botteicher.

The indictment charges 11 of the 22 defendants with crimes under the Racketeer Influenced and Corrupt Organizations Act (RICO) and Violent Crimes in Aid of Racketeering statute (VICAR). These racketeering-based statutes provide criminal penalties up to life imprisonment for acts performed as part of a criminal organization, and support charges for those who only ordered or assisted others to carry out the illegal acts. The indictment alleges that the “19th Street Enterprise” enriched the leaders, members, and associates of the enterprise through among other things, acts of violence, robbery, money laundering, and drug trafficking.

The defendants are presumed innocent unless and until proven guilty.