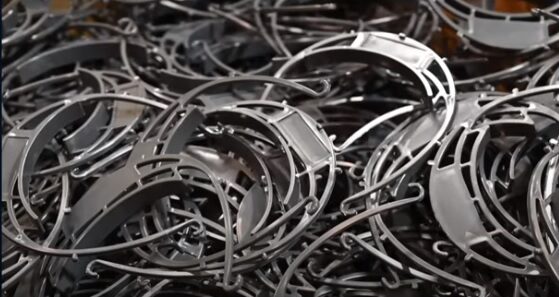 CHARLESTON, W.Va. — West Virginia hopes to be self-sufficient when it comes to Personal Protective Equipment (PPE) in the very near future.

“We think that by the 18th of January we’ll have the final approvals on our N95 equivalent masks and it is already in production. We’re already producing copies of it waiting on filter approval,” Hoyer said.

The masks and other PPE are being produced by the National Guard at the ‘Running Right’ facility in Boone County.

“We’re making three-ply masks. We’re making the boot covers and the bonnets. We have a machine coming in to be able to make the gowns,” Hoyer said.

According to Hoyer, not long after the pandemic began Gov. Jim Justice told his task force to use all available resources and to be innovative. Hoyer said the Guard began working on a strategic reserve of PPE.

Hoyer said just last week they heard from several hospital organizations about their need for PPE and the Guard was able to help.

“We were able to move PPE from the stockpile to take care of that need and then they (the hospitals) replenish that stockpile,” Hoyer said.

Hoyer said being self-sufficient in the area of PPE is very important and COVID-19 cases continue to grow along with hospitalizations.

“We in West Virginia are not only showing folks that we can take care of the vaccine business but we are going to make ourselves self-sufficient on PPE,” Hoyer said.