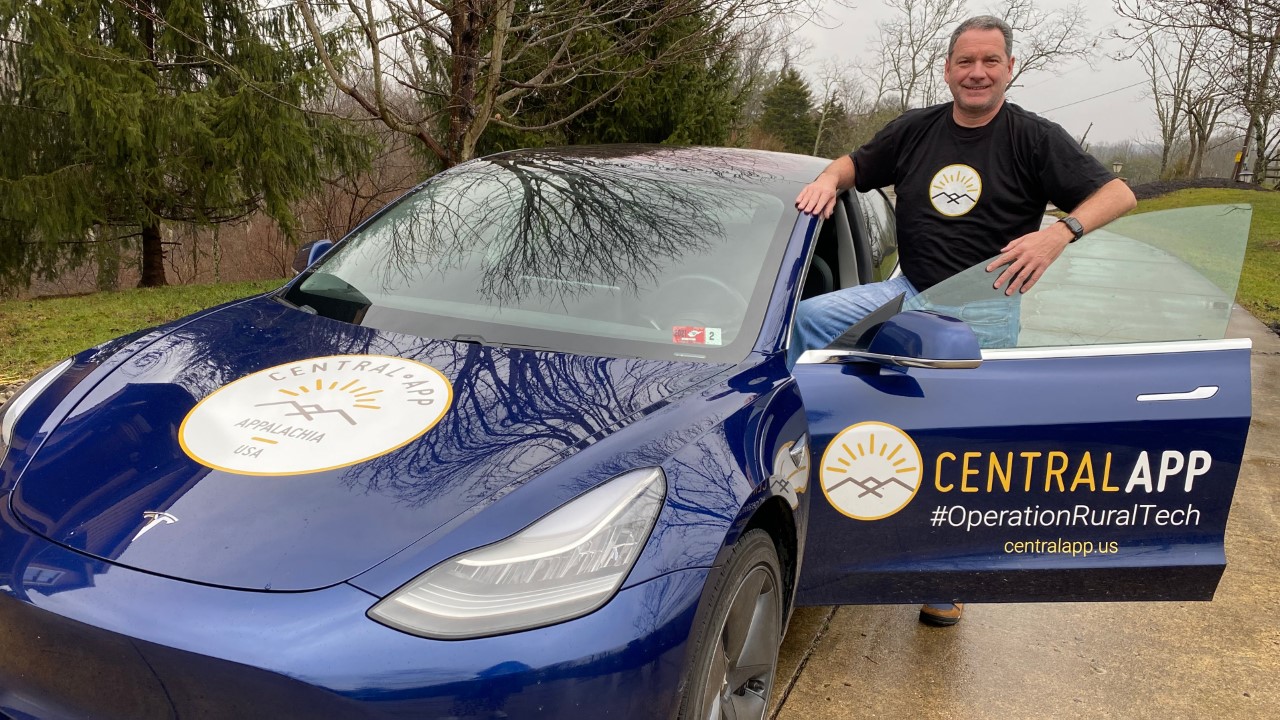 SILICON VALLEY, California — A Huntington businessman may stay in California’s Silicon Valley for a few months trying to convince high-tech companies to hook-up with IT workers in Appalachia.

Todd Cope, CEO of CentralApp, drove across the country meeting with business representatives telling them what his talent exchange has to offer when it comes to helping them with their tech needs.

CentralApp has recruited workers from across Appalachia, Cope said.

“We’ve had a lot of success stories. Somebody got laid-off at Walmart or something like that and then they were able to get the training and then move very quickly, sometimes in just a matter of two or three years into a six-figure remote tech worker in the hills of Appalachia. I just want to do that a thousand times,” Cope told MetroNews recently.

Cope, who began his trip in Huntington on Jan. 4, spent 21 days weaving his way across the U.S., traveling 6,514 miles, telling the story of the workers in Appalachia.

“Appalachia is a tremendous resource for the country and I think I’ve raised some awareness of that and I’m going to continue that message here (Silicon Valley),” Cope said.

Cope, who called the trip Operation Rural Tech, knows his way around Silicon Valley. He used to work there. He returned to his home state of West Virginia a few years ago and was named CEO of CentralApp in 2018.

Cope stopped in Denver during his trip last month. He said a business owner told him what was needed to be successful in pitching your business to high tech firms.

“First they have to be aware that you exist. The quality of the work has to be good and you have to be affordable.”

Cope said Appalachia can offer all three of those requirements.

“Once we get the opportunities the people on my team have certainly delivered the quality of work and because of the economics in our region we can do it with a very competitive rate, even with some of the off-shore options,” Cope said.

There are challenges. Cope said CentralApp and similar companies in Appalachia face a constant battle with broadband. Cope said there must be a national effort to improve the quality just like there was with the expansion of electricity years ago.

“I am hopeful that we have quite a few institutions that are looking to graduate some people with the appropriate certifications this spring and we can pair that with the people I’m planning on talking to here in the Silicon Valley,” he said.

CentralApp currently has 42 people in its talent exchange who live in southern West Virginia, eastern Kentucky and southwestern Pennsylvania. They primarily do work on the Salesforce ecosystem, a large customer management system, used by 150,000 companies around the world.