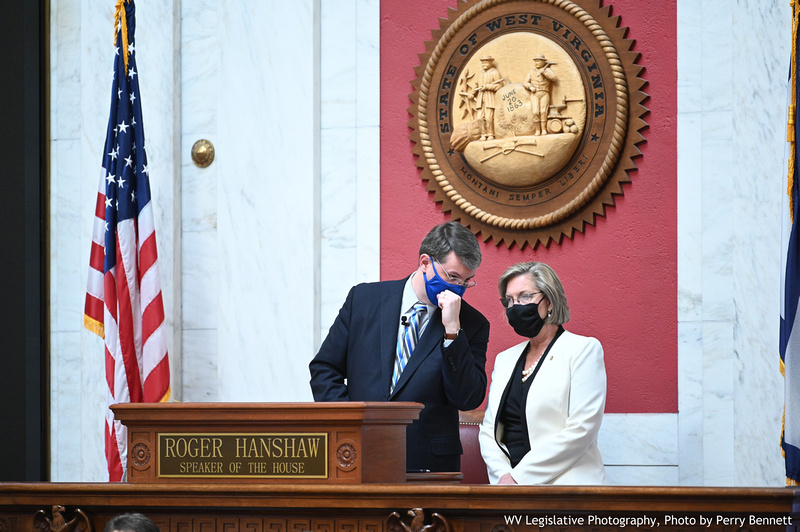 Delegates narrowly passed a bill clarifying that a work stoppage or a strike by public employees is unlawful.

Senate Bill 11 passed 53-46, which is awfully narrow when there’s a 77-23 Republican majority in the House of Delegates.

It goes back to the Senate, where it already passed, to reconcile some changes made in the House. One change made by delegates was removing a provision that would have canceled extracurricular activities during a strike.

In the House, Democrat after Democrat stood and argued against the bill, saying it’s already reflected by case law and to put it in writing adds insult to injury.

The only Republican who spoke in favor of it was House Education Chairman Joe Ellington.

Ellington, R-Mercer, said the bill simply states it’s unlawful for any public employee to strike against the state.

“This is just stating the obvious,” Ellington said.

“It’s not targeting one group or another. It’s just all public employees have the same thing.”

“This is already illegal. Our courts have said so. We don’t need to,” Delegate John Doyle, D-Jefferson, said today.

The bill also specifies that provisions that normally permit making up time or alternate instruction delivery methods do not apply to work stoppages.

The bill says county school boards should withhold pay for each day a teacher participates in a stoppage.

Delegate Ed Evans, a longtime school system employee in his community, said he concluded in 1990 that he had to walk out with other teachers because “I had to. I couldn’t feed my family.”

“Do you think the teachers really won’t continue to strike because of this bill? If it’s bad enough, they’ll do it,” said Evans, D-McDowell.