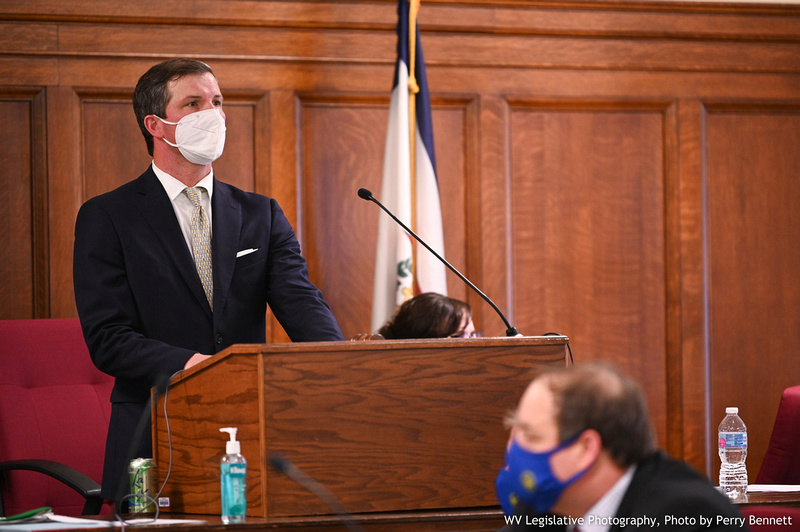 The House of Delegates is describing a trimmed-down version of the intermediate court of appeals, reducing the number of districts and also cutting the estimated cost.

The state Senate’s Republican majority in recent years has championed the cause, but support in the House has been less certain. The Senate has pushed the bill several years recently, including last year.

The Senate passed the bill this year on Feb. 24, leading now to House consideration.

A major change the House already made today as the bill was being discussed in House Judiciary Committee was to trim the number of districts from two — likely north and south as originally proposed by the Senate — to just one.

The estimated cost to establish the intermediate court for 2023 was almost $7.9 million for the Senate bill. The House bill trims that to $3.6 million.

Every year after that, Senate version would be about $5.7 million. The bill under consideration by the House would have an estimated continuing cost of $2.1 million.

The House Judiciary Committee passed the bill 17-8 this morning.

Senate Bill 275 would establish an intermediate court to review civil cases between the circuit court and Supreme Court levels. It would also review issues such as workers compensation cases and final orders from family court.

The three judges on the intermediate court would receive appointments to staggered terms to fill out the court at first, with regular elections for 10-year terms after that. The judges would make $142,000 a year. Proceedings are anticipated to take place in already-available public buildings.

A public hearing this morning before the House Judiciary Committee included arguments for and against the court.

“It’s time for West Virginia to join 41 other states who have some version of an intermediate court of appeals,” McPhail said.

Others contended the current judicial system is efficient in reviewing cases and that another level would produce delays.

“I am hearing over and over about bills that are created to fix a problem that I’m not sure exists,” said Jean Evansmore with the West Virginia Poor People’s Campaign. “Please, if it ain’t broke don’t try to fix it. Use this thing called a brain.”

ACLU West Virginia Executive Director Joseph Cohen said the organization normally would favor additional judicial review. But he said this bill is flawed because it doesn’t provide for additional review of criminal cases.

“Criminal defendants have so much more to lose than civil defendants,” he said.

Rich Holtzapfel, a lawyer in Putnam County, said he has long considered himself a Republican. He said an intermediate court wouldn’t be worth the cost.

“I think the numbers just don’t justify it,” he said. “I would never hire someone to help my son mow the yard if he was doing just fine and didn’t need the help.

“Let’s not be RINOs. Let’s be responsible. Let’s not expand our government.”