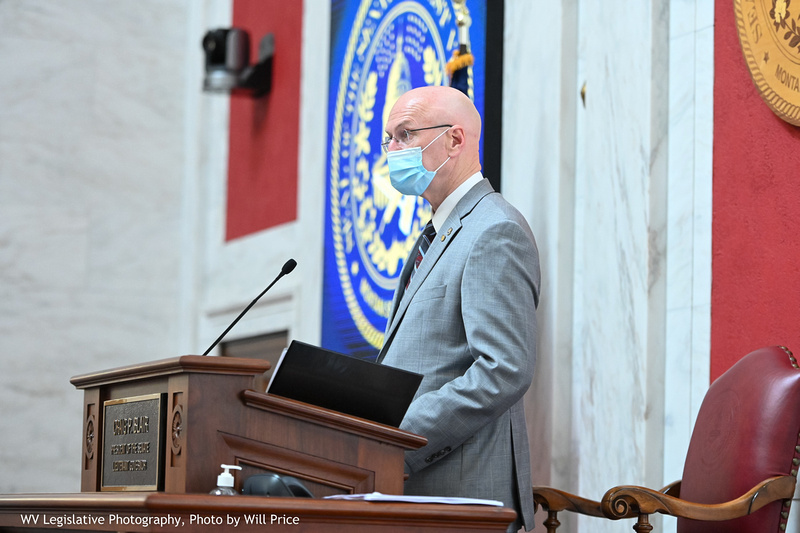 Senators held off a day on a major tax bill and a budget bill.

The delay came one day after Gov. Jim Justice urged changes to a tax proposal being considered in the Senate. And it also came during calls to reconsider proposed cuts to West Virginia and Marshall Universities.

Today was Day 56 of the 60-day legislative session.

“I think it’s highly unlikely. Miracles happen. Given where we sit now on Day 56, I think it’s unlikely,” Hanshaw said.

He suggested it’s possible the tax issue could return for consideration during a special session already anticipated for redistricting.

“I think it makes sense that we keep talking,” he said. “We’ve committed to the governor that we are excited to continue to work together and perhaps be ready when the time comes that we will be convened again.”

The Senate decided to take another day to consider matters.

The bill that would make a big personal income tax cut but raise or expand other taxes was on the Senate’s agenda for passage today. But senators moved to lay the bill over until Wednesday.

Senators also laid over their budget bill while also advancing a House version of the budget bill. That lines up for some version of a budget to pass the Senate on Wednesday.

The tax bill could affect the numbers in the budget bill.

On Monday, Gov. Jim Justice brought legislative leaders together and urged consensus on a tax plan. The governor has been pushing for weeks to take a big cut of the income tax while offsetting that with other taxes. He offered a somewhat different plan and hoped it would come closer to consensus.

Some of the governor’s proposed changes were to the tiered severance tax system he has advocated for coal, oil and natural gas. That component is not a part of the Senate proposal, which instead includes higher sales taxes and the reinstitution of food tax.

Senate President Craig Blair, R-Berkeley, told the governor the tiered severance tax aspect isn’t in the Senate plan “because we’d struggle to have the votes for that.”

Blair suggested the governor’s new proposal might have gotten closer to what some Republican senators would accept. But he indicated he’d have to run it past them. Although Blair said he personally supports the governor’s plan, “There’s a difference here on being able to get the votes, for myself.”

The tax bill narrowly passed out of the Senate Finance Committee last week, with a 9-8 vote that occurred after Senator Mike Maroney described serious concerns, prompted a 40-minute recess and then returned to provide the one-vote margin for passage.

The highest-profile of the cuts in the bill are a $12 million cut to West Virginia University and a $6 million cut to Marshall. Several times, Justice has indicated he is against those cuts. “Those are economic engines to our state,” he said Monday.

Blair on Monday reacted by saying the universities are in line for millions of dollars in federal covid relief. “We’re not going in and slashing them because we’re saying ‘We don’t like education.’ That’s anything but the truth on that,” Blair said. “The fact is, the resources are out there right now to provide us a bridge.”

Senator Mike Woelfel, D-Cabell, said on the Senate floor today that if the budget bill had been taken up he would have offered an amendment to restore funding to the universities.

Woelfel took note of the covid relief argument and questioned how much money the universities lost in tuition during the pandemic. “It’s gonna take a decade for them to recover from what this pandemic has done to each of those schools,” Woelfel said.

Marshall President Jerome Gilbert today told MetroNews that university leaders have been communicating with legislators and that there may be progress in backing off the proposed cuts.

If the cuts would remain, Gilbert said, the university would face difficult decisions such as tuition increases, furloughs and layoffs.

“We felt like we’d been singled out a little bit with WVU,” Gilbert said. “So we are trying to answer questions and get information to the Legislature so they can make an educated and fair decision going forward. We would, of course, like to see no cuts at all to higher education.”