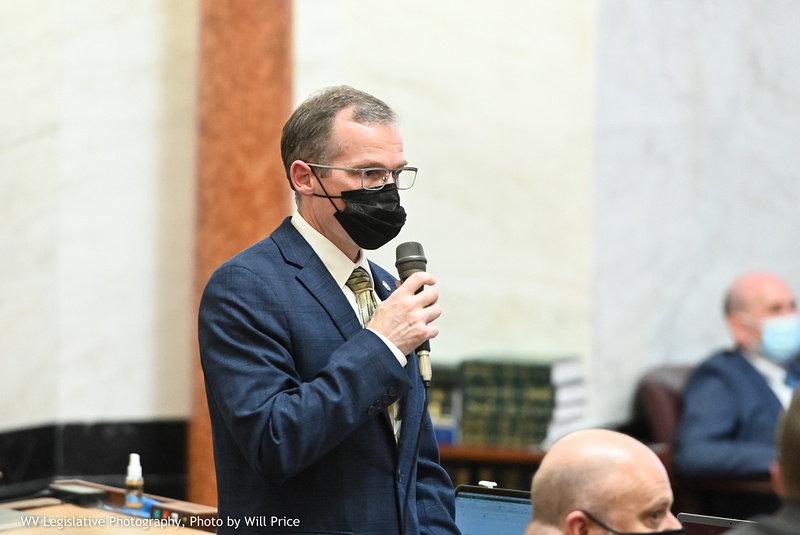 Senators narrowly passed a revised tax bill, 18-16. The bill has been a priority of Gov. Jim Justice and Senate leadership, with discussions dominating the legislative session that is nearing its conclusion.

Advocates tout the proposal as a big splash that will lure people to live in West Virginia.

“This is our time to shine. This is the time we can actually move the needle on population growth,” said Senate Finance Chairman Eric Tarr, R-Putnam.

The Senate also took up and passed a budget bill amended to restore most of the cuts that were earlier considered for West Virginia University, Marshall University and public broadcasting. The budget bill goes back to the House of Delegates for consideration.

The bill now goes to the House of Delegates, where members have had a very different view of tax reform.

Delegates have worried about how increasing sales taxes would affect West Virginia households and small businesses. The House passed an earlier plan that cut $150 million a year in income taxes, anticipating a phase-out over about a dozen years, without the offsetting tax increases.

House Finance Chairman Eric Householder spoke in favor of the House proposal at a summit earlier this week. Describing concerns about a version much like what the Senate passed on Wednesday night, Householder said, “I believe the plan still puts us at a competitive disadvantage from all of our neighboring states.”

Justice urged the chambers to coalesce around a plan and praised senators earlier today for working toward that goal.

“I am really, really hopeful for some significant modifications from the plan on the Senate side,” Justice said today during a briefing. “I am really thankful to the Senate for the great work.”

But the governor did not seem certain the House would get on board.

“I think it’s really unfortunate that the House maybe has their minds closed and everything — and they’re not thinking as progressively or open-mindedly. But I am really hopeful that they’ll take a good look at this and everything once it comes out,” Justice said.

Justice on Monday proposed a new variation on a tax plan he has been touting. The Senate introduced an amendment that essentially became the bill, reflecting elements of that proposal. The new measure was introduced about 4 p.m., prior to a scheduled 5 p.m. floor session.

The late change prompted Democrats to level repeated complaints that lawmakers had little time to absorb a complicated bill and that no fiscal note had been prepared to assess its financial effects.

“It sounds great. It sounds good. But everybody is guessing how it’s going to turn out. We don’t have to guess,” said Senator Mike Romano, D-Harrison.

Senator Richard Lindsay, D-Kanawha, added, “We’re being told to buy into a fantasy in support of this bill.”

The bill would initially cut income tax brackets by about half next Jan. 1. At the same time, sales taxes would rise from the current 6 percent to 8 percent. Sales taxes would also be expanded to various “professional services.”

The tax bill does not reestablish the food tax, as considered by an earlier Senate version. There are rebate checks, as the governor has wanted, for lower-income West Virginians — but Democrats questioned whether they would compensate for the higher sales taxes people would pay.

Also, the bill would establish a fund that would receive money from some other revenue streams, including increased tobacco taxes and the tiered severance tax system that Governor Justice has advocated. Tarr said revenue streams that might fluctuate go into that fund to smooth out the effects of the future income tax cuts.

Once the fund is filled to $100 million, $50 million of that would be released to go toward further income tax cuts.

Senator Ron Stollings, D-Boone, said the plan amounts to a shift that will hurt those with fewer means.

He added, “The issue is not having adequate infrastructure, not investing in things that can make our state better. We have a huge substance use disorder. We’re not putting money into that. We can’t because we have to lower the tax on the rich.”

Tarr, throughout his presentation of the tax bill, reiterated his belief that phasing out the income tax will make West Virginia an attractive place for people to move and spend their lives.

“The reason this path was chosen,” he said, “is because the number one problem that affects this state is loss of population.”