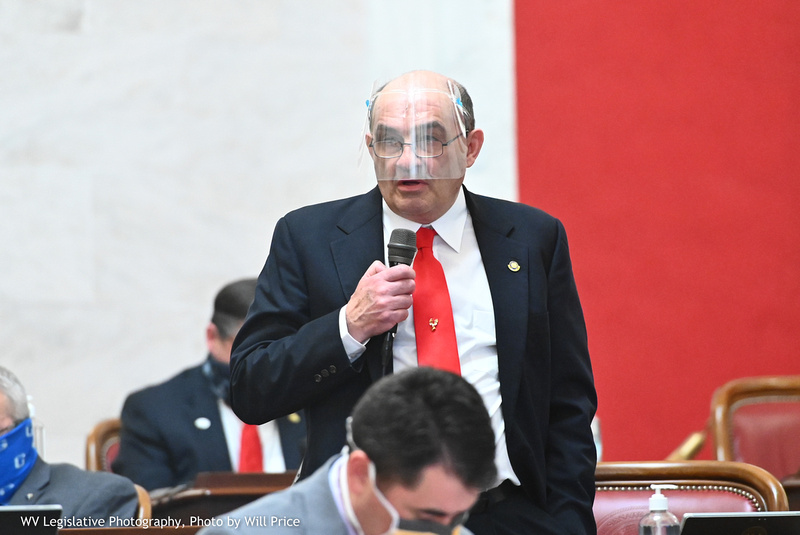 A bill aimed at maintaining a place for coal in West Virginia energy has evolved throughout the legislative session, and the final day was no different.

Lawmakers had to work out their differences on the bill right up until the final hours, debating whether to keep a late amendment to establish a “Coal Community Comeback Plan” to examine how to help faltering communities thrive.

The House Republican supermajority voted to rescind the comeback plan amendment on SB542 that they had just narrowly agreed, 49-48, to place in the bill the prior day. The Senate majority expressed concern that the addition went a step too far, and the House majority voted to back off just to assure the original bill would pass.

Once the amendment was backed out, delegates voted to pass the bill again, completing legislative action. It now goes to the governor.

“This week, Thursday, we closed Walgreens. Who closes a Walgreens? We closed Walmart. We closed Magic Mart. We’ve closed everything,” Evans said. “You all have no idea what my people go through.”

Evans, who was the lead sponsor of the amendment, described the “Comeback Plan” as a cry for help.

As originally conceived, the bill provides “procedures to ensure that no more coal-fired plants close and long-term state prosperity is maintained.” One of those ways, according to the description of the bill, is assuring power plants maintain a minimum 30-day aggregate fuel supply of coal.

Prior to passing the bill once and for all, Delegate Mike Pushkin, D-Kanawha, called upon Delegate Pat McGeehan, a Republican from Hancock County who leans libertarian to explain his understanding of the bill.

“What does the bill do now that we’ve removed that amendment?” Pushkin asked.

The original version had a provision requiring in-state electricity producers to maintain coal consumption at 2019 levels “to the extent feasible” while requiring that all producers maintain a 90-day supply of base fuel on site. That was all pulled out after representatives from power companies said they need to be able to respond to market demands while being attentive to ratepayers.

It turned out those weren’t the last changes.

The House of Delegates on Friday approved the amendment to add the “Coal Community Comeback Plan” to the bill.

The comeback plan would have directed the Public Service Commission to study the water and wastewater, broadband and other infrastructure needs necessary to revitalize communities. The study would also have searched for opportunities to maintain and increase jobs in coal mines, coal-fired power plants and other economic drivers in these communities.

The comeback plan also would have established an advisory committee and called for three public hearings.

When senators first received back the amended bill this morning, some worried that inserting the comeback plan into the original amounted to a poison pill.

“The amendment deals with the PSC, and I don’t know how it wasn’t ruled non-germane to the bill,” said Senate Energy Committee Chairman Randy Smith, R-Tucker. “Let us go to conference and see if we can work it out.”

“We might come back with an agreement and see what the main intent was for putting this in the bill that’s been not only butchered with a butcher knife but probably a hatchet too.”

Phillips had a extended back-and-forth with Senator Bob Beach, D-Monongalia, about what was so bad about the inclusion of the comeback plan.

“What is it about the language of the amendment that negatively impacts your piece of legislation?” Beach asked.

“Why does it have to be in there?” Phillips responded.

Beach said, “It’s a question of whether it’s good or not.”

Phillips concluded, “I think it’s a poison pill to the bill.”

Several senators argued in favor of keeping the community plan in the bill.

“I think the House did a good thing by inserting that piece of legislation into this bill,” said Senator Mike Caputo, D-Marion, a retired United Mineworkers representative and another original sponsor.

Senator Bill Ihlenfeld, D-Ohio, agreed that the bill would do more with the amendment.

Senator Ron Stollings, D-Boone, made an emotional speech, holding back tears, about what has happened to coal communities.

“When I look around my area and see the poverty, when I go down to my courthouse and they can’t even open the doors of the courthouse – Boone County’s budget went from $21 million a year to just over $4 million a year, folks. Our school system has taken a hit. We’ve lost population all over the state of West Virginia,” Stollings said.

“This is an incredible idea. I wish I’d thought about it. What we have here is a chance, the best chance, that we’ll be able to diversify the economy of Southern West Virginia. Folks, this is important, probably the most important thing for me this whole session.”

He said the most straightforward action would be to accept the House amendment. That would complete the legislation and send it on to the governor.

“Please give us a shot,” Stollings said.