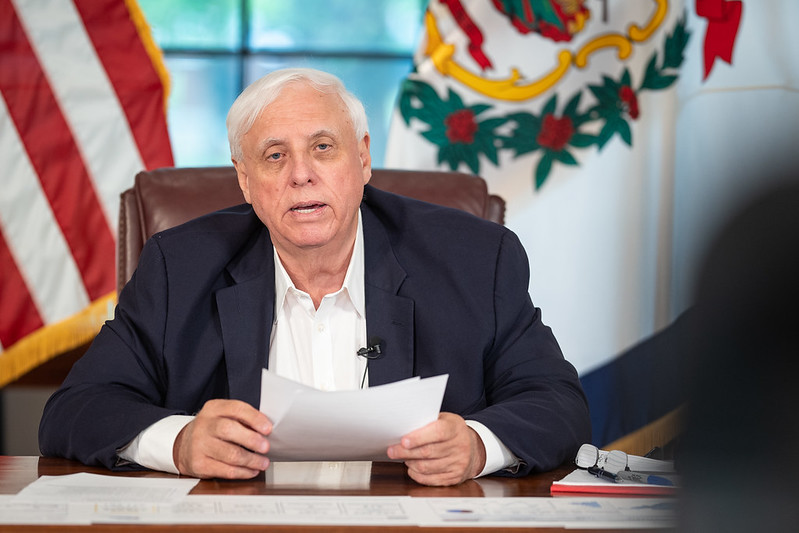 Health experts have said aspects of the bill, such as a requirement for participants to provide identification, are too restrictive and may result in the spread of serious disease.

Justice had already signaled that he was likely to let the bill become law.

“I am not an expert in this field at all,” Justice said during a Saturday night review of the legislative session. “But I really believe that everyone kind of came together on this thing and developed a real good, scientific balance that can aid and help the public in every way, but does so with good science and everything.

“It prevents the problems that we were having with needles all over the place that could cause all kinds of different problems in communities. But it still aids in helping those folks that we need to try to reach out and keep them safe too.”

ACLU-West Virginia and Mountain State Justice sent a letter to the governor on Wednesday, requesting a veto. The groups contended the law would be unconstitutional and expose the state, county commissions and city councils to liability. One of the issues is the ID requirement. The other is a local approval requirement that does not appear to include a route to appeal.

“Too many of the regulations put in place are going to prevent harm reduction programs from operating, which will increase HIV, Hepatitis C and Hepatitis B among other poor health outcomes,” said Danny Scalise, executive director of the West Virginia State Medical Association, which represents doctors.

Senate Majority Leader Tom Takubo, a physician, said the bill attempts to balance good public health measures with the concerns of the public.

“There’s a lot of controversy with harm reduction and there’s a lot of misinformation about it,” Takubo, R-Kanawha, said today on MetroNews’ “Talkline.” “The public in general, there’s a big section that doesn’t believe we should be giving any needles.

“And then you have a section that understands the science behind it — that if you do harm reduction, those that are willing to come get clean needles that have the horrible addiction of drug abuse, that if they use those then the incidents of hepatitis and HIV dramatically decreases.”

The Legislature passed the bill on Saturday evening, the final night of the regular legislative session. The bill would establish a licensing requirement for syringe exchange programs and establish a goal of one-to-one exchange of needles. The bill includes immunity for providers and civil penalties for non-compliance, from $500 up to $10,000.

Late in the session, lawmakers amended the bill to include a requirement of local government support as well as a requirement for participants to provide identification.

Takubo said he broadly supports the bill but believes the ID requirement might have gone a step too far.

“I’m probably in that camp that believes that was probably a little bit of an overreach in the bill,” Takubo said.

He said that element of the bill was supported by lawmakers who believe it will cut down on needle litter.

“I don’t. I think if you’re having people come into these programs and they’re bringing back a needle that you gave ’em, then you know they’re not ending up on the street,” Takubo said. “For me, that was probably something that was unnecessary, probably a little burdensome.”

Health experts have also objected to a requirement that local governments sign off on syringe exchange programs, saying that will make the programs subject to the political tide.

Takubo said the bill attempted to provide local control. “Time will tell if that’s the right decision or the wrong decision.”