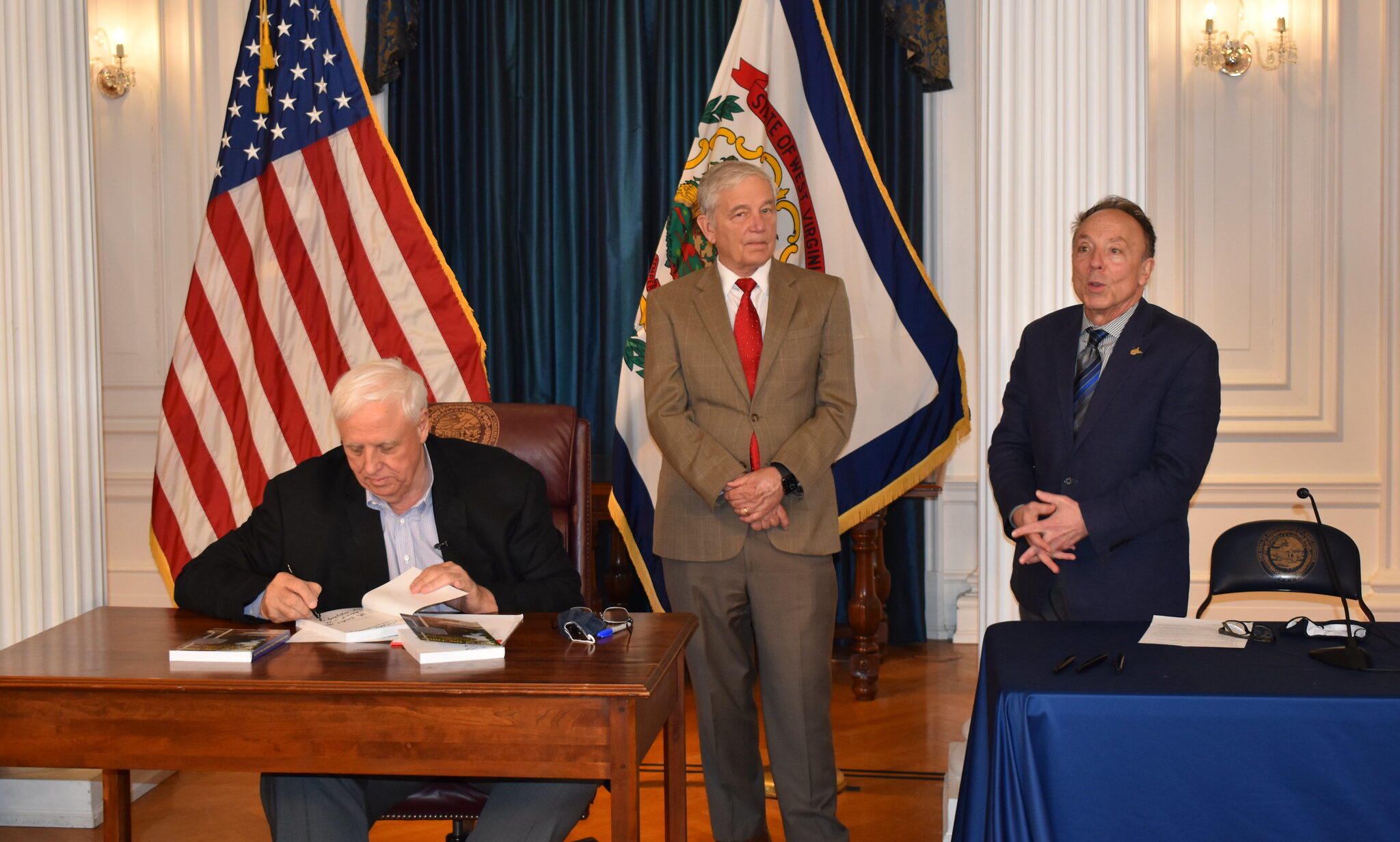 Gov. Jim Justice, left, Transportation Secretary Byrd White, and Randall Reid-Smith, the curator of the state Department of Arts, Culture and History, during a presentation on the new book. (Governor Jim Justice/Flickr)

CHARLESTON, W.Va. — A new book is out detailing West Virginia’s historical markers and the state’s history.

“Signs of the Times: West Virginia’s Highway Historical Marker Program” is an update to the historical marker book first published in 2002.

The Highway Historical Marker Program began in 1934, in which West Virginia’s first marker was installed in 1937.

“It was at the old Capitol down in Charleston on Capitol Street,” said Randall Reid-Smith, the curator of the state Department of Arts, Culture and History, during a recent presentation.

Gov. Jim Justice signed a copy of the book, which has been added to the West Virginia Archives. Reid-Smith also announced the state Culture Center will have an exhibit in October 2022 marking five years of Justice’s Roads to Prosperity program, in which West Virginia voters approved issuing road bonds to fund road construction projects across the state.

The books can be purchased for $12.95 at the state Culture Center in Charleston, Tamarack in Beckley, the Grave Creek Mound in Moundsville, and Independence Hall in Wheeling.