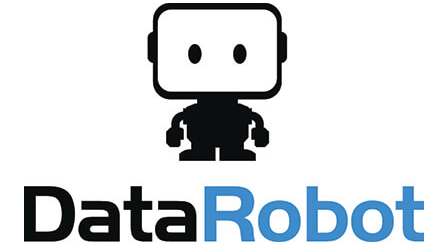 MORGANTOWN, W.Va. — A leading company that utilizes artificial intelligence to help solve complex problems through data analysis has announced it is locating in Morgantown and is ready to hire.

DataRobot announced first on Metronews Talkline on Wednesday a partnership with West Virginia University and the John Chambers College of Business and Economics to open an office in West Virginia.

“We’re really excited about the future,” CEO Dan Wright said during an appearance on Talkline.

DataRobot utilizes a combination of software that automates many of the tasks that data scientists previously had to do manually, helping public and private sector entities solve elaborate problems.

“One of our customers is Kroger. What we do is demand forecasting, figuring out how many loaves of bread they need at a particular location at any point in time,” explained Wright.

The deal to bring DataRobot to West Virginia began as state Auditor J.B. McCuskey attempted to focus public funds on areas in which the state excelled and pay for those projects first. The idea was to analyze what had been done in the past and better predict what needed to be done in the future and do it in a more effective and efficient manner.

That’s exactly what DataRobot specializes in.

When McCuskey started to look in to DataRobot to help his office and the legislature, what he discovered was a company he’s convinced can excel and expand in West Virginia. McCuskey then went to work connecting Wright with WVU President Gordon Gee and Sarah Biller, the Executive Director of Vantage Ventures with John Chambers College of Business and Economics.

It also helped that Wright already had a relationship with the business college’s namesake, John Chambers.

“He told me about West Virginia and he spoke about it with a lot of passion. It was really about the people and opportunity. He talked a lot about how this can be a center for innovation. You can start things here and scale them all over the world, solve hard problems here. He talked a lot about the mission-driven nature of people here,” Wright said. “Everything that John told me is real. People here are amazing. They are a great resource the state has.”

The possibility of growth and utilizing one of the fastest growing resources also intrigued McCuskey, who is confident data could be a 21st century oil and gas boom.

“Data is the new oil. It’s the new gas. There is no more valuable commodity than data and our data scientists at our university are the best in the world,” asserted McCuskey.

DataRobot is starting out with between 30 and 40 employees and the hope is to expand in the future.

“I see an opportunity to create an innovation hub right here in Morgantown,” insisted Wright. “I think there are many other companies that we work with, cutting edge, rapidly growing technology companies that will look at this and ‘say this is an opportunity where you can get some amazing talent in a state where you can move fast and get some things done, I’m all in.'”