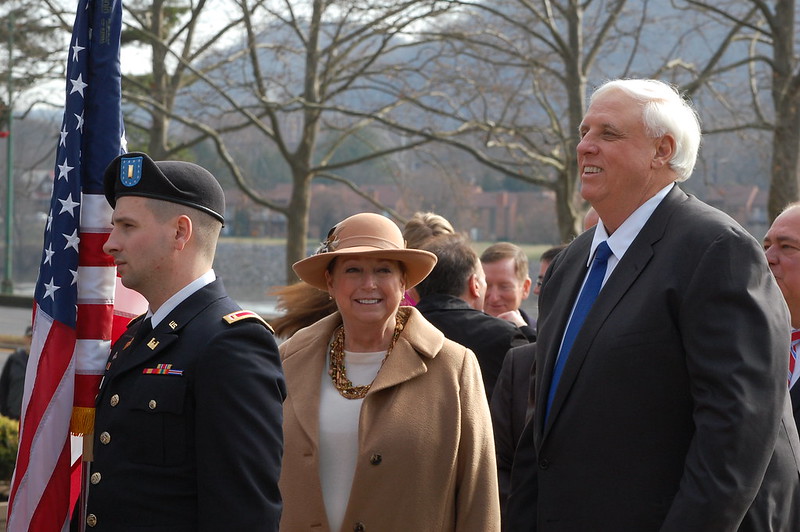 While businesses owned by Gov. Jim Justice sue their old banker in federal court, the banking company is laying claim to more than $58 million from Jim and Cathy Justice based on guarantees they signed.

Carter Bank & Trust has filed claims over those millions of dollars based on recent defaults of The Greenbrier Sporting Club and Oakhurst Club.

This is the latest in the legal back-and-forth between the Justice businesses and their longtime bank, with heightened jeopardy in this instance because of signatures putting the governor and first lady personally on the hook.

Justice and his companies sued the Martinsville, Va.,-based bank in federal court May 31 over millions of dollars in loans that were coming due the next day. That lawsuit claimed the bank grew restrictive, the financial relationship grew toxic and the bank wouldn’t cooperate on refinancing loans coming due for Greenbrier properties.

Now, in a separate court action, Carter Bank is firing back with two claims seeking a direct path to compensation based on guarantees signed by West Virginia’s governor and first lady.  The claims were filed July 6 in Circuit Court of the City of Martinsville, Va., which is where Carter Bank is based.

Carter Bank, through spokesman Brooks Taylor, declined to comment about the filings: “It is the policy of Carter Bank & Trust not to comment to the press regarding matters in litigation or matters involving customers of the Bank, and therefore the Bank respectfully declines to comment in response to your inquiries.”

Jim and Cathy Justice signed the guarantees during a broad, 2020 restructuring of the debt of family-owned companies. That document, which was filed in federal court last week, shows such guarantees were signed on loans representing millions of dollars in loans covering several Justice properties, with most coming due in October, 2022.

The guarantees originally signed by the Justices note in bold and all capital letters that the guarantee of judgment provisions were included. The provision allowed any of several specified lawyers to file a claim in case of default.

The Greenbrier Sporting Club offers memberships for people who own real estate at the historic Greenbrier Resort, owned by the Justice family. Members enjoy private amenities unavailable to hotel guests but also have access to the resort.

Oakhurst Club is a Justice development company that envisioned a golf course designed by legends of the sport, hundreds of luxury homes and a ski resort.

Justice’s businesses filed a lawsuit in federal court against Carter Banks the day before the loans for the Greenbrier properties were coming due. That lawsuit alleged a deteriorating relationship with the bank culminated with a standoff over refinancing Greenbrier properties earlier this year.

The lawsuit described tension with Carter Banks coming to a head over eight recent weeks because of the Justice family’s desire to partner with another lender to refinance loans that Carter held. The Justice companies alleged being stonewalled.

In its own federal court filing last week, Carter Bank said that federal suit was just a delay tactic.

“Plaintiffs filed this case purely as a delay tactic against the repayments of loans they owe to Defendant Carter Bank,” wrote lawyers for the bank including Booth Goodwin, a former U.S. attorney who was Justice’s Democratic Primary opponent in the 2016 governor’s race.

Carter Bank has contended that over the years its representatives worked repeatedly and cooperatively with the Justice companies to restructure or extend various loans, but “early in 2021 Carter Bank advised the Plaintiffs that it would not renew or extend two loans due to mature by their own terms on June 1, 2021.”