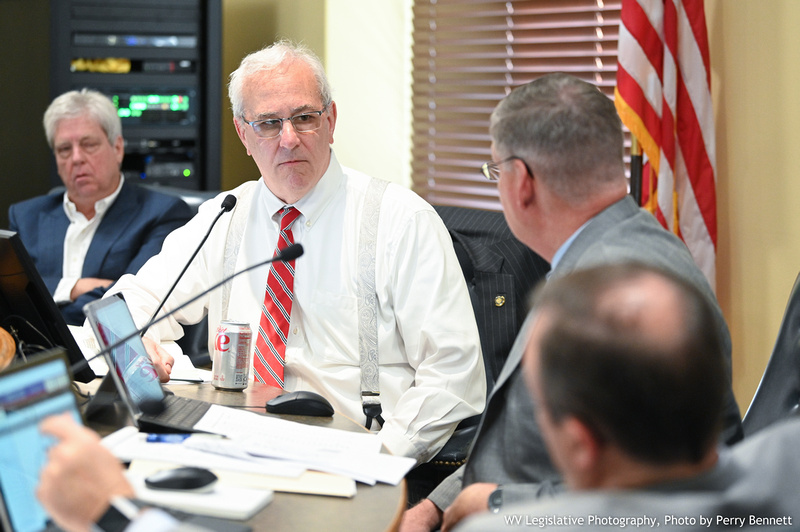 The Senate’s redistricting committee, with a bunch of maps to consider, focused today on how to consider whether a district is appropriately compact.

The committee formally met today, discussing two dozen possibilities for congressional districts and introducing several options for state Senate maps. But the committee did not make any decisions and plans to meet again at 3 p.m. Thursday.

Even then, the committee’s recommendations wouldn’t be final. A special session of the full Legislature is anticipated. And a House redistricting committee also will have say-so on the mapping process that occurs every 10 years.

“Any member of this committee who wants to post a map of the Senate districts, probably not too early to do it,” said Senator Charles Trump, R-Morgan, the chairman of that chamber’s redistricting committee.

“As with the congressional maps, I think we want to have ’em up long enough for the public to get a chance to look at ’em and throw rocks at ’em or say they really like ’em or what.”

While examining proposed congressional maps that generally split the state east-west or north-south, senators discussed caselaw about what would constitute a compact district.

“Compactness is one of the criteria that’s required for congressional districts,” said Liz Schindzielorz, general counsel for the committee, who led the discussion. She acknowledged, though, that’s difficult in a relatively small state where two panhandles stick out.

Trump, speaking today on MetroNews’ “Talkline,” said the compactness issue is important for the resulting districts.

“We have to keep ’em equal in population, and they should be compact,” he said.

Senators who spoke at today’s meeting were somewhat divided about how the state should be split for Congress.

Senator Chandler Swope, R-Mercer, advocated for a north-south divide. “That would ensure the southern half of the stae that I represent would have a high level of representation by the congressperson,” he said.

He was joined by Senator Mike Woelfel, D-Cabell, who advocated for a map labeled Woelfel 1, which features a zig-zag resulting in a north-south divide.

“There is a shared culture and history that the southern counties possess that may not be congruent with the two panhandles,” Woelfel said.

On the other side of that issue was Senator Glenn Jeffries, D-Putnam, who prefers an east-west divide.

“My preference is still an east and west, separating the two powerhouses – Monongalia and the Eastern Panhandle,” he said.

He was joined by Senator Mike Caputo, D-Marion, who said a congressional representative from those growing areas would feel responsible for helping other counties in the district grow.

The redistricting committee for the House of Delegates met last week and hasn’t yet announced another meeting. But delegates have been debating the maps that have already been presented, particularly one that would establish 100 single-member districts.

“We’re currently negotiating because there’s obviously some things that we don’t like about it. And there’s some things that Republicans don’t like. So right now there’s a little bit of back-and-forth going on,” said Delegate Mike Pushkin, D-Kanawha, speaking on “580 Live.”

The Legislature shouldn’t rush into any decisions, Pushkin said.

“I think there should be a little bit more time. I think once the map is agreed upon, I think we should allow a little more time for the public to weigh in,” he said.

Speaking on “Talk of the Town” on WAJR AM, Delegate Joe Statler agreed that changes are ahead for the House map.

“The final, final version coming out of committee has not been determined as of yet,” said Statler, R-Monongalia.

He said those decisions should be made without regard to where incumbents currently live.

On the congressional map issue, Statler said he favors an east-west divide — keeping the growing areas of around Morgantown and Martinsburg apart.

“I’m leaning a little bit more to keeping the two driving engines of the state of West Virginia – the two main areas, I’m more inclined to try to separate them,” he said.