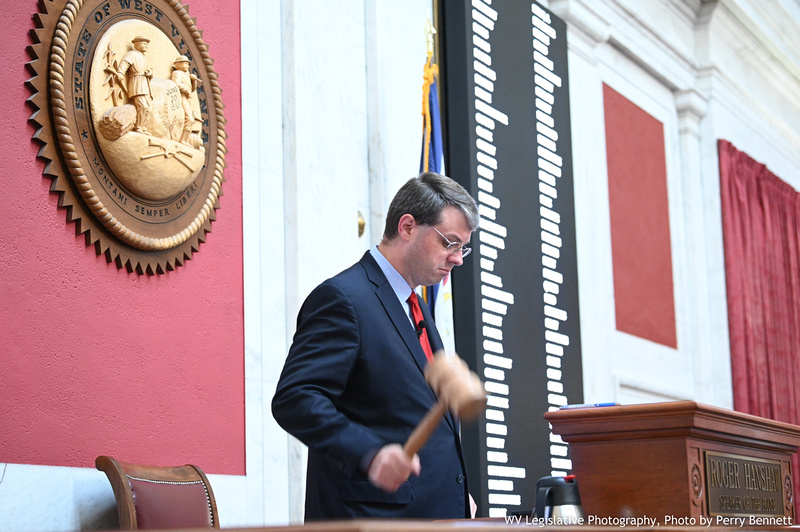 The House of Delegates today passed a bill that accomplished a long-sought goal.

“Before you, you have a 100 single-member district plan for the West Virginia House of Delegates,” said Delegate Gary Howell, R-Mineral.

He noted the result could never be perfect but took into account issues such as existing local boundaries and likeminded communities. “We are dealing with population loss and population shift. Both of these factors are reflected in the plan before you.”

The bill reflecting the new map passed 79-20 with one absence, Delegate Larry Pack.

Delegates for years had discussed moving from single- and multi-member districts, and in 2018 they passed a law to make that happen. This week’s legislative special session has been a response to the constitutional duty to redistrict with the Census each decade.

The state Senate has a say-so on new political maps too, but is likely to respect what the majority of delegates envision for House districts.

That doesn’t mean all delegates agreed on the new district maps. Debate over the final product extended for about three hours today.

“What we have before us is a gerrymandered mess,” said Delegate Mike Pushkin, D-Kanawha.

Democrats brought up seven amendments that would have altered the proposed boundaries in Marshall and Wetzel counties, Shepherdstown, Charleston, Huntington and other locations. One amendment would have switched the map entirely.

But the Republican majority voted down each of the amendments, keeping a map that was produced by staff and approved by the House Redistricting Committee.

“A lot of us are going to have trouble explaining the ziggy-zaggy districts we have created in this bill,” said Delegate Larry Rowe, D-Kanawha, who lamented that an independent commission hadn’t been used to come up with the map.

Two Democrats, John Doyle of Jefferson County and Dave Pethtel of Wetzel County, said they don’t intend to run for re-election after redistricting. “I’m not running, no matter what,” Doyle said.

Pethtel said he’d served for 30 years with Wetzel County mostly kept whole over that time. The new map, he said, splits Wetzel four ways. In each case, the portion of Wetzel would be outweighed by surrounding communities from other counties.

“I knew that was my sign to retire, and I will not seek re-election in 2022,” Pethtel said.

Instead, Pethtel said he made a pledge to support fellow Delegate Lisa Zukoff, D-Marshall, who lives in a new district that would share Wetzel communities.

“These are not lifetime seats. Thirty years is a long time to be here,” Pethtel said.