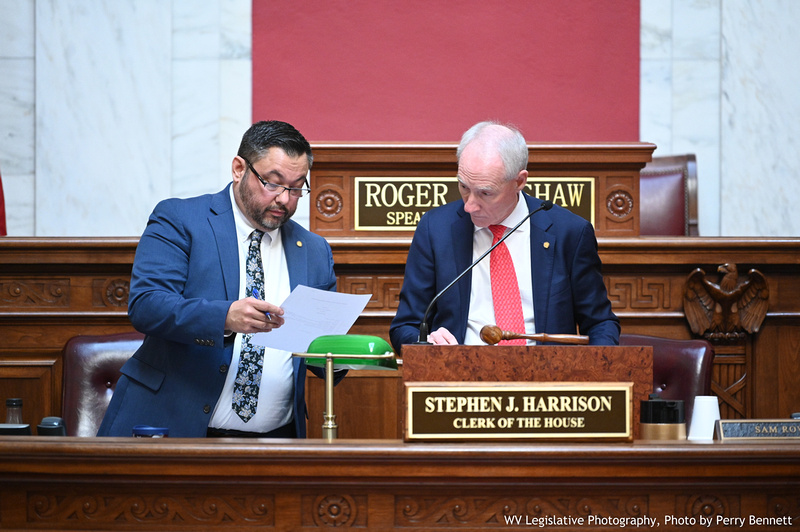 Just a day into the annual legislative session, West Virginia lawmakers started moving a bill that would ban abortions at 15 weeks, just like a Mississippi law under review by the U.S. Supreme Court.

“This bill is very similar to the Mississippi law. In fact, I think it almost mirrors it perfectly, other than it just gets placed in our state code rather than the Mississippi state code,” acknowledged Delegate Kayla Kessinger, R-Fayette. “Why do it now?  Why now? I think it’s never the wrong time to do the right thing.

“States have a vested interest in determining what abortion should look like, when abortion should be available. So why are we doing it now? We want the Supreme Court to know that Mississippi isn’t the only state that wants to tackle this issue.”

The 15-week abortion bill will be taken up in the House Health Committee today. @KaylaKessinger states her opinion on this bill with @HoppyKercheval. WATCH: https://t.co/yCFQ3nm85Y pic.twitter.com/jhEJ7ItYkD

Following Dec. 1 oral arguments, a ruling by Supreme Court justices could roll back what was established in the earlier Roe vs. Wade case, as well as the related Planned Parenthood vs. Casey.

Mississippi’s law established a statewide ban on abortion after 15 weeks. That’s weeks earlier than what Roe vs Wade established, with viability at 23 or 24 weeks — or longer in cases where the patient’s life or health is at risk.

Other states, including Florida, have been moving to get in line with laws like Mississippi’s. Other states, like Vermont, will be change their laws to ensure access to abortion.

In West Virginia, House Bill 4004 came up for consideration during this year’s first meeting of the House Health and Human Resources Committee.

Committee members went through about an hour of detailed, sometimes emotional and often somber discussion before the majority adopted the bill in a voice vote.

“I’m sorry we spent our first day of committee on this subject, but I will be voting against it,” said Delegate Mike Pushkin, D-Kanawha.

The bill still has a long path through the West Virginia Legislature. It now goes to the House Judiciary Committee before any consideration by the full House or the state Senate. A public hearing in the House has been set for 3 p.m. Monday.

The House Health Committee today also adopted HB4005, making it illegal to transport and sell aborted fetal organs in the state. The bill, which now goes to the Judiciary Committee, would run parallel to a similar federal ban applying to state lines.

ACLU West Virginia and other organizations objected to both, saying the bills are intended to end access to lifesaving healthcare.

“These bills are about banning abortion and making abortion as hard as possible for West Virginians to access, plain and simple,” stated Katie Quinonez, executive director of Women’s Health Center of West Virginia, the state’s only abortion provider.

“When someone has made the decision to have an abortion, they should be able to get one as soon as they decide without facing restrictions that force them to delay care, get on a plane to another state, or carry a pregnancy against their will.”

The House Health Committee rejected several amendments offered by Democrats, including proposed changes that would have clarified that medical emergencies include psychological or emotional conditions.

“There could be psychological and emotional conditions that would cause the woman to harm herself, which would harm the fetus as well,” said Delegate Lisa Zukoff, D-Marshall.

Another proposed amendment would have specified exceptions in instances of rape or incest.

“Rape, incest – we’ve heard the truth, the trauma, the terror,” said Delegate Danielle Walker, D-Monongalia, who described herself as a rape survivor.

“It’s for that person who is keeping quiet, that does not want to tell this to anyone but their medical physician.”

When it came time to vote the bill up or down, Delegate Dean Jeffries, the committee’s vice chairman, said he was comfortable taking the vote. Jeffries said he was moved by becoming a grandfather and hearing the baby’s beating heart and seeing images of functioning vital organs.

“At that point,” Jeffries said, “I knew this legislation is just and it is right.”