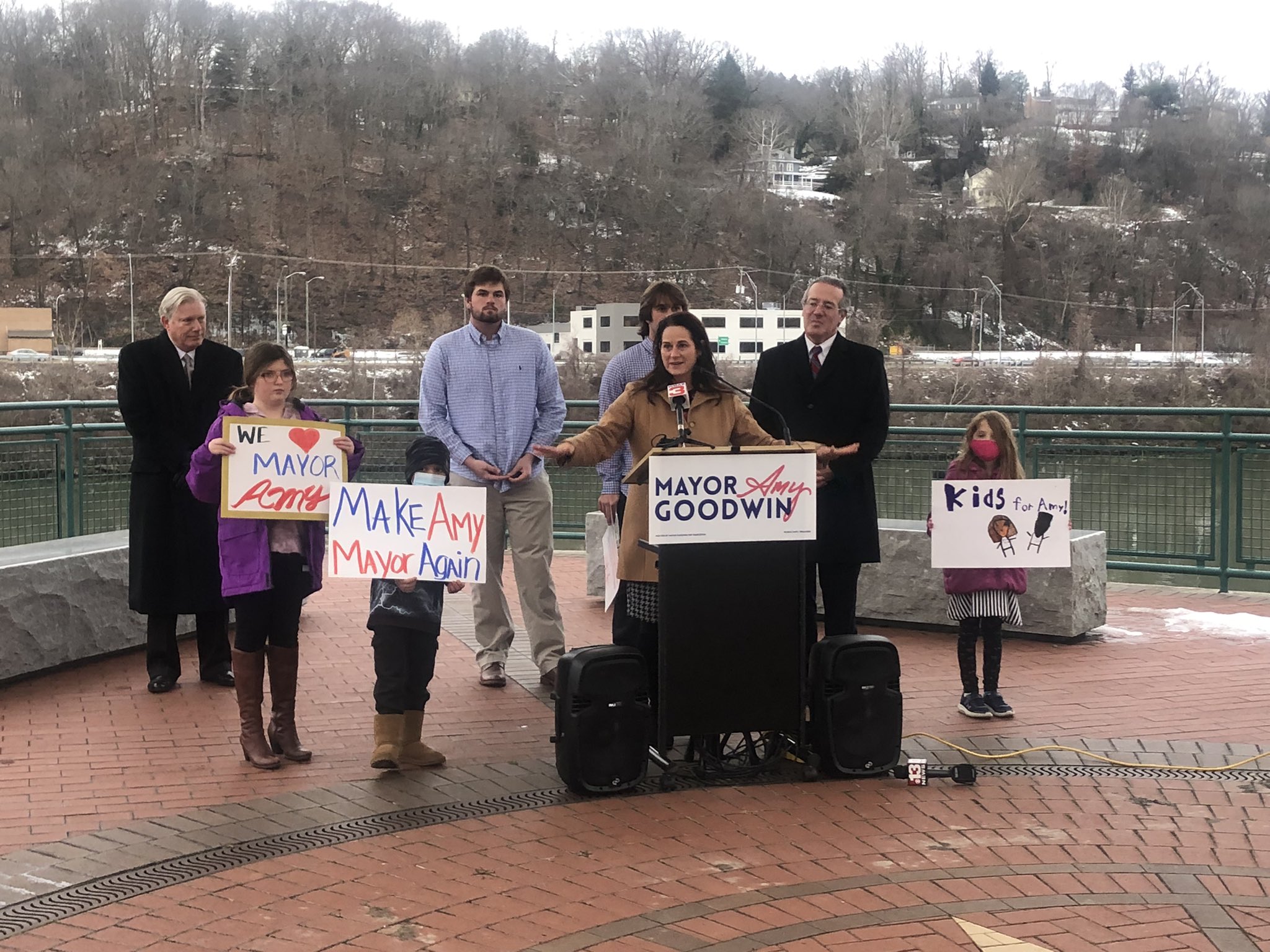 Charleston Mayor Amy Shuler Goodwin announced her bid for re-election on Monday surrounded by her family.

CHARLESTON, W.Va. — Mayor Amy Shuler Goodwin is running for re-election in 2022, she announced alongside her family Monday night.

Goodwin spoke to supporters at Haddad Riverfront Park in Charleston including local fellow Democrats, moments after she said she filed.

Goodwin was elected in November 2018 and became Charleston’s first female mayor the following January. The majority of her term has been dominated by the COVID-19 pandemic which started March 2020.

She said a second term would be about continuing to keep people safe and finishing projects her administration started.

Much like her state of the city address earlier in January, Goodwin highlighted the city’s financial stability during Monday’s announcement. She said the city council has balanced a budget without raising taxes or reducing essential public services, especially during the pandemic.

She said she was proud of keeping city employees working during the pandemic, services moving forward and the city coming together.

“We have the largest rainy day fund in the history of Charleston because we had to build it up. The pandemic taught us a lot of things but it taught us to make sure we had the reserves we needed. God forbid if something like this ever happens again,” Goodwin said.

In 2018, Goodwin defeated J.B. Akers, owner of Akers Law Offices. She succeeded longtime Republican and Independent Mayor Danny Jones, whom Goodwin said on Monday endorses her. Jones was not in attendance.

“I think what I am most proud of is he (Jones) has taken a look at our administration, taken a look at what we have done and has endorsed me and supported me. That really means a lot to me,” Goodwin said.

Goodwin and her husband, Booth Goodwin, a former U.S. attorney and prior Democratic gubernatorial candidate, have two sons.

Goodwin is a former deputy secretary of commerce and West Virginia tourism commissioner. A past spokesperson for both Gov. Bob Wise and Gov. Earl Ray Tomblin, she had never run for public office before running for mayor.

Goodwin is the only candidate to file to run for Charleston mayor, so far. Charleston resident Martec Washington has announced intentions to file. Saturday is the deadline for candidates to file.

May 10 is the primary election date.