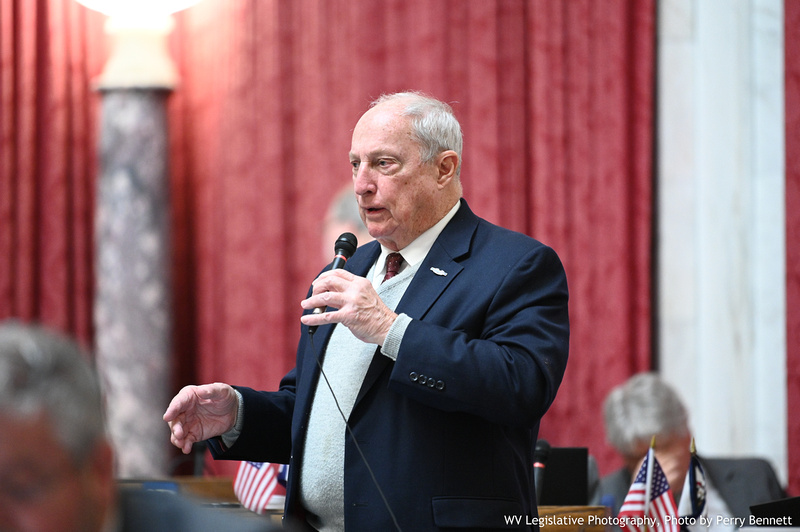 Two West Virginia delegates today tried to broaden a bill allowing electronic absentee voting by first responders to instead give all registered voters the right to submit absentee ballots by mail.

The amendment was voted down overwhelmingly, but offered an interesting glimpse into where West Virginia’s elected officials stand on universal absentee voting.

The issue came up as the House of Delegates considered HB 4312, extending the option of electronic absentee balloting to first responders in certain emergency circumstances.

“This bill is an excellent bill, and the delegate from the 51st and I are fixing to make it even a lot better,” said Delegate John Doyle, D-Jefferson.

Doyle and Delegate Evan Hansen, both Democrats, offered an amendment striking out the section of state law that spells out the specific circumstances allowing some citizens to vote by mail — for example, if they have a disability, if they are out of the country or if they are away at college.

Their amendment would have substituted in the guidance, “All registered voters and other qualified voters in the county are authorized to vote an absentee ballot by mail.”

The delegates noted that state officials interpreted the exiting guidance for mail-in balloting very loosely during the 2020 primary election because of the onset of the covid-19 pandemic.

The decision for the Primary Election opened up absentee balloting to anyone who said they were affected by the outbreak of coronavirus.

“It’s impossible to have a perfectly secure election, but the election we had in 2020 by every objective analysis was the most secure we’ve ever had in this country. I think it is important not only that first responders be able to vote absentee but that everyone be able to do so.”

“We had an experiment in the 2020 election due to covid, and in that experiment 145,000 West Virginians voted absentee,” Hansen said, noting that was the highest absentee participation ever.

“We had an experiment. We proved we could pull it off and allow every West Virginian who’s qualified to vote easy access to the polls.”

“Universal mail-in balloting in the state of West Virginia, I don’t think, is something the majority of West Virginians want to see,” Capito said, praising the Secretary of State and county clerks for pulling off a secure election under unprecedented circumstances.

Capito said, “We want to be judicious about how we administer mail-in balloting. I think we’re doing that and I think the law is fine like it is, so I’d urge rejection.”

The proposed amendment was voted down 6-87 with seven absences. The bill extending an electronic balloting provision to first responders is up for possible passage on Tuesday.