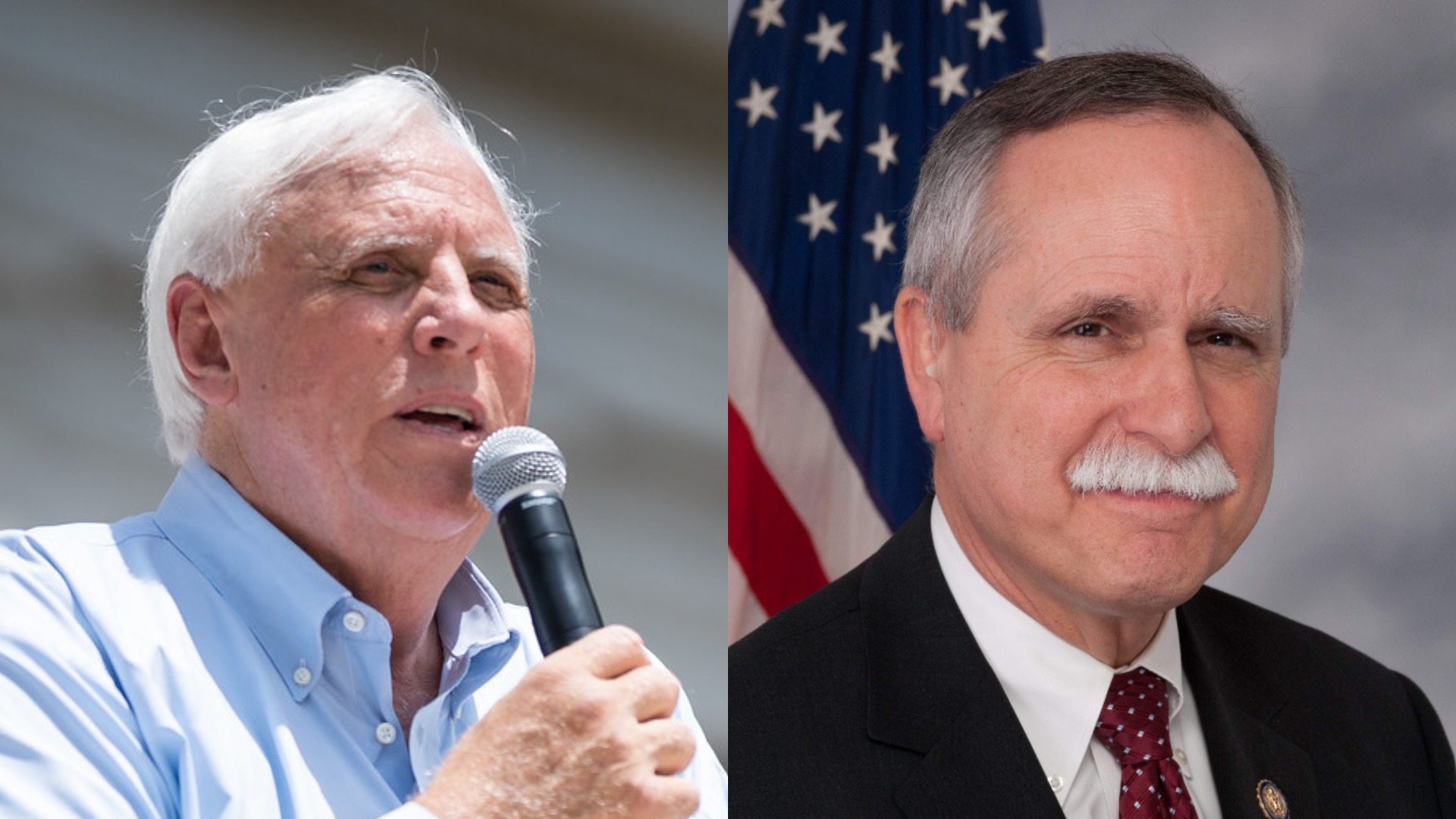 Justice issued the endorsement with praise for McKinley’s efforts in addition to criticisms toward Mooney, including critiques regarding Mooney’s political experience and an ongoing review into Mooney’s campaign spending.

McKinley and Mooney represent the current 1st and 2nd districts respectively, but the state Legislature put both lawmakers in a single district during last year’s redistricting efforts. West Virginia is losing one of its three current congressional seats because of population changes since the 2010 census.

Mooney has criticized McKinley for his vote to pass last year’s infrastructure law and support for a committee to investigate the January 2021 U.S. Capitol riot. McKinley was one of 13 House Republicans who voted for the infrastructure legislation. The congressman supported a body to investigate the U.S. Capitol attack, but he has shared opposition toward the current House select committee investigating the insurrection.

“Frankly, I do not agree with his vote to authorize a January 6th investigative committee,” Justice said regarding McKinley. “However, it did take a lot of courage for him to vote for the Bipartisan Infrastructure Bill and I know without question that vote was done out of his love for the great people of West Virginia. The infrastructure dollars we will receive will positively impact the lives of all West Virginians in a major way.”

Justice, McKinley and the state’s two U.S. senators announced Tuesday the launch of the West Virginia Hydrogen Hub Working Group, which will focus on developing a hydrogen energy facility in West Virginia. The facility would be supported with Department of Energy funds allocated in the infrastructure law.

“West Virginia is well positioned to continue as a leader in energy innovation in the decades to come, and can be a driving force in the development of hydrogen technologies,” McKinley said.

“The opportunities provided by the Bipartisan Infrastructure Bill give us a chance to make West Virginia and the Appalachian region a center for breakthroughs in hydrogen, which will create good jobs and allow us to leverage our existing natural gas and coal resources. We look forward to working alongside the Hydrogen Hub Working Group to make sure this initiative becomes a reality for our state.”

West Virginia is set to receive nearly $6 billion from the Infrastructure Investment and Jobs Act. McKinley, as well as Sens. Joe Manchin, D-W.Va., and Shelley Moore Capito, R-W.Va., have announced multiple projects over the last month related to the law, including efforts to clean up abandoned oil and gas wells and reclaim abandoned mine lands.

Mooney and Rep. Carol Miller, R-W.Va., voted against the measure.

Justice also used his endorsement to attack Mooney’s political experience; Mooney served in the Maryland Senate and led the Maryland Republican Party before moving to the Eastern Panhandle ahead of the 2014 midterm elections.

“In fact, his opponent has only met with me one time since I became governor, but I see and talk to David all the time,” the governor added. “I have serious concerns about his opponent’s ability to represent West Virginians well, after spending the majority of his time and life representing Maryland.”

The endorsement also comes as the House of Representatives Ethics Committee continues its review of spending by the Mooney campaign. The Office of Congressional Ethics Board stated in a report last year there is “substantial reason to believe” Mooney used at least $40,115 for personal and non-political purposes from 2017 to 2021.

The committee said earlier this month it has extended the review of Mooney after the Office of Congressional Ethics provided the body with a second item. The committee will announce a “course of action” by May 23, nearly two weeks after the May 10 primary election.

Mooney opened a legal expense fund in December to pay bills related to the investigation.

Justice’s endorsement additionally puts him at odds with former President Donald Trump, who endorsed Mooney in November. Justice and Trump are friends, and the governor announced he would changed his party affiliation from Democrat to Republican at an August 2017 rally in Huntington alongside Trump.

Justice stated he and McKinley support the former president. According to statistics website FiveThirtyEight, McKinley voted 92% in line with Trump’s positions compared to Mooney’s 86.7% rate.

Justice is slated to attend a campaign event for McKinley next month at the Charleston Coliseum and Convention Center.