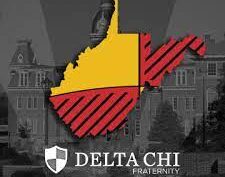 MORGANTOWN, W. Va. — West Virginia University has suspended one fraternity and reprimanded three others after wrapping up investigations into a hazing reports and recent fights

Effective immediately, Delta Chi will serve a three-year suspension related to a February hazing incident. WVU will no longer recognize Delta Chi and the international chapter no longer recognizes it. Phi Sigma Phi received a disciplinary reprimand and was placed on probation by its national headquarters. Phi Kappa Psi and Sigma Nu also received disciplinary reprimands. According to Matthew Richardson, director of the Center and chair of the WVU Hazing Prevention Task Force a written notice of the violation will become part of the official University record for the organizations.

“This is what we stand for as a community and if you behave in a way that’s counter to that we have no patience for it,” Richardson said. “And we are going to do what we need to do to set our community up for success.”

Delta Chi can apply for reinstatement after August 2025, a process that includes a variety of educational requirements.

“In a few years the group can petition to be reinstated,” Richardson said. ” But, when that happens no members of the current group will likely be active members of the new organization through the organizations’ membership review process.”

All three groups must also participate in educational programming including de-escalation training.

“We want to give every opportunity and benefit of the doubt. However, some times it doesn’t work that way,” Richardson said. “There are things that come out like threats to students safety or safety of the overall campus and we have to take further action.”

Additionally, nine individuals have also been taken through the Student Conduct process for violations resulting from the hazing incident and fighting. Sanctions range from deferred suspension to one-year probation and continued monitoring by the Office of Student Conduct.

“In these situations, for each of them, we sat and evaluated the level of responsibility both as an organization and individually,” Richardson said.

university officials are very fortunate no injuries were reported in any of the investigations. However, The spike in conduct problems will be taken very seriously at all levels of the institution. One Phi Sigma Phi member, Garrett Boehme, 21, of Summit Point, has been charged with wanton endangerment involving a firearm after shooting a gun in the air during an altercation.

“We’re going to work with the University police to train our students on how to deescalate situations and show them it is not a reasonable response to turn to violence to settle conflict,” Richardson said.