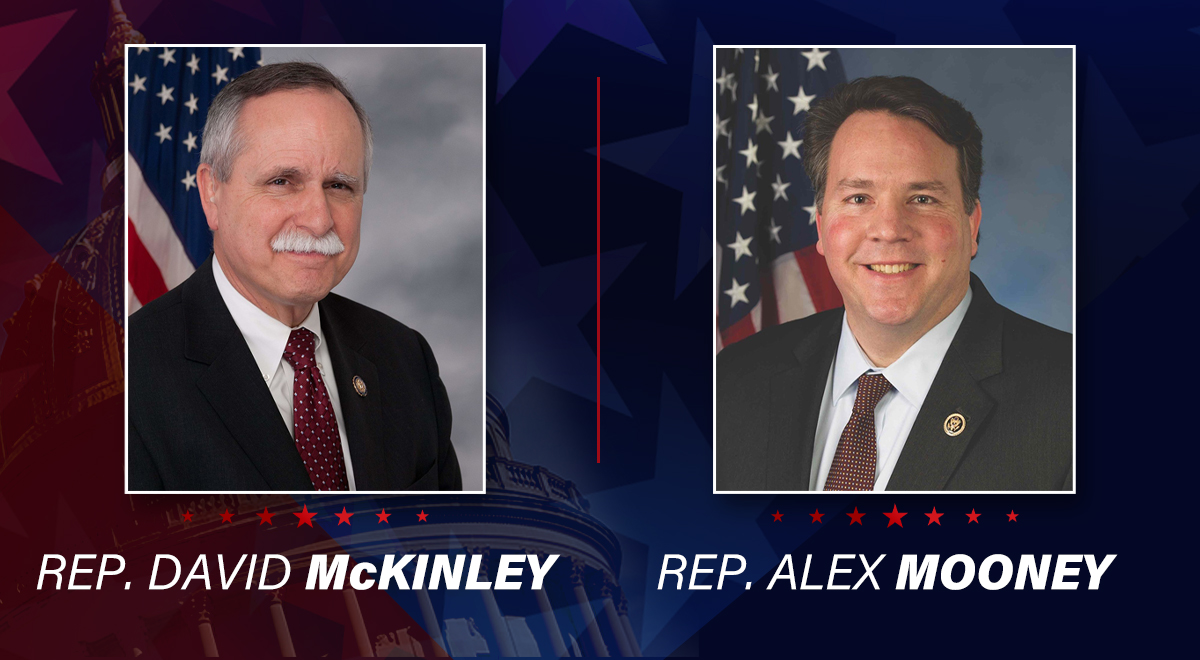 Mooney has ridden the strength of an endorsement by Donald Trump, plus the growing population of his base in the Eastern Panhandle.

McKinley has been trying to counter with his own endorsements by Gov. Jim Justice, a Republican, and Senator Joe Manchin, a Democrat. McKinley also has been touting benefits of the $1.2 trillion congressional infrastructure bill.

The poll by Research America Inc. on behalf of West Virginia MetroNews asked preferences among 350 likely Republican voters and independents in the current Primary Election.

“McKinley has a 16-point lead over Mooney in West Virginia’s Northern Panhandle, but not enough to close Mooney’s gap in his home area,” Repass said.

What does the MetroNews West Virginia Poll in the race for the Republican nomination in Congressional District No. 2 indicate? Rex Repass, Research America, provides those figures to @HoppyKercheval. WATCH: https://t.co/yCFQ3nDJuy pic.twitter.com/atxRPjmaCf

McKinley appeared with Governor Justice this week for an economic development announcement in Wheeling. Justice, a longtime friend and supporter of Trump, said the former president made a mistake with his Mooney endorsement. “This man (McKinley) is the man you want,” Justice said.

Trump, in turn, released a recent statement in support of McKinley and spoke for Mooney during a rally conducted by telephone. “We have to make sure that we vote for this great gentleman,” Trump said. “A friend of mine, and really a warrior in every sense of the way.”

Mooney and McKinley appeared together in studio Thursday to discuss issues ranging from infrastructure to immigration policy to energy on “Talkline.”

Mooney has been dogged by congressional ethics investigations of his use of campaign and taxpayer funds. He denied wrongdoing during the “Talkline” appearance this week.

“Look the Office of Congressional Ethics, the reports are full of misrepresentations and unsupported allegations. I’m not going to get into every detail,” he said, “but I am working with the ethics committee, the standing ethics committee. I’m cooperating with them to answer their questions about all these things.”

Republicans are widely expected to have a major electoral advantage to take back Congress this year. The current Republican congressional leader, Kevin McCarthy, has been in waves of recent controversy.

Both McKinley and Mooney said on “Talkline” that their vote would be for McCarthy as House Speaker if they are elected to return to Congress, although Mooney kept options open.

“Yes,” McKinley said of McCarthy, a Republican from California.

“Probably,” said Mooney. “Depends on who else is running.”

More polling factors in the race between McKinley and Mooney:

Results of this edition of MetroNews West Virginia Poll are based on interviews conducted between April 28 and May 4, 2022 with a sample of 350 West Virginia registered Republican and Independent voters who said they would opt for a Republican Ballot for the May 10 primary election in the state’s newly formed Second Congressional District. Data collection was completed online and by telephone with purchased sample of registered voters who are likely to vote in primary elections.

Likely voters in all counties representing West Virginia’s new Second Congressional District were sampled, screened for near certainty that plan to vote in next week’s primary election.

When using sample of registered voters and hybrid data collection (online and telephone) it is not appropriate to apply a probability-based margin of error to interviews completed. However, applying statistical tests of significance to each question asked at the 95 percent confidence interval yields an overall statistical error of +/- 5.2 percentage points based on the 350 interviews. The 95 percent confidence interval varies by question.