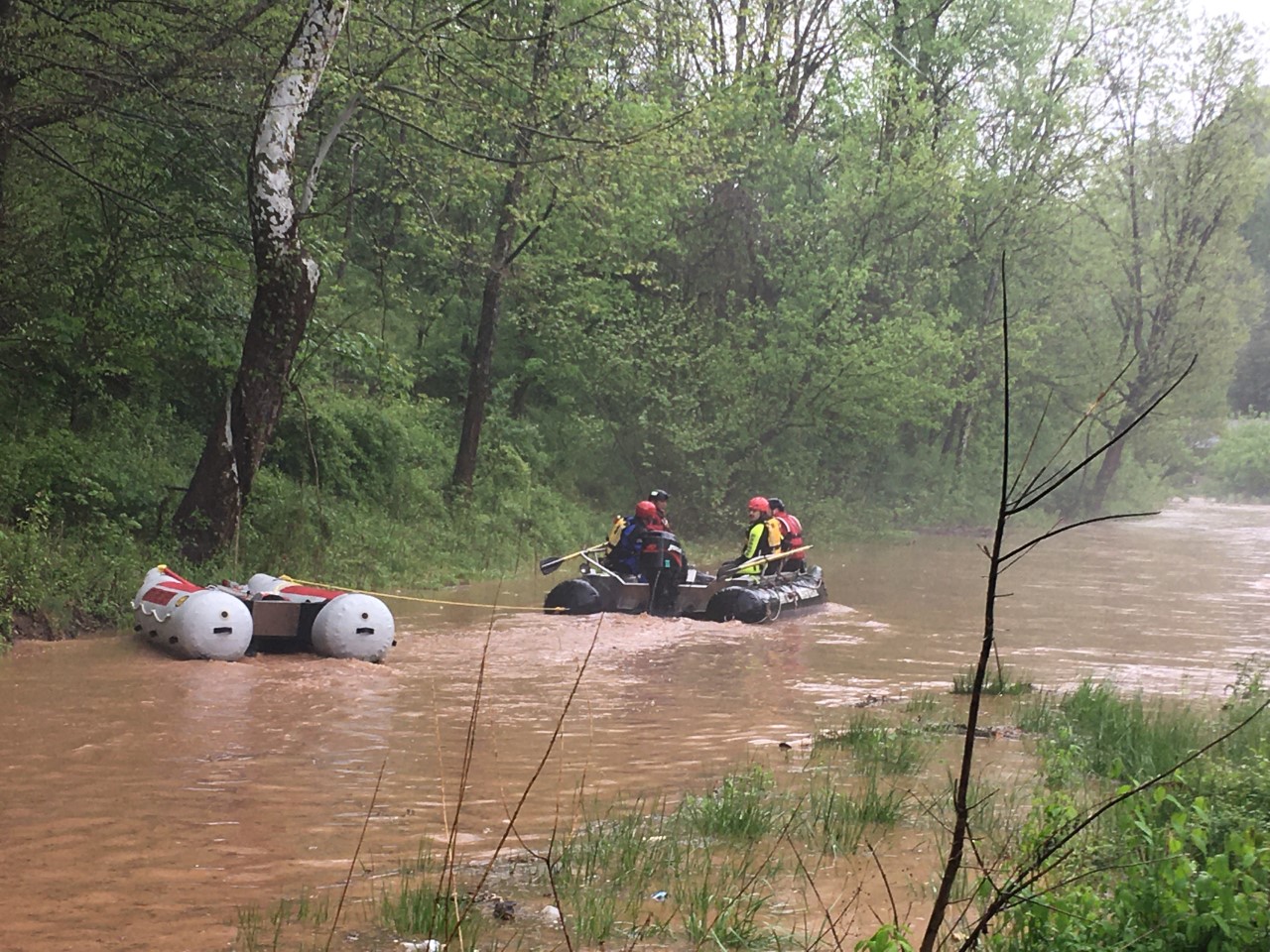 The state of emergency frees up state resources to help counties in recovery efforts.

According to the governor’s office, the “State Emergency Operations Center is coordinating with officials in the declaration area to determine their needs. This State of Emergency will remain in effect for thirty days unless terminated by subsequent Proclamation.”

Two to four inches of rain fell in parts of Cabell County Friday into Saturday causing massive flooding, downed trees and water rescues, according to the National Weather Service.

“The concrete, the roads, the buildings, stuff that doesn’t let water get into the ground, so all of that just rapidly channels immediately into run off. Nothing soaks in. It’s also in a lower lying location so all of the water drains in there,” Kredensor said.

In Milton, a man was swept away by flood waters and died. The body of Denver Edmunds, 63, was recovered at around 6:30 p.m. Friday along Kilgore Creek Road.

Here's a look at todays rainfall forecast. We still get the rain, but a lot lighter. We still have ongoing water issues so be aware and please follow road signs. As this system drives east, the rain will taper off from west to east throughout the day. Stay safe! pic.twitter.com/yA39WFNGRS

The concern heading into Saturday afternoon and evening is that water levels will rise in streams and rivers.

“The flash flooding threat is basically done now, so it’s more about what’s lingering,” Kredensor said. “We’re starting to see larger streams and rivers starting to come up. I would expect a few may get into flood stage where they spill out of their banks and run over some roads.”

The message for drivers if they come across high water is “turn around, don’t drown.”

Gov. Jim Justice issued a State of Preparedness for all 55 counties due to the severe weather. Flood Warnings and Watches were still in effect Saturday morning for Cabell and Wayne counties and also in parts of Calhoun, Lewis and Doddridge counties.

The rain will continue to be light and moderate and then will clear out Saturday afternoon. Highs will be in the 60s. The Mother’s Day forecast looks more promising with Sunday’s highs in the mid to upper 60’s mixed with sunshine.