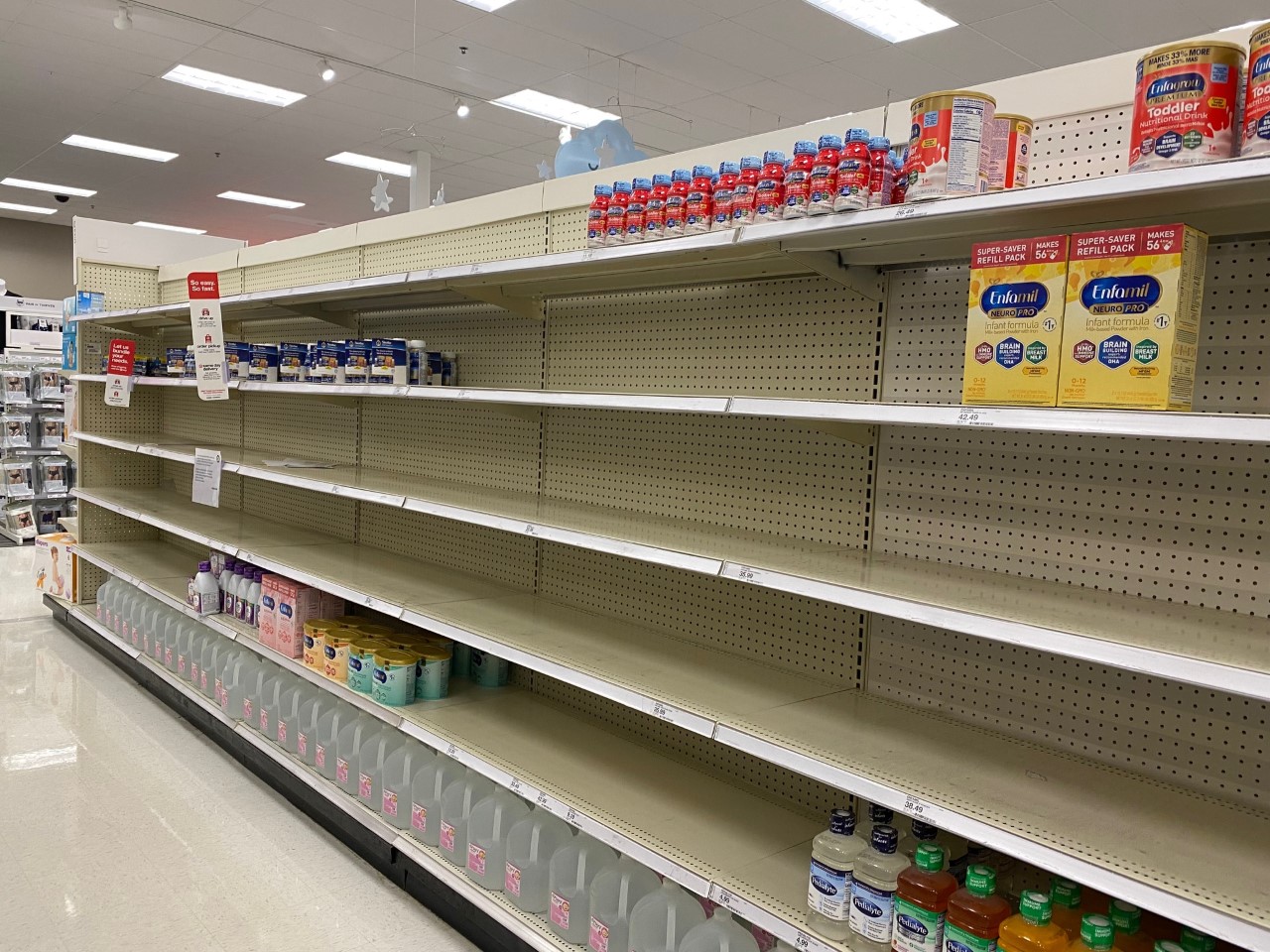 The problem is the state Legislature can’t do much to fix the problem, according to House Majority Leader Amy Summers (R-Taylor, 49).

“It’s very scary for parents that are trying to feed their children. Some people aren’t aware of it unless they’re looking for the product,” Summers said on Monday’s MetroNews “Talkline.”

The shortage, caused by a mix of supply-chain problems and a recall, has led to empty shelves at most stores, and has forced many new mothers to push themselves harder to breastfeed.

Summers, a grandmother and health care professional, said she went to Morgantown to buy formula and then drove it down to her daughter in Charleston.

“It did take quite a few stores to visit and you can try to look online, but it might not be the specific formula your baby needs,” she said. “I finally found a can at Giant Eagle in Morgantown and I was very excited.”

There continues to be a nationwide baby formula shortage. What has @AmyMSummers seen in her local grocery stores? She joins @DaveWilsonMN. WATCH: https://t.co/yCFQ3nDJuy pic.twitter.com/CTqIDppS4b

Summers said she’s reached out to state Health Officer Dr. Ayne Amjad and others at the state Department of Health and Human Resources to better understand what can be done at the state level to address the needs of parents and their children.

The advice from the DHHR’s Bureau for Public Health has been for parents to contact their pediatrician, especially when it comes to switching formula brands.

“They’re saying just check with your pediatrician before you proceed and make sure everything is okay or if you are going to do something different, let’s talk about the process of how you do that,” Summers said.

West Virginia lawmakers at the state and federal level, including Del. Kayla Young (D-Kanawha, 35) and First District Congresswoman Carol Miller (R-W.Va.), have penned letters to the Biden administration demanding an increase in supply.

Summers has also reached out to Miller to gain perspective on the situation.

“What can we do to step up getting production back up? It’s all in their hands,” Summers said, referring to the Biden administration. “When I spoke to Congresswoman Miller that’s what she said they were doing is trying to press the federal government to move more quickly.”

The DHHR previously told MetroNews WIC (Women, Infants & Children) participants may be able to fulfill some of their monthly formula allowance from a WIC clinic. Typically, WIC is not allowed to issue formulas to participants from “stock” in the WIC clinic.

West Virginia is one of eight states across the U.S. at least 50 percent out of stock on baby formula, according to the Wall Street Journal. Nationally, 43 percent of formula is out of stock.

President Joe Biden announced a plan last week to get the Federal Trade Commission to crack down on profiteering, ensuring parents are able to use federal benefits on a wider range of formula products under WIC.

The White House is also pushing agencies to increase imports of baby formula from other countries.

Abbott Nutrition has said it could take up to ten weeks to get new products on shelves.