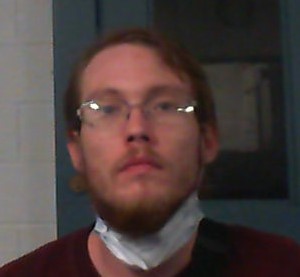 MOOREFIELD, W.Va. — A Hardy County man is jailed after witnesses claim he puled an AK-47 rifle on a restaurant employee during an argument.

The incident happened April 29th at the Burger King in Moorefield, W.Va. According to the criminal complain, Eric Phares, 28, of Moorefield and his wife got into an argument with an employee who had brought their food out to their vehicle. The restaurant’s assistant manager says surveillance video shows Phares getting out of the vehicle an pulling out the rifle and pointing it at the employee and the restaurant. He then laid the rifle back in his car.

The manager also claimed Phares called Burger King and threatened to “…shoot up the establishment with his AK-47.”

When confronted about the incident by investigators, Phares denied owning such a firearm and said he never pulled one on anybody. He also said he called the restaurant to apologize for the argument

He’s charged with threats of terrorist acts and wanton endangerment. He is being held at Potomac Highlands Regional Jail on a $50,000 bond.