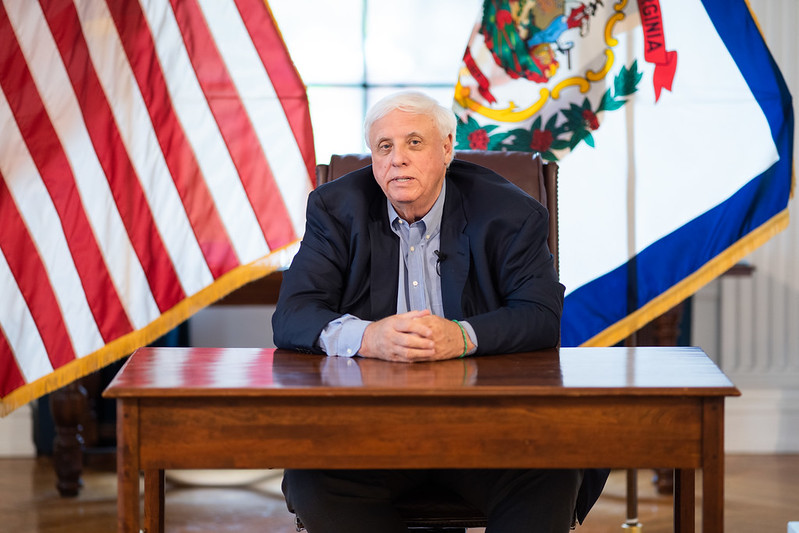 Gov. Jim Justice today expressed support for a holistic approach to gun violence in America, although he spoke broadly about national character rather than advocating specific policy ideas.

Justice suggested that proposals like bans on semi-automatic weapons would not resolve the problem.

“The reality of this whole thing is this, just absolutely taking an aspirin for cancer is not going to do anything. It’s not going to cure anything,” Justice said at a briefing today about several topics.

West Virginia’s governor broadly described an approach to address mental health issues, isolated and angry young men and school security. He also said people as young as 18 should not have access to semi-automatic rifles.

“Until we’re willing in this country to take an all-in, an all-comprehensive approach and we’re willing to use good logic and common sense, these tragedies will continue,” Justice said. “We should do anything and everything.”

National debate over gun safety was renewed after a spree of mass shootings, most recently the killings of nineteen elementary school students and two teachers in Texas.

The gunman in Uvalde, Texas, bought a semi-automatic rifle from a local sporting goods store the day after turning 18, authorities said. He returned days later to buy 375 rounds of ammunition and then an AR-style rifle.

The mass shooting in Texas was just a little more than a week following another where 10 people were killed in a grocery store in Buffalo, New York. The shooter there, also 18, used a Bushmaster XM-15, purchased from a gun store. A background check apparently came up clean even though the shooter had been ordered to take a psychiatric evaluation almost a year ago.

Across the nation, discussions have included additional support for mental health services, support to ensure entrances to schools are limited, red flag laws allowing temporary removal of weapons from people representing a danger to themselves or others, raising the legal age for gun purchases, banning high-capacity magazines or expanded background checks.

In West Virginia last week, Bishop Mark Brennan of the Wheeling-Catholic Diocese called for state residents to unite in prayer after last week’s school shootings in Texas. But a statement from the bishop went on to say concrete action is also necessary. Specifically, the bishop said “the governor should call a special session of the Legislature to ban assault weapons. That’s a start.”

Asked specifically by reporter Steven Allen Adams of the Ogden Newspapers about calling a special session to address gun safety, Governor Justice declined to say he would. At one point, the governor said some homeowners might need AK and AR-style firearms for protection.

“This situation is so complex it’s unbelievable, and people are not going to do anything about it until we address the whole,” Justice said.

“The whole is absolutely, simply just this. Just think of what is going on all across America today. The crime wave is unbelievable. We’re saying to people ‘You can break into any store, you can break into any house and you can take whatever you want up to a certain value and we’ll just slap your hand a little bit and turn you loose tomorrow.’ And a lot of those people have big time mental health issues, and a lot of people are carrying guns and they’re in your house. We’ll absolutely you may need an assault weapon to be able to protect your house.”

“We absolutely know without any question, to me, at least, that why in the world is an 18-year-old buying an assault weapon? A 21-year-old, I’d welcome it,” he said.

Reporter Curtis Johnson of WSAZ-TV later pressed the governor on what policies he might support as part of the comprehensive approach he had advocated, including the age limit that Justice had mentioned. “When do you take step one?” Johnson asked.

The governor’s response again invoked the possibility of raising the age limit on high-capacity firearms. But “to have an assault weapons ban in this country, we don’t need that. We don’t need that,” he said.

“Absolutely, in my opinion, we should amp up the mental health programs, because there are so many problems across the country, it is off the chart.”

At a different event today, Senator Joe Manchin described some optimism about talks that could lead to some federal response on gun safety. Manchin, D-W.Va., also described the possibility of an increased age requirement.

Responding to a question about school security, Manchin pointed out that such efforts have been under way for years, with funding meant to make schools safer and efforts focused on allowing only one entrance.

“I think our schools can always be safer, no matter how safe they are,” he said.