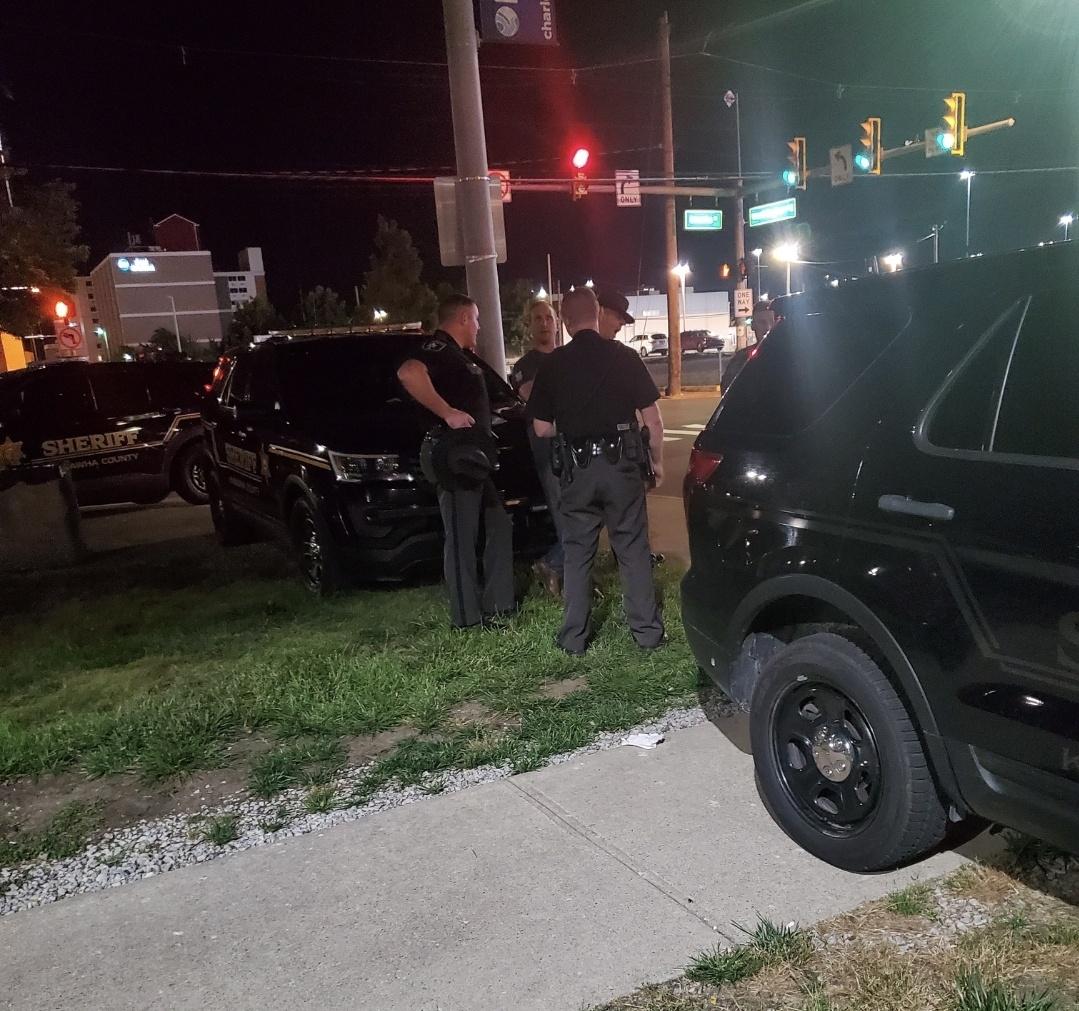 Police officers stand outside CAMC General in Charleston where one of the deputies was taken. (Photo/MetroNews)

BIRCH RIVER, W.Va. — A suspect who survived a deadly shooting with Nicholas County deputies has been identified and taken into custody.

The shooting happened Friday night in the Birch River area. Two Nicholas County deputies were shot while trying to execute a warrant. One deputy died. The second deputy was shot in the leg.

An unidentified suspect was killed. Kelly, the second suspect, was taken into custody.

The injured deputy is recovering at Summersville Regional Medical Center.

Gov. Jim Justice was among those to confirm the death and injury in a social media post.

“Tragically, a Nicholas County Deputy was shot and killed when responding to an incident earlier tonight. Another Deputy is in critical condition…” pic.twitter.com/6he9ygFZJh

Former Nicholas County Senator Greg Boso also posted on social media that one of the deputies had died.

“Tonight we mourn for a fallen law enforcement officer lost in the line of duty, a good friend,” Boso wrote. “Please join me as we pray, too, for another wounded #LEO. Please pray for their families.”

A suspect was killed and a second suspect taken into custody after the shootout, state police said.

Del. Heather Tully, R-Nicholas, told MetroNews the situation is a tragic blow to a tight community.

“We are very concerned. We are a close-knit group of folks. We offer our prayers to the families,” Tully said.

Travis Lawson, 22, of Nettie, died on May 10 in an off-duty motorcycle crash. The crash occurred on state Route 39 at Nettie.

Friday night’s death marks the second on-duty shooting death of a Nicholas County deputy in the last 20-plus years. Deputy William Giacomo was shot and killed by a man he was processing for a DUI in September 2000.