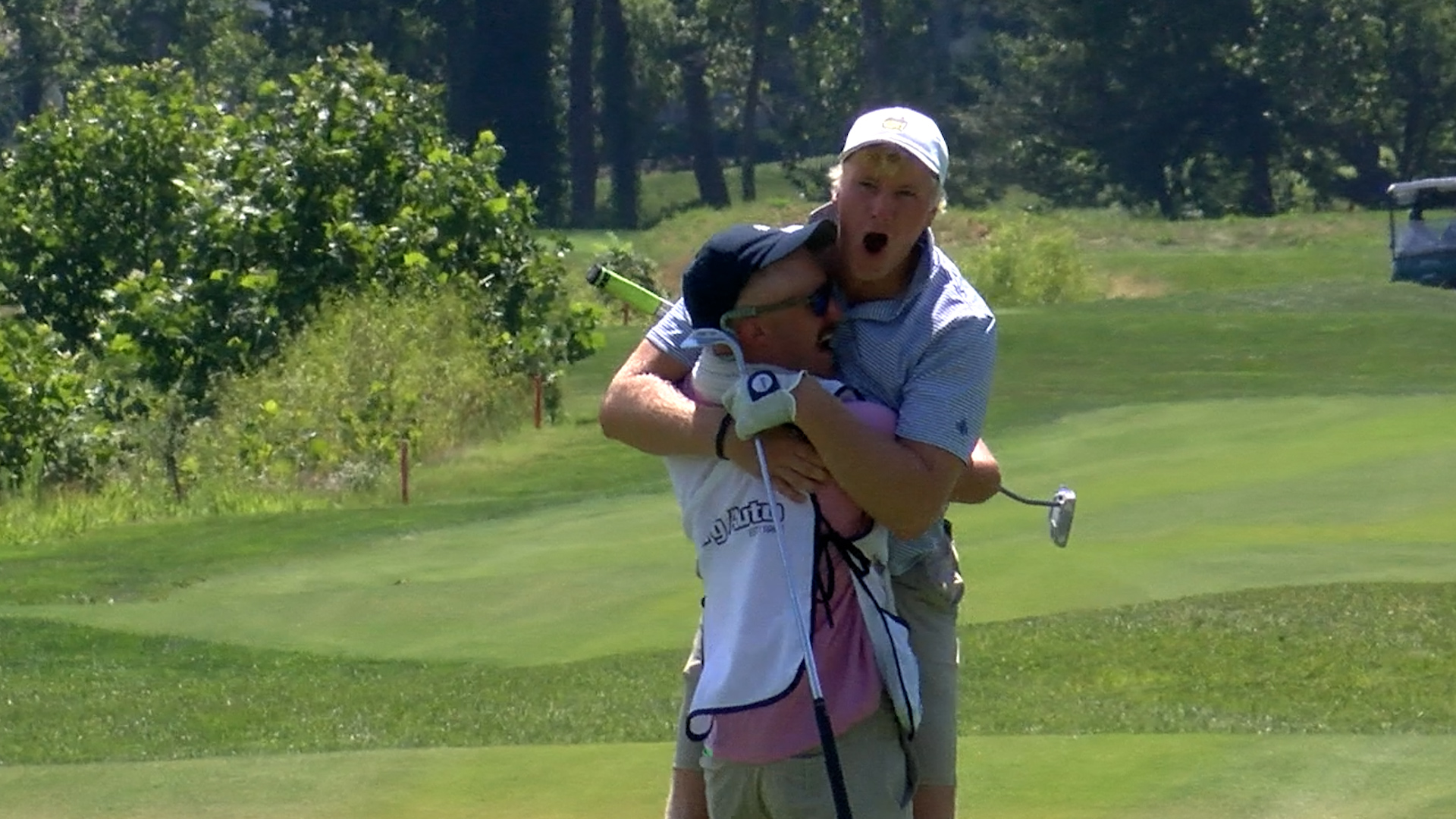 WHITE SULPHUR SPRINGS, W.Va. — Playing with the lead for the final nine holes at the West Virginia Amateur, Noah Mullens nearly put the tournament out of reach with a stroke of genius on the 17th hole at the Old White. Mullens chipped in for eagle on the par five, extending his one-shot lead to three, sealing the championship.

Playing in the second-to-last group, Mullens approached his third shot from just short of the green and it was a stroke that he and his playing partner, 13-time champion Pat Carter recently practiced.

“It was actually funny because me and Pat a little while ago worked on that little 40-yard shot. I don’t really know. I practiced it a lot. And it just went in,” Mullens said.

“Pat has always been great to me and helping me. He always keeps track of me. To do it with him right there is really special.”

Despite a bogey on his final hole, Mullens secured the championship when Cam Roam’s birdie attempt on the 18th hole slid by, giving the Cabell Midland and Marshall University graduate his first title in the event.

The Milton native started the day trailing Davey Jude, Ryan Bilby and Roam by a single shot. Mullens played bogey-free golf until the final hole and took a lead he would not relinquish just after the turn to the back nine.

“I started out real steady and made a couple ten-footers for par. I was able to get one to go in on 5 for birdie.

“I was able to get another one to go in on 9. And then I made about a twenty-footer on 10. That kind of calmed me down a little bit and I kind of just rode the wave. They said I hit eighteen greens today.”

Mullens struggled in his third round Tuesday on the Meadows Course, shooting a 74. But on the two rounds at the Old White, he shot 7-under.

“I felt a lot better today than yesterday. Yesterday I was really nervous. But today, I was just excited and ready for the day. I just picked my spots and gave myself every opportunity.

“This is awesome. This is my favorite event of the year. We travel to a lot of good places, a lot of cool places and play. But when you win your state am, it is something special.”

Roam and Jude finished tied for second at 3-under. Bilby and Nick Dent tied for fourth at 3-over.