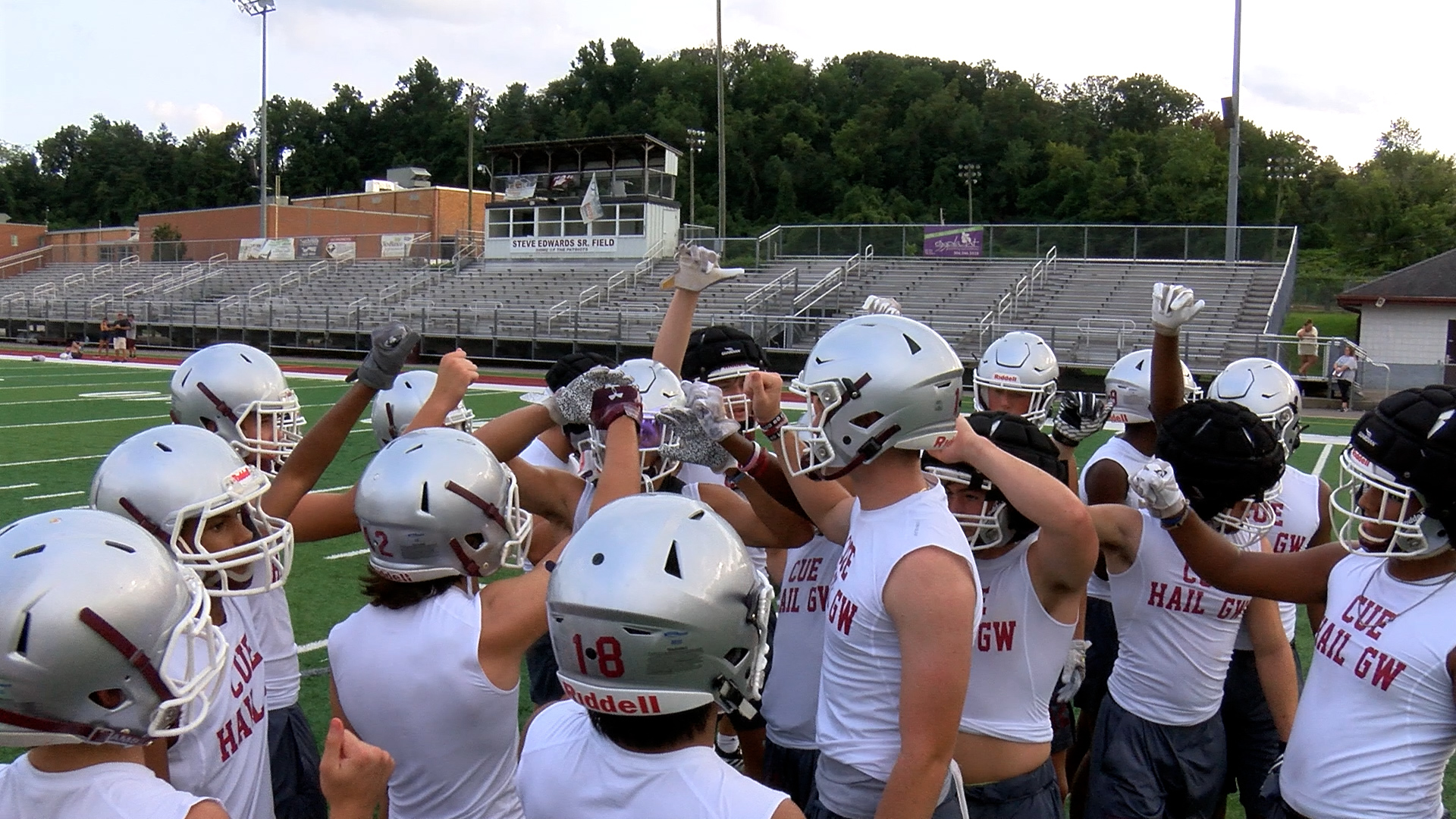 CHARLESTON, W.Va. — George Washington won a postseason game for the tenth time in fifteen seasons last fall. The Patriots posted an 8-4 record and half of their losses came to state runner-up Huntington.

“I thought they had potential. But potential means you didn’t do anything. They ended up being a pretty good football club. They did a nice job,” said George Washington head coach Steve Edwards, Jr.

In the first month of the upcoming season, GW will face Cabell Midland, Hurricane and Huntington. All are top-tier teams in the MSAC. The Patriots took to the air on 44 percent of their snaps last season and junior Abe Fenwick is back for his second season as the starting quarterback. Fenwick tossed 22 touchdowns a year ago.

Fenwick will be joined in the backfield by several returning running backs, including sophomore Keegan Sack. He accounted for 669 yards from scrimmage and 7 touchdowns.

“At the beginning of the year, I just came in here trying to prove myself,” Sack said. “I had the confidence that I was good enough to play. Throughout the year, it kind of just fell into place.”

“Keegan Sack is as good as any there is,” Edwards, Jr. said. “Anthony Valentine is as good as there is. And Klay Matthews — I’ve got three pretty good backs. If think they are as good as anywhere and they are going to have to share the load a little bit.”

Edwards is hopeful to utilize a balanced offense but is willing to ride the hot hand with whatever is working.

“If we can throw it, we are going to throw it,” Edwards, Jr. said. “If we can’t, we’ll see what else we can do. We would like to be able to run the ball a little bit more. 50-50 is always good. Whatever gets me in the end zone I am happy with. I like to run that play.”

A pair of returning senior starters can be found on the lines. Isaiah Ayres is joined by Virginia Tech commit Layth Ghannam. Ghannam pledged his verbal commitment to join the Hokies in June.

“The whole environment there, the staff, the facilities, the recruiting class, that is a big part of it too,” Ghannam said. “We are just all really getting close with each other. I am excited for next season.”

“He has all the intangibles,” Edwards, Jr. said. “He has the reach. He has the hands. Eleven-and-a-half inch hands, that’s huge. I think his future is going to be inside. But here at GW, he is my tackle for sure.”