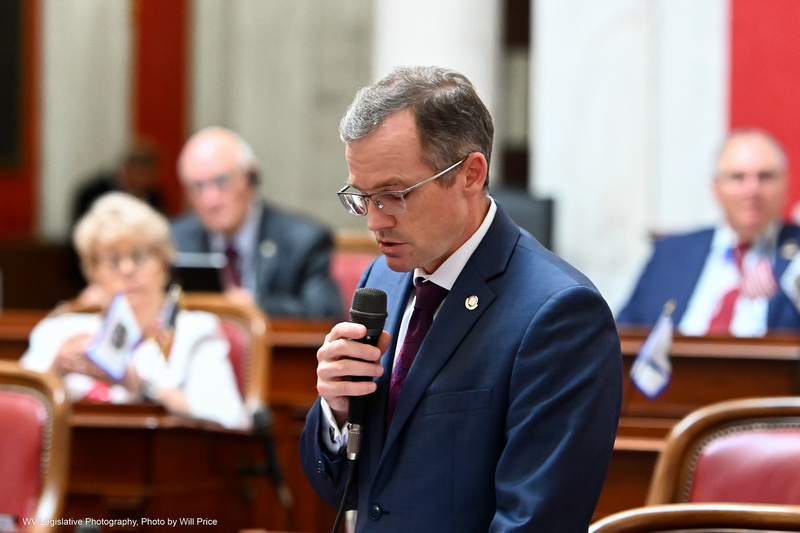 CHARLESTON, W.Va. — Whether or not state leaders can come to an agreement on a tax cut plan remains to be seen but some of them have been talking about the possible melding of the House and Senate plans in the week plus since the legislature broke off their special session.

The 134-member legislature left Charleston on July 29 after a week-long special session. Gov. Jim Justice called them there with a single item on the agenda. His proposal was to reduce the state’s personal income tax by an average of 10% over all five wage classifications.

The House of Delegates agreed with Justice but the Republican super majority in the Senate didn’t. Instead senators passed a resolution spelling out their own tax plan which focuses on reducing property-based taxes following the vote on Amendment 2 in November.

House Finance Committee Chairman Eric Householder, R-Berkeley, said there’s momentum in the House for what he calls a “hybrid plan.”

The plan would include the governor’s plan plus cutting some, not all, of the personal income tax categories along with business inventory taxes and taxes on things like furniture, fixtures and computer equipment, Householder said.

Householder said the hybrid plan has to start with the House-passed governor’s plan.

“I think many of us have said we can do both. I think there’s a path forward,” he said.

Householder said executing the plan would be contingent on Amendment 2 passing. That would change the state Constitution to allow the legislature to consider elimination personal property taxes and the Business and Inventory Tax.

The exact wording of Amendment 2 on the upcoming ballot:

Senate President Craig Blair, R-Berkeley, said doing the governor’s plan would make it “totally unaffordable” to do the personal property tax plan that would be available with the passage of Amendment 2.

“When you vote for something it comes with expectations. We in the Senate intend to fill those obligations,” Blair said.

Senate Finance Committee Chairman Eric Tarr, R-Putnam, said last week he also believes there could be room for a compromise but there remains a significant unanswered question.

“The point of contention is– do you do one before the other or do you do both at the same time? That’s what we are trying to figure out,” Tarr said.

Tarr said the reason the legislature is able to do tax cuts at all is because lawmakers, working with the governor, have been able to hold a flat budget for the past four years. He said the money saved in spending in the base budget compared to increasing revenue is more than $590 million. He said that money can now be used in part to backfill what the state’s 55 counties would lose when the personal property taxes are eliminated.

Tarr said the backfill will take about $558 million. He said that would leave $32 million which is far less than the $250 million that the governor’s income tax plan would cost.

Tarr said the Senate plan includes a triggering mechanism that begins to phase down the personal income tax as sales tax revenues increase.

“It will drive job growth, population growth, and prosperity in West Virginia. But the most important thing to do is get started right away,” Justice said on July 20 when he announced the special session. “In the past year, gas prices have gotten out of control and inflation is through the roof. West Virginians need help right now.”

The relief would include a refund of personal property taxes paid on vehicles last year costing $140 million. Another $26 million would be used to increase the monthly of some of the oldest and longest working state worker retirees from $750 a month to $1,000 a month. There would also be a one time payment for that same group of a one time $1,500 payment.

The special session won’t resume until Blair and House Speaker Roger Hanshaw, R-Clay, call their members back to the capitol.

Tarr said all involved are willing to talk about the best plans moving forward because they all see opportunity but he said the state can’t settle for a quick minimal tax cut when something more meaningful is possible.

“What we don’t want to do is take money that blocks spending of money that grows West Virginia so there’s more money to have in the future,” Tarr said.

Householder said the Republican-controlled legislature has been talking about tax relief since 2015. He said it’s a process and he chooses to be optimistic.