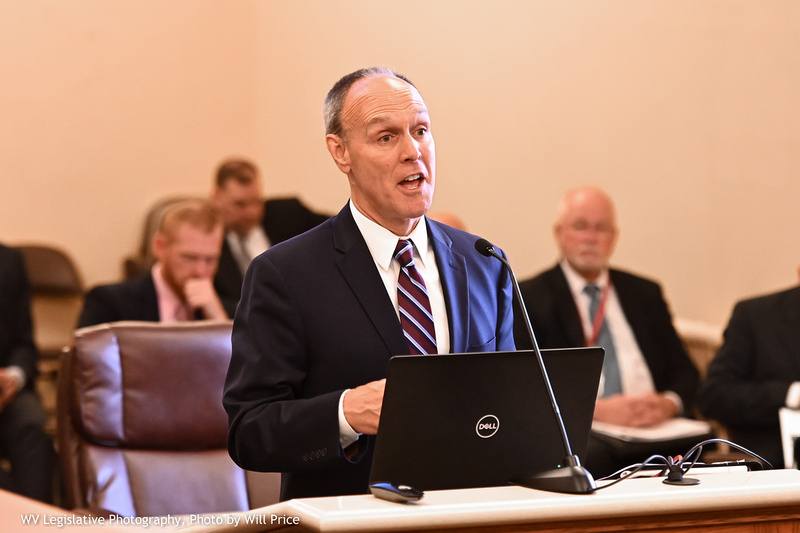 CHARLESTON, W.Va. — More people are working in West Virginia since the start of the COVID-19 pandemic, according to state Economic Development Secretary Mitch Carmichael.

“That’s 127,000 more people working in that period of time, which is the fastest growth rate in the history of West Virginia,” Carmichael said on Tuesday’s MetroNews “Talkline.”

The state is recovering as more job opportunities are being announced statewide.

“That doesn’t even include the announcements of future jobs,” Carmichael said of the numbers. “This is just current employees. The future jobs are probably over 5,000 jobs.”

Is West Virginia having a moment when discussing the economy? Will this trend of new companies coming to WV continue? @SecCarmichaelWV discusses the state's economy with @HoppyKercheval. WATCH: https://t.co/yCFQ3nDJuy pic.twitter.com/Yym2XPT6Ji

Carmichael said the state is on a trend “that will continue to accelerate.” There have been 18 economic development announcements, many among green energy companies, in the last year.

Among the projects is Nucor Steel in Mason County. The company plans to build a $2.7 billion production facility and hire up to 800 employees. Last week, Green Power Motor Company in Kanawha County opened an all-electric school bus manufacturing facility with a goal of reaching up to 900 new jobs by 2024. Pure Water announced plans last week to manufacture all-electric boats in Brooke County. In June, medical logistics company Owens and Minor broke ground on a new distribution center in Morgantown.

Gov. Jim Justice has hinted at even more business growth in the near future.

“We have a prospect list that is very vibrant,” Carmichael confirmed on “Talkline.”

Meanwhile, there is a massive effort to train workers in West Virginia. On Friday, a coalition of West Virginia partners announced $62 million in federal funding along with another $26 million in matching funding from non-federal sources. The Justice administration also pledged $2 million.

The money is coming to the Appalachian Climate Technology coalition (ACT Now), led by Coalfield Development Corporation through revitalization grants.

Coalfield Development Corporation CEO Brandon Dennison said on Tuesday’s MetroNews “Talkline” they will use the money for eight projects. Half of those projects will include new construction in Huntington, Charleston, Logan and Wayne. The remaining projects will include expanding the renewable energy sector, hiring local workers to reclaim surface mines, increasing labor force participation and increasing community engagement.

There is a lot of federal money being poured into coalfield communities. How will this money impact these communities? Brandon Dennison, CEO of @CoalfieldWV, provides his insight on this news to @HoppyKercheval. WATCH: https://t.co/yCFQ3nDJuy pic.twitter.com/2xL0X5HfcW

“We’re going to invest upwards of $5 million of new investment, some grants and some loans, into that building to bring it back to life,” he said. “We’re going to have a technology center for remote workers with access to high speed internet.”

“I think the goal is to keep people here. A lot of retraining is involved in this. The thing that we’ve never done a good job at is taking the skilled workforce we have and providing them with different skills,” Sutton said.

Sutton said the Capital City and state as a whole has “the ability to jump start an economy that is just getting off the ground.”

“We have to be at the forefront of it,” he said.