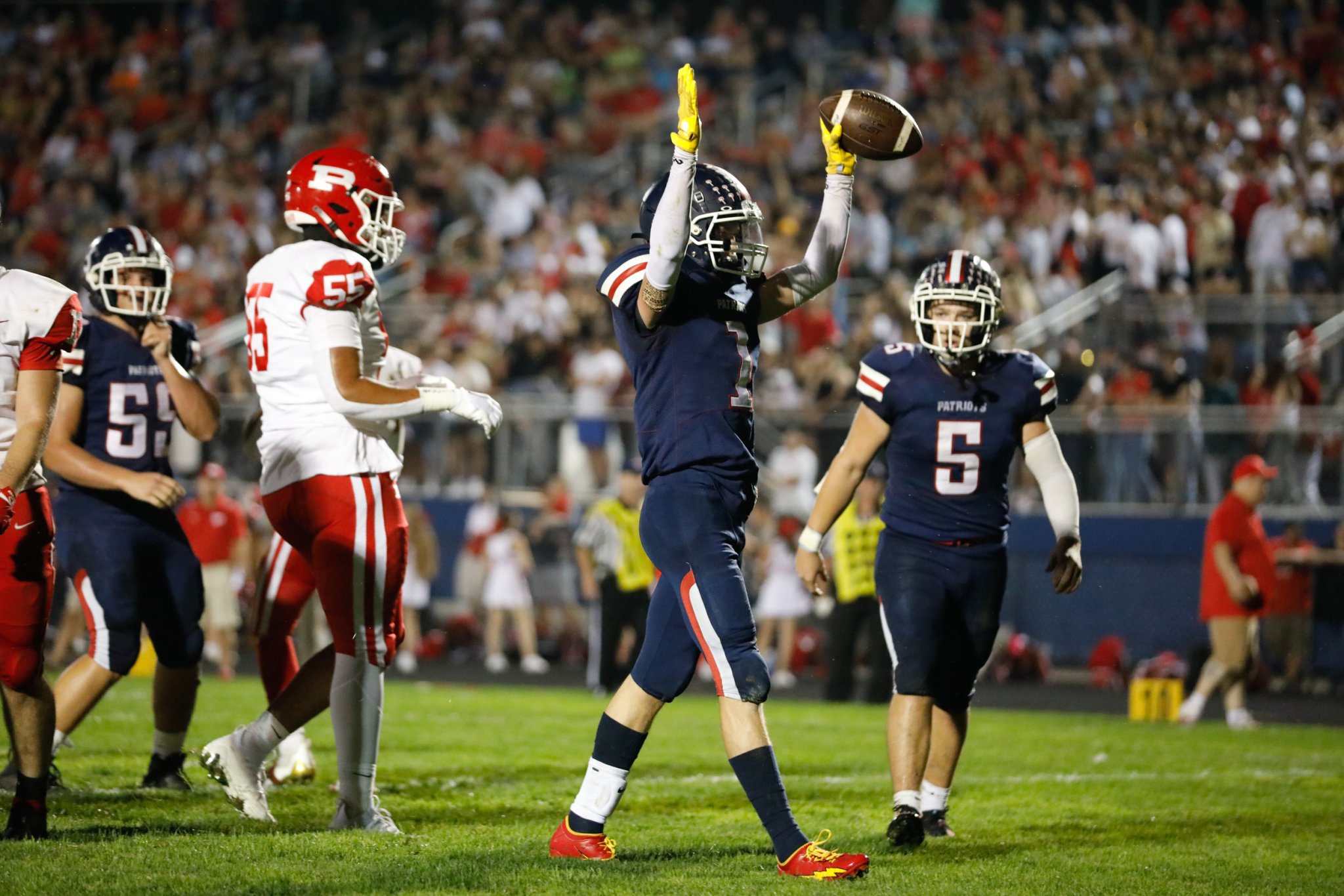 — By Jay W. Bennett, The Parkersburg News and Sentinel

PARKERSBURG, W.Va. — Nathan Tanner had plenty of weapons this year at Parkersburg South.

The head coach for the Class AAA state runner-up Patriots is going to miss one of the top ones in senior Cyrus Traugh.

“He’s the best receiver I’ve ever coached,” Tanner said. “First, I saw his competitiveness. I haven’t had many kids as competitive as he is. I think when you mix his confidence and swagger with the competitiveness, I think that’s what makes him special — his skill set. He’s really fast. Super elusive.

“He’s strong with the football in his hands. He’s a really good route runner. He’s good in the backfield as well. He puts up huge numbers in special teams. I think he had three defensive touchdowns. Anytime the ball is in his hands something special happens. Those intangibles are what makes him different.”

Traugh, who grabbed 84 passes for 1,200 yards and had 19 receiving touchdowns, was honored with the Moss Award by the West Virginia Sports Writers Association.

“That’s pretty cool. There’s a lot of guys this year. It was a fun season for sure,” said Traugh, who has given his verbal commitment to Youngstown State.

“I was hoping I got something. I really thought this was my best year. I just didn’t really know how it works. That’s cool. I appreciate that.”

The 6-foot, 170-pounder still has some unfinished business left on the hardwood. The second team all-stater as a junior was a key cog for last year’s state runner-up Patriots.

Traugh scored 150 points this fall and finished with 2,186 all-purpose yards. He had a 63-yard run in the state title game loss to Huntington and finished the campaign with 161 ground yards on 12 attempts with one score.

He returned 18 punts for 401 yards with two touchdowns, which included housing one from 89 yards versus Wheeling Park at Erickson All-Sports Facility.

“That was one of my favorite games this year. We really went at it,” admitted Traugh, who enjoyed going up against Park’s Jerrae Hawkins. “He was guarding me 1-on-1. I got him to bite one way and it was a post across the field and the ball was kind of underthrown. I got the chance to go up and get it and caught it in the end zone. There was a flag at the beginning of the play.

“It didn’t count. I was really talking to him on that one, too. Next thing I turned around and it didn’t count and he was laughing. I’m actually cool with some of those other good players like (Huntington’s) Wayne Harris and Jerrae. It’s cool to kind of have a relationship with guys like that. This year was for sure fun. I’m really glad we got to pull out a good season.”

The Patriot averaged 34.3 yards on his nine kickoff returns. Along with a 45-yard fumble recovery for a score, Traugh broke up 10 passes, intercepted eight and had two pick-6s.

“Right before the half against PHS he ran a vertical route in between the hashes and as soon as he turned his head the ball was right on him. To common folks watching it they may not realize how tough of a catch it was. The reaction time he had to get his hands up in front of his face like he did was ridiculous. Only elite players do that. He makes the catch and made three or four people miss and he scored.”

The one thing the Patriot is most proud of is going from a 1-7 sophomore campaign to the state championship game two years later.

“It was just a bad year. The COVID year we had like two weeks to practice before the first game,” Traugh recalled. “After that year was my junior year. We went 5-6 on the whole season. We got killed in the first round of the playoffs, but we always were young. My sophomore year we had the same guys playing.

“This year it just clicked. We had the age and experience and we didn’t really have anybody new. We really just came together this year and I feel that was the best part about it. We were able to overcome those last couple years and just come out and put on a show for South.”

Traugh will be honored at the WVSWA Victory Awards Dinner May 7 at the Embassy Suites in Charleston.