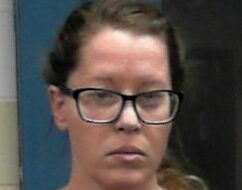 WESTON, W.Va. — A Lewis County woman is in custody after allegedly stabbing to death her three-month old child.

Krista Brunecz, 31, was arrested Friday in connection with the Dec. 30 death. The injured infant was found by police after they had been called to an apartment complex. Brunecz had suffered self-inflicted stab wounds.

Brunecz is charged with death of a child by a parent, guardian or custodian or other person by child abuse.

She’s being held in the North Central Regional Jail. Bond has not been set.

The Lewis County Sheriff’s Department is investigating the case.