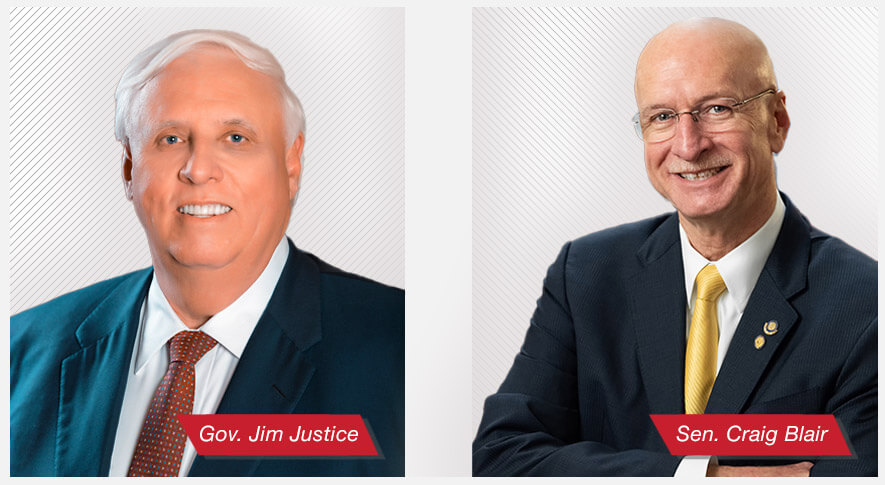 Gov. Jim Justice appealed to West Virginia residents to support his proposed 50 percent income tax cut, saying regular citizens would benefit. “This moment is for Toby and Edith,” the governor said of his favorite imagined state residents during a livestreamed “Town Hall.”

A few minutes later and a floor above, Senate President Craig Blair offered a rebuttal, contending the governor’s numbers will lead to financial peril and countering that senators are putting together a 50 percent tax cut of their own.

“The Senate is working on a plan to reduce personal income tax 50 percent, but we’re going to do it in such a way that it’s responsible spending,” said Blair, R-Berkeley.

So, taxpayers, if your head is now spinning, yes, two rival 50 percent income tax cut proposals may be emerging.

Blair clarified that the Senate idea is envisioned as a 50 percent cut up front. But, he said, “We’re not done yet. The reason you haven’t heard of a Senate plan is we’re bringing in tax experts. We’re bringing in people and asking the questions.”

Governor Justice, a Republican, has proposed personal income tax cuts of 50 percent over three years. The House of Delegates overwhelmingly passed the bill representing the tax cut this week. Senators have been more skeptical.

The reduction is structured as 30 percent the first year, then 10 percent each of the following two years. The same percentage reductions would be applied to all the current tax brackets.

Right now, West Virginia is running a budget surplus of hundreds of millions of dollars. But that’s based on several factors, including high energy prices that have produced high-performing severance tax returns and artificially-low state revenue projections that have enforced relatively “flat” budgets for several years in a row.

The Justice administration has hosted a couple of morning meetings about the tax proposal. But Blair characterized communication as minimal. “Zero,” Blair said.

“The Senate has not been involved for the last two months, nor invited to be part of the process in drafting this tax plan.”

Legislative officials are also talking about the many additional expenses of state government.

For example, lawmakers are running a bill for additional support in early-grade classrooms that could cost about $100 million a year. Lawmakers are also talking about the need to increase pay for corrections officers in response to more than a thousand vacancies that caused the governor to declare an emergency.

Then there’s ongoing discussion of the Public Employees Insurance Agency, which is projected to be underwater by more than $300 million in just a few years.

“Nobody’s telling us what they’re willing to give up to get there,” Blair said. “He’s spending monies that he still doesn’t have.”

“We have supermajorities. We ought to help our fellow citizens and give them the tax relief they’ve been asking for for years. And here’s the opportunity to do it with the governor’s bill,” Householder said.

He continued, “We’re going to stress upon our Senate colleagues that this is fair for all West Virginians. This is what they’re wanting, and if not I think it’s going to be pretty bad for Republicans across the board.”

Justice, in his Town Hall event, said he isn’t looking for a fight with senators. “Let’s don’t drift into bad thoughts,” he said. “Let’s stay positive.”

The governor added, “We’re going to celebrate with the Senate, and everybody’s going to run across the finish line.”