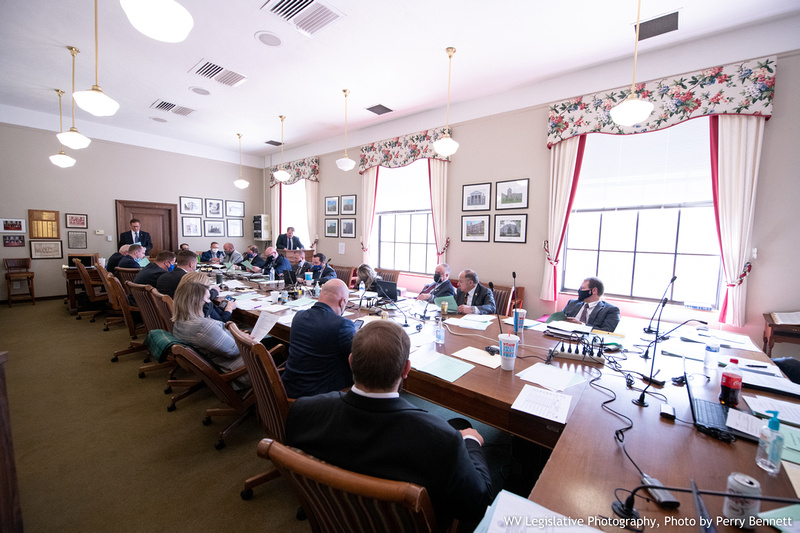 The full House of Delegates will now consider a harm reduction bill that has gone through several changes during the legislative process.

The House Judiciary Committee this morning approved a bill that would require state licensure for community harm reduction programs, including needle exchanges. The bill includes immunity for providers and civil penalties for non-compliance, from $500 up to $10,000.

The version of the bill that passed the committee stripped out a provision requiring approval by local governments or county commissions to approve the programs.

The full House took the bill up right away later this morning for the first of three readings.

Delegate Mike Pushkin, D-Kanawha, thanked committee leaders for their work to hone the bill. But Pushkin said he still could not support the bill. He described the bill as, largely, the result of emotional reaction.

“These programs are a direct result of drugs being dumped into our state,” he said, “all the worst elements that lead to the worst addition problem in the country.”

He added, “I think this would be better taken care of by local governments and local communities.”

“Some people really believe these should be unregulated, and some people believe they shouldn’t exist at all. My job is to ensure that we come up with a solution that not only protects our communities but also decreases the spread of communicable diseases.”

Critics of the bill as it first passed the Senate said it would be so restrictive that no syringe exchange programs could be sustained in West Virginia.

“I think the science is very clear that without some of these harm reduction programs in place we’ve seen a spike in communicable diseases in our communities,” he said. “Obviously that comes at a cost to the taxpayers of West Virginia, whether that’s HIV or hepatitis.

“We also know we want these programs to exist above board, and I think the best way to do that is to provide some type of regulatory framework.”

The House Judiciary Committee spent much of its time Wednesday morning considering an amendment by Delegate Chris Pritt that would have removed elements of the bill dealing with federal reimbursement for harm reduction programs. After other delegates said that was too broad, Pritt agreed to change the amendment to focus on syringe exchanges.

“It just amends the amendment so we don’t have state tax dollars going to the exchange program.”

Pushkin and others pushed back that the syringes are inexpensive, are provided for free and are typically not the subject of federal reimbursement.

“It’s unnecessary because it’s not happening and it’s not going to happen,” Pushkin said.

Cathy Slemp, the former state health officer, testified before the committee. She said one case of HIV may carry a medical cost of $500,000 while an annual cost for a community harm reduction program is a little more than $100,000.