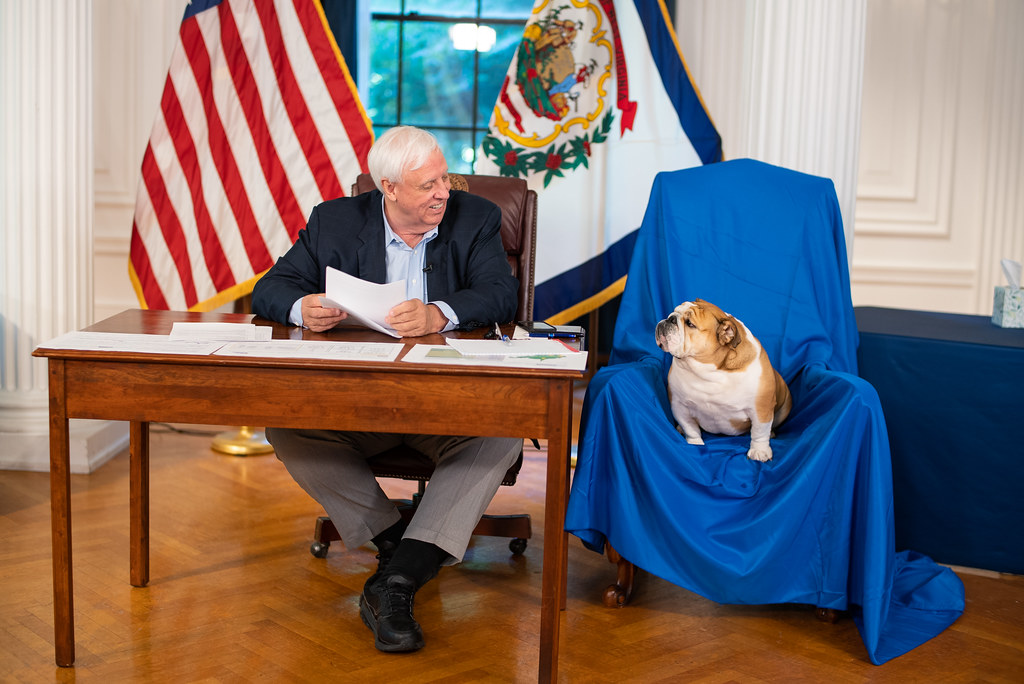 For some individuals vaccinated for the coronavirus, it was a West Virginia Day like no other.

Gov. Jim Justice and first lady Cathy Justice announced the first winners of the “Do It For Babydog: Save a life, Change your life” sweepstakes, in which people who received at least one vaccine dose were eligible to win $1 million and other prizes.

The effort was named after the governor’s English Bulldog, who joined the Justices for a ceremony on the steps of the state Capitol.

The lottery was an attempt to motivate unvaccinated West Virginians to receive the shots. The state will stop taking new registrations for its “Beat 588 Bad” program on Sunday at 11:59 p.m, in which people between the ages of 16 and 35 can receive either a $100 savings bond or a $100 gift card.

“You’re in a drawing right now if you choose not to get vaccinated, and the drawing is the drawing for your life.”

The governor and the first lady announced the prizes winners, in which most people attended Sunday’s ceremony:

West Virginians who are 12 years older and older can receive vaccine doses.

Additional lottery drawings will take place weekly. The final drawing will take place Aug. 4, in which there will be a grand prize of $1.588 million and a $588,000 second prize.

Sunday also marked the end of the statewide mask mandate. The governor altered the order in May to require only unvaccinated West Virginians to wear facial coverings in public settings.